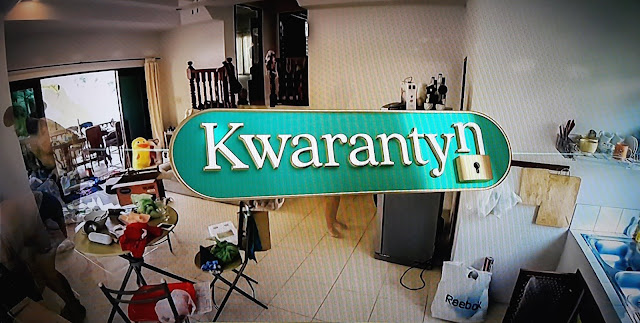 MultiChoice and it's Afrikaans M-Net division have once again been engulfed by a racism scandal after a contestant in its Afrikaans Kwarantyn reality show broadcast on DStv shockingly uttered a racial slur on live television on Thursday night.

kykNET boss Karen Meiring on Friday morning in a video conference call with the media that was pre-arranged and supposed to highlight upcoming new content, cancelled the day's media briefing and told journalists that what "What happened last night in Kwarantyn is completely unacceptable".

"The Kwarantyn issue requires our full attention today. Unfortunately we have to postpone this because we have to take issue in terms of what happened last night and we have to handle that."

"It's really a serious issue for us and we will let you know the outcome. To sit with you for 2 hours honestly wouldn't feel right to me in terms of what is happening right now."

"Together we will, with all of these things happening in our society and the things we have to address as Afrikaans-speaking people in this country, together we will get through it. Today we have the responsibility to address something and we feel very, very serious about it and that is what we are going to do now." 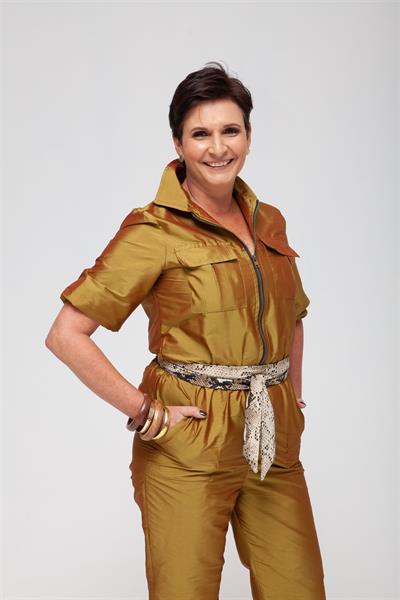 So far there has been no official comment from MultiChoice or its Afrikaans M-Net division, or what is happening to Kwarantyn that runs as a kykNET-produced pop-up channel on DStv channel 149, or the contestant.

A contestant in the Red Pepper Pictures produced show uttered the "K"-word racial slur on Thursday night which broadcasts the Le Roux and Scheepers families living in two adjacent homes in Johannesburg competing for prizes with the first Big Brother South Africa winner Ferdinand Rabie as the presenter.

During an in-show competition on Thursday night - day 16 of the show that is supposed to stretch over 50 days - the 49-year old, "nice white mom" Jana le Roux uttered the derogatory and offensive "k"-word slur.

By Friday afternoon kykNET has not decided to, or taken any action, to immediately remove Jana le Roux from Kwarantyn, and MultiChoice and M-Net failed to terminate the programme to show that it won't stand for racism or racist behaviour.

Jana le Roux has not apologised in any public statement.

kykNET in a terse statement Friday afternoon said that "Thursday evening in the programme Kwarantyn a racist remark was made that goes against the constitution, the spirit of the programme and kykNET".

"The channel apologises to everyone who has been offended by this. kykNET remains committed to a non-racial society, without discrimination."

"kykNET doesn't shy away from the responsibility to tackle and highlight historical and current complex issues. The situation requires decisive action and is managed with urgency," said Karen Meiring, the director of M-Net's kykNET channels in the statement.


South Africa's Broadcasting Complaints Commission (BCCSA) told TVwithThinus on Friday afternoon in response to a media enquiry that it received three complaints, has opened a case over the Red Pepper Pictures produced show and is waiting for MultiChoice to respond.

Unlike third-party acquired channels the Kwarantyn pop-up channel is produced by the Afrikaans channels section of MultiChoice's M-Net content division.

"We received three official complaints and we are awaiting the broadcaster’s response," the BCCSA says. 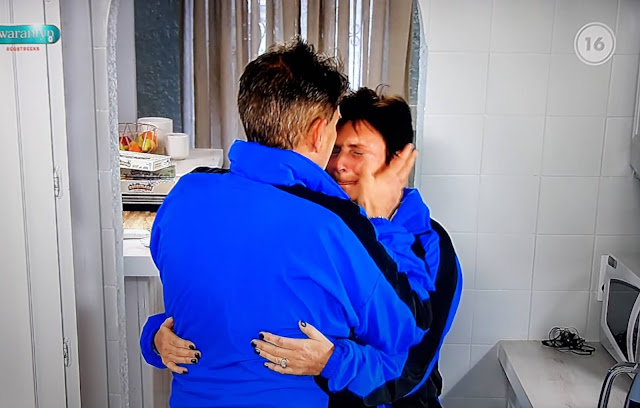 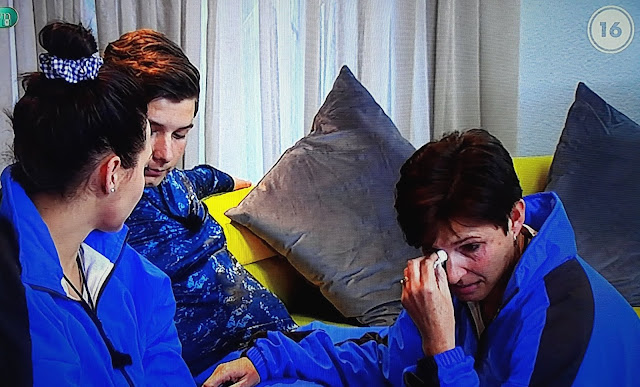 UPDATE Friday 26 June 2020 17:00: Mom Jana le Roux is out and has been removed from the show, but MultiChoice and kykNET chose not to end Kwarantyn but to continue the show. The Le Roux family will continue to benefit from on-air exposure and could possibly win R250 000.

Mom Jana de Roux cut a (sym)pathetic figure on Friday afternoon as she cried with her family members on television and hugged her husband as kykNET continued to give her coverage and broadcast her family farewell moments.

Presenter Ferdinand Rabie said that Jana le Roux has been disqualified and is leaving the house.

The producers told Jana le Roux to leave the house at 17:45 on Friday late afternoon.

Earlier on Friday TVwithThinus asked MultiChoice, M-Net and kykNET specific questions in a media enquiry. By the time Jana exited there was no response yet on any of the questions.

Why has MultiChoice/DStv not immediately removed the Kwarantyn contestant and/or family who used a racial slur?

Why has MultiChoice/DStv/M-Net/kykNET not immediately ended/stopped the Kwarantyn show to show that it won't tolerate racism as the company said in the past and will this family still get any money/prizes/benefit/exposure from this DStv channel/programme?

Why has there been no intervention or counselling discussion with the Scheepers and/or Le Roux family?

Why is there no on-air on-channel message from DStv/kykNET to apologise?

What happens to the benefits the family/person already received/will receive through DStv and them staying in the house as part of kykNET's TV show?


UPDATE Friday 26 June 2020 17:45: Mom Jana le Roux leaves Kwarantyn after her on-air racial slur got her evicted from the show, with MultiChoice and kykNET that have chosen to keep the show going instead of terminating the reality series.

"Outside everything will be fine. Don't be worried about that," she tells her family as they all huddle and hug goodbye. "On the Lord," says mom Jana le Roux as she hugs her family goodbye. Then she walks.

"Outside everything will be fine. Don't be worried about that," says mom Jana le Roux after her on-air racial slur and getting evicted from @kykNETtv's Kwarantyn reality series on @DStv. "On the Lord," she says as she hugs her family goodbye. Then she walks: pic.twitter.com/BkYKbtMFQP
— TVwithThinus (@TVwithThinus) June 26, 2020