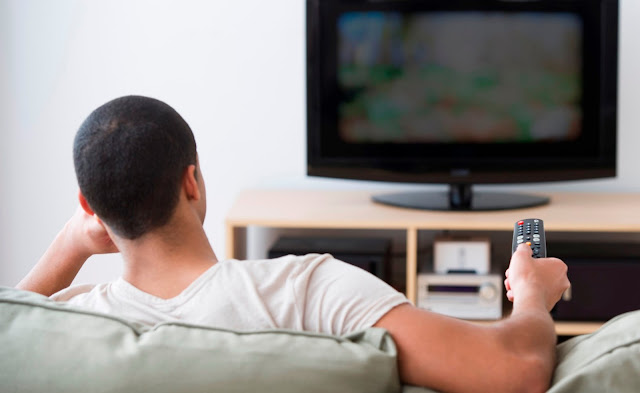 With the country still in a state of lockdown South Africa's already-record TV ratings surge in March continued in April with new and stratospheric viewership highwater marks for top entertainment shows across public television, commercial TV and pay-TV, while news ratings because of Covid-19 coverage climbed by millions of viewers to new eye-watering record levels.

On the SABC's TV channels the locally-produced weekday prime time dramas Uzalo, Generations and Skeem Saam on SABC1, Rhythm City on e.tv, and the top shows on MultiChoice's DStv satellite pay-TV service all shattered their own records to reach their highest viewership for episodes ever.

Even the SABC's struggling SABC3 channel logged a one-night-only viewership surge of over 3 million viewers when it broadcast the Contagion pandemic movie that pulled 4.46 million viewers. The channel's top rating is usually just over 1 million viewers.

On SABC2 the Venda weekday drama Muvhango remained as the channel's most-watched show at a 5.2 million viewers.

SABC3 that is still facing immense systemic problems had an eye-popping reality check about what the channel is really capable of.

The Steven Soderbergh directed film Contagion from2011 did unreal numbers not seen on SABC3 for decades, pulling an eye-watering 4.46 million viewers (12.4 AR, 49.2 share) on Sunday night 5 April. It means that one out of every two TV sets that were turned on that night, were tuned to Contagion.

Besides the mere audience share the 4.46 million is extremely significant since the channel hardly crack the 1 million viewership mark. It also means that advertisers who pre-booked 30 second spots during the timeslot got a massive bonus - getting three times as many viewers against the guaranteed audience level and spot rate they had paid for.

Interesting to note is that Top Billing - although cancelled - remains a very strong performer and keeps punching far above its weight, even in repeats, luring 634 529 viewers in a highly-desirable demographic, during April as SABC3's 15th most-watched show for the month, indicating that it was very likely a mistake to cancel it.

This Top Billing performance also comes from a Saturday 18:00 audience - traditionally the least-watched day and time of the week.

On the free-to-air commercial broadcaster e.tv its two locally produced prime time soaps and double-barrel top performers also continued to build their lead with Scandal! that retaining its crown as the most-watched show on the channel and that already upping its rating from 4.8 million to 5.17 million in March that grew to 6.255 million viewers in April.


Pay-TV on the up and up
While MultiChoice is going without live sports on SuperSport it didn't impact the DStv ratings negatively where the ratings dam level likewise kept rising to new highs.

The new Mzansi Magic (DStv 161) Gomora drama series that made a shocking ratings debut at 1.7 million viewers in late-March surged to a dazzling high of 2.51 million viewers in April, toppling The Queen (something usually only achieved by reality singing competition Idols) to become the most-watched show on DStv.

Ferguson Films' The Queen doesn't have to feel bad though: It edged up from 2.2 million to 2.36 million viewers in April.

As the international and local devastation of the Covid-19 pandemic weaves a horrific, compelling news narrative, viewers keep coming back daily and keep tuning in in record numbers to South African TV news bulletins in every language, across multiple channels.

eNCA (DStv 403) remains the most-watched South African TV news channel. It had the most-watched news programme on pay-TV with 912 336 viewers that grew with Nightline that surged to 1.503 million viewers in April as the 6th most-watched piece of programming on all of DStv during the month. Full View on SABC News (DStv 404) logged a monthly best of 894 917 viewers.

SABC2's Tswana TV news bulletin likewise gained further viewers - in fact, the audience ... doubled. After it showed a massive increase in viewers to 1.75 million in March, it grew to 3.654 million viewers in April adding an unbelievable 1.9 million viewers in just one month.