TV CRITIC's NOTEBOOK. For a channel with 'love' in its name, Moja Love's content is built on a collection of conflict. For how long will its viewers thirst to watch the fight? 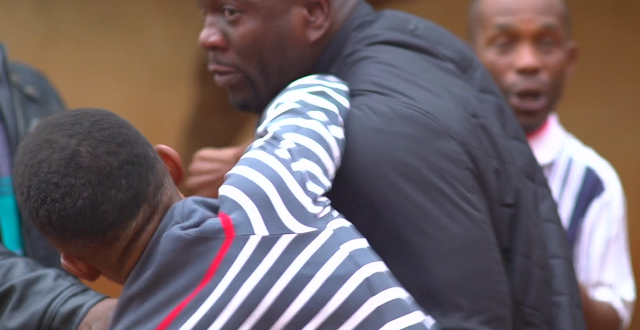 While the channel's name has the word "love" in its title, the bulk of the content on Moja Love (DStv 157) is premised on conflict - it will be interesting to see for how long Moja Love will be able to sustain and build interest and viewership around this, and when or if Siyaya TV eventually moves away from this, how it will make the pivot.

Attending Moja Love's 2019 Content Showcase last week and when watching the sizzle reel, I was stuck by how almost every show was about the physical fighting of people, or tabloid-style trash talking. There's very little at the moment that's truly aspirational or uplifting.

Moja Love might have "love" in its line-up for viewers but clearly focused on showing fighting scenes and verbal put-downs from its various shows to illustrate what its programming strategy revolves around.

When Siyaya TV launched Moja Love on 14 February 2018 it said that the channel would "explain love from the unique perspective of the modern South African woman, using honest, reflective, hopeful and humorous storytelling".

Instead, Moja Love, aimed at reaching a black working class and middle class audience, has clearly taken a heavy tabloid approach to conflict television - an approach with little interest in showing "love" and actual resolution of conflict but more focused on the sensational fighting and lurid confrontations.

To better align with the channel's content proposition on MultiChoice's DStv satellite pay-TV service, perhaps it's better for Moja Love to drop the "love" part and to change the channel's name to Moja Talk, Khuluma, Kunye or some other word more indicative of what the programming actually is.

Moja Love's content offering is currently clashing with its name. It's like calling something Diet Coke while the product you're consuming is actually full of sugar that's bad for you.

What's very interesting and notable is how Moja Love has created a localised version for its black South African audience and successfully adapted what became known as so-called "Trash TV" - the period between the 1980s and first half of the 1990s in the United States where confrontational tabloid television, especially through talk shows, surged in TV production and popularity.

A flurry of highly abrasive tabloid shows and talk shows set up potentially violent confrontations and deliberately focused on showing fighting - physically and verbally - designed for maximum controversy and shock-value - Jerry Springer, Jenny Jones, Maury and many others.

People often appeared on TV after they have been ambushed by the cameras and producers, as shows took a decidedly lowbrow approach to appeal to the lowest common denominator - satisfying its audience thirst for sensational scandal and seeing physical conflict.

It's all fun of course, until somebody gets seriously hurt or killed, which is what happened with Jenny Jones, Jerry Springer and others.

While Moja Love has found big success with confrontational and controversial tabloid shows ranging from Rea Tsotella and Uthando Noxolo to No Excuse Pay Papgeld and the upcoming localised version of Cheaters, Uyajola 9/9 , it will be interesting to see for how long Moja Love will be able to sustain viewership and build audience on and out of this specific genre.

After the death of yet another guest after appearing on Britain's The Jeremy Kyle Show, ITV permanently cancelled the show last week after 14 years, noting that "now is the right time for the show to end".

Beyond just for ITV as a channel, it suggested that after America's"Trash TV" era, British audiences' infatuation with this type of programming has now also run its course. South Africa isn't there yet.

At the moment Moja Love is successfully giving the channel's viewers a version of them they haven't seen on television before. It's new, it's novel and it's built on spectacle and sensationalism whilst being short on actual conflict resolution.

One of the big questions is for how long will Moja Love producers and executives be able to sustain it - and safely? So far nobody has been hurt or died.

As important is the question over what Moja Love will transition to and how will it evolve once viewers have had their fill of this type of content - as what eventually happened in America.

Moja Love should be very careful and exercise extreme diligence in its South African programming to avoid the traps, disasters, death and pitfalls that befell America's "Trash TV" era.

It's fine to fight - but not type of television should be stuck on fight-or-flight mode forever.