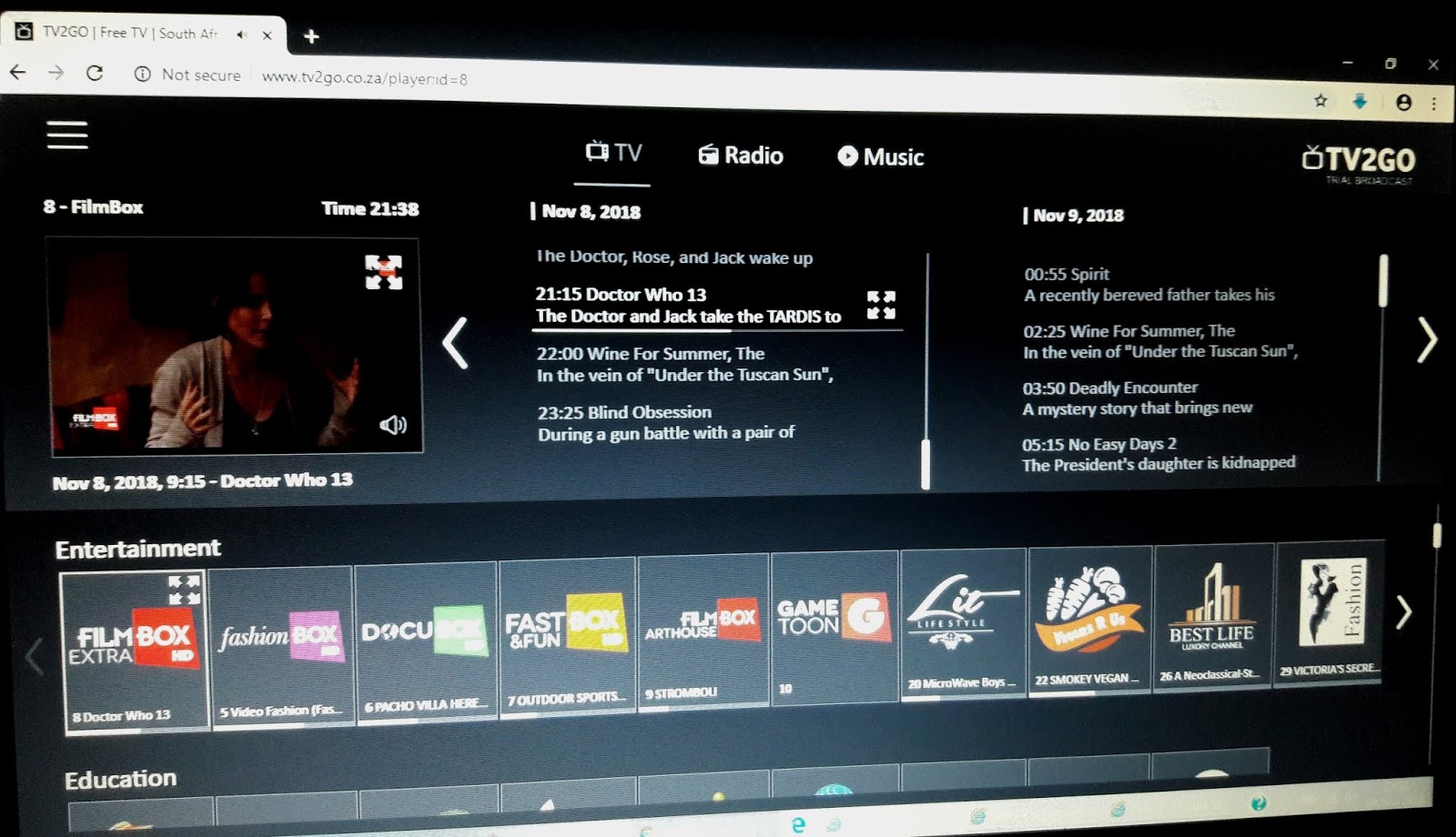 Yet another video streaming service, TV2GO, plans to launch in South Africa and will try to succeed where several already failed as it will compete with other already-available subscription video-on-demand (SVOD) services like Naspers' Showmax run by MultiChoice, Netflix South Africa, Amazon Prime Video, and some smaller services.

The former South African soccer player Jomo Sono is behind TV2GO that is currently busy with a "trial broadcast", with his Infinivy SA owning a 26% stake in TV2GO and the Israeli company Cast-TV owning the other 74%, headed up by Yaron Chen.

Infinivy SA and Cast-TV has the ambitious target of wanting to sign up 500 000 TV2GO viewers within a year in a market where VIDI, the Altech Node and PCCW Global's disastrous ONTAPtv.com along with several others have already spectacularly failed.

TV2GO is streaming through the web without any app and is offering viewers around 100 linear TV channels and VOD content for free. Users are subjected to advertising as the service's only formof revenue. TV2GO plans to also launch in the African countries of Nigeria, Kenya and Ethiopia within months.

The content streaming quality will depend on the broadband speed of users, and will range from low to as high as 1080p, depending on what video quality a channel is available in.

No specific channels or channel list for TV2GO has been announced, but Infinivy SA says TV2GO will "features movies, documentary, fashion, martial arts, gaming and kids channels" and will include streaming of TV news channels like euronews and africanews.

On the TV2GO site at www.tv2go.co.za, the service lists a channels carousel under various categories.

Spirituality channels on TV2GO include Serenity, Divinity and Motiv8!.
on 10:02:00 PM