SABC3 is once again rudderless after Aisha Mohamed quit as SABC3 channel head, with the SABC admitting that the multiple programming shake-ups on the public broadcaster's only commercial TV channel the past few years had failed and explaining the struggling channel's latest course correction to try and regain audiences. 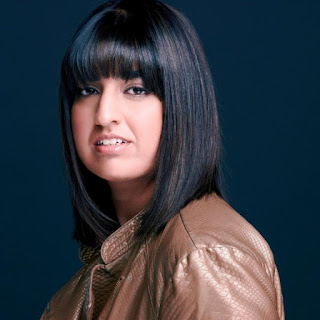 "Aisha Mohamed has left us and very soon we will announce a replacement," said the SABC.

The "quality shows" SABC3 - once sought out by viewers as the free-to-air "freemium" competitor to M-Net - will now once again be charting yet another new programmatic and scheduling course to try and restore its erstwhile luster.

The well-respected and well-liked Aisha Mohamed joined SABC3 as the channel boss in March 2014 from 5FM where she was station manager. She inherited a channel mired in a financial, management and identity crisis four years ago that she tried her best to rebuild.

Unfortunately the SABC's former chief operating officer (COO) Hlaudi Motsoeneng made it all but impossible, with unilateral decrees over banishing international content and demands for more cheaply-produced local content.

It led to a flurry of widely panned and low-budget content on the once-prestige channel symbolised by programming like Divas of Jozi, haphazardly introduced and badly unplanned, as part of the notorious "80/20" rule that was introduced from July 2016 on SABC3 and that saw even more viewers flee.

Internal SABC havoc saw SABC3 lose Days of Our Lives to e.tv, ratings plunge for The Bold and the Beautiful after multiple timeslot moves and viewership tumble for the SABC's flagship news broadcast, the English news bulletin, that was once the most watched in the country.

SABC3 also shocked the local TV production industry and damaged relationships with brutal and abrupt moves like cancelling multiple-award winning series like High Rollers mid-second season despite a signed contract and without explaining why. It made producers reluctant to work with SABC3.

The past few years saw SABC3 lose signature shows like Strictly Come Dancing SA and Ultimate Braaimaster to rivals like M-Net and e.tv and would announce programme acquisitions like Come Dine with Me SA and Expedition Impossible only to embarrassingly backtrack and see those shows start on BBC Brit (Dstv 120) and M-Net (DStv 101)instead.

During Aisha Mohamed's tenure she oversaw two SABC3 channel rebrands, steered and implemented multiple programming line-up changes to try and revive SABC3's lackluster ratings, and had to weather multiple scandals - the last one being the controversy in January with Real Talk that eventually saw the departure of talk show host Anele Mdoda when it was revealed that the SABC engaged in pay-for-play after a government department paid for a minister to do a 2-episode interview on the channel.

While SABC3 is supposed to be the money-spinner to cross-fund the SABC's public mandate channels SABC1 and SABC2, the opposite has been happening the past few years with the public channels keeping SABC3 afloat. It led to speculation, that the SABC denied, that SABC3 should be spin-off and sold so the public broadcaster can concentrate its available resources on SABC and SABC2.

According to sources who spoke to TVwithThinus, Aisha Mohamed has left for Sony Music. Her last day was last week Thursday.

David Makubyane, general manager for TV channels looking after the SABC's three channels, will be acting SABC3 channel head for the time being until a replacement can be found.

'The problem with SABC3'
"In the past few years we've had challenges with the channel really changing too many times," said David Makubyane.

"There was this 80/20-rule where there was an introduction of local content for the channel. Once again the schedule had to change. At the time Aisha Mohamed was the head of SABC3. The issue with SABC3 a lot of the times has been the schizophrenia around the channel - people are saying what does it stand for?" said David Makubyane.

"Even if SABC3 stands for a certain position, when you switch on, you find that the content doesn't quite reflect what you're talking about. And one of the things that we want to do is to change that perception - and we want to do that with content that actually says that."

"So we don't want to say verbally, we want SABC3 to speak for itself. When I joined the SABC at the beginning of this year, I went through the whole content with the team, looking at what does it mean when we talk about 'The stage is yours' [SABC3's current slogan], looking at the content on this channel."

"What do we do to actually make sure that the content actually speaks to what the proposition of this channel is? And I found actually, that when we went through the research, and looked at the target audience that SABC3 wants to speak to, that target audience is there."

"The problem with SABC3 is that for many years I think that SABC3 had a hole because the industry wasn't that big. Ten years ago we had SABC1, SABC2, we had e.tv and DStv and now the likes of Mzansi Magic, we've got Netflix, we've got over-the-to (OTT) platforms. The competition at the time was not that big," said David Makubyane.

"So SABC3 could afford to have international programmes, first-run programmes and have an audience that doesn't have pay-TV but will be able to access it."

"But as time went on, around 2010, there was the unbundling of bouquets from MultiChoice, Randburg's acquisition of local sports, so that's when SABC3 I think started to almost lose identity. A lot of audiences that SABC3 was targeting could now afford pay-TV and in this day and age we now have people even moving from pay-TV and getting into the likes of the Showmax and Netflix and so on."

"They also don't want to watch a programme for the same of 'bubblegum-dance' and so on. They want to engage with the content and they also don't necessarily want to spend too much money. There is an audience as well that is aspirational, that's progressive."

"We need to grow with our audiences, move to a stage where we no longer just talk about black or white. We've got this millennial, but not an international millennial. So we go into the psychographics of what does this individual want."

"So what drives them is new technology, lifestyle. They aspire to travel. So it's all of these things that will inform the content that you will see on SABC3 as we move forward, and we would like to talk to that audience."

"The SABC3 audience epicentre is around 30," said David Makubyane. "We're talking to the person who believe that they can achieve whatever."

"Over and above it being a public broadcaster, we really need to make it your stage. So we're going to look at ways of and models of getting content on SABC3 that are not standard. So the pre-sale models, sponsorships - we want to sell out blocks to commercial entities."

"We want to be able to say when we say 'the stage is yours' it needs to be real. You can literally come on SABC3 and own a piece of the channel and feel reflected but within that aspirational, progressive, lifestyle type."

More international content on SABC3 again
'With the financial situation we are in, we need to balance our SABC3 schedule - and that's just the reality - especially SABC3," said David Makubyane.

"We need to be able to have the budget that will speak to that type of [quality local content]."

"Moving forward we're also going to try and retain the timeslots, just so we can grow habitual viewing on SABC3."

"So we don't want to change the schedule for at least the next two years. Yes, we want to introduce new programmes, but we want to make sure that our 19:30 slot remains stripped for reality, 20:30 is magazine. We've got our 21:30 Thursday night, Friday night - those are the dramas."

"Top Billing is still on. Survivor [Cambodia] is coming back. We've also got a new Top Gear. So there's great content that's coming on SABC3. We really want to make sure that we deliver to this proposition and this is just the beginning."

"We want someone to say 'I can tune to SABC3 and get the latest local and international content at the quality that you can get on any other platform in South Africa," said David Makubyane.
on 10:41:00 AM