Two big African award shows - CNN International's one for journalists and Viacom Africa's one for artists - both scrapped for 2017. 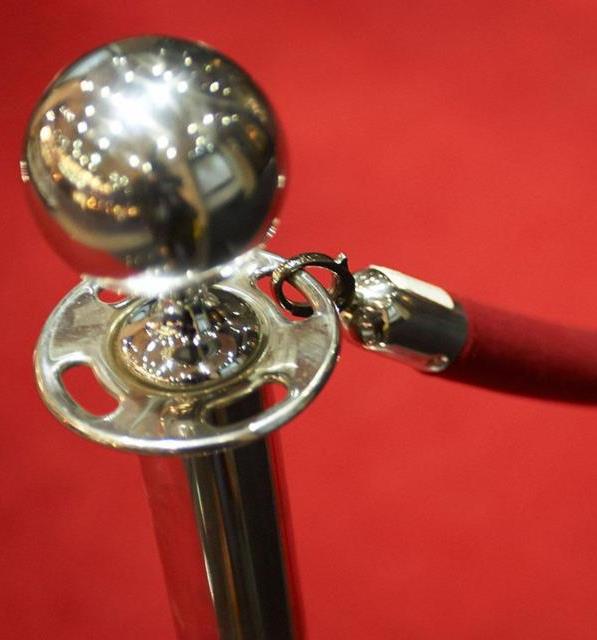 Two of Africa's biggest awards shows - CNN and MultiChoice's prestigious one for African journalists and MTV Africa's one for musicians and achievers - have both been scrapped for the year and won't be taking place.

Both the CMAJAs and the MAMAs usually take place in October, and both CNN and MultiChoice, as well as Viacom Africa, say they remain committed to their respective competitions and glitzy award shows although both are taking a break.

It's sad news for the African continent's journalists and artists whose best work for 2016/2017 won't be recognised and celebrated.

Specific reasons for this year's no-shows have not been given by the organisers, leading to speculation that a lack of big and enough sponsors are to blame for the continent's creatives losing out.

CNN International and MultiChoice have called the CNN MultiChoice African Journalist Awards the "most prestigious and respected award for journalists across the African continent", honouring the best in journalism.

The competition held over the past two decades have seen the number of entries grow rapidly every year as it fostered respect and understanding for journalists and their important work, something that's very often a dangerous and thankless job in Africa.

The CNN MultiChoice African Journalist Awards also served as an incentive for various African nations to improve their press freedom laws as they vied to be a host country, gave valuable exposure to a country's local tourism as a large group of journalists from across the continent would annually descend on a specific country, and provided an economic boost for the host city putting up the awards show.

2017 would have marked the 22nd time that African journalists in print, online, radio and television across Africa would have entered this competition, with winners who get cash prizes and the overall winner getting the chance to visit CNN Headquarters in Atlanta and participating in the CNN Journalism Fellowship.

In a joint response CNN and MultiChoice Africa confirmed that the CNN MultiChoice African Journalist Awards that took place in South Africa and various African countries over alternating years and broadcast on CNN International (DStv 401), is not happening again this year.

"CNN and MultiChoice are currently reviewing the format of the African Journalist Awards. We are committed to supporting and celebrating journalism across the continent, and we will share details as soon as we are ready," they said in a statement in response to a media enquiry.

The MTV Africa Music Awards that last year moved from Durban to Johannesburg for the first time and that have struggled to finally get the South African comedian Trevor Noah on stage as host for the awards show broadcast on MTV Base and e.tv, says the MAMAs needs collaboration from Africa's entertainment biz to work.

It means that this year's African music stars and those who made the most impact on youth culture on the African continent won't get their due from the MAMAs this year.

"At Viacom International Media Networks Africa we have been working to reinvent the MAMAs to create a deeper music experience that will be more immersive for our fans and partners in 2018," says VIMN Africa in response to a media enquiry.

"The campaign will continue to be fully reflective of the continent's great music and lifestyle that is shaping the continent."

"The MTV Africa Music Awards requires collaboration with the industry, partners and broadcasters to bring this world class event to life."

VIMN Africa says "it is important to emphasize that allthe great music that has emerged during the period from the last MAMAs and the next, will be recognised for accolades."

The PR company that issued the statement actually meant that the Royalty Soapie Awards is being revived for a 2018 awards show after it was last held in 2015.

The awards show celebrating South African TV operas and their production companies and that has been beset by problems in the past, will be taking place for a third time on 17 March 2018 at the Durban International Convention Centre, promising a "new and improved event" and "a night that will never be forgotten".

"We are excited to be back and the awards event promises to deliver more shimmer and shine than ever before," says Winnie Ntshaba, the Royalty Soapie Awards CEO.

The awards show said it's establishing the Royalty Soapie Foundation (RSF) to help young South Africans from poor communities and rural areas to gain skills in the country's film and TV industry.
on 7:47:00 AM