IN PICTURES. M-Net unveils The Wedding Bashers with the biggest flower show spectacle any South African TV show launch has ever seen. 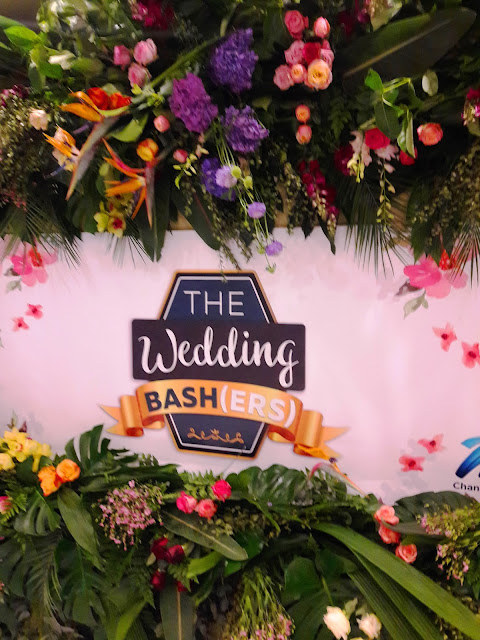 It wasn't the Chelsea Flower Show. It was bigger and better.

M-Net on Thursday morning had a media launch for its new reality show, The Wedding Bashers, starting on M-Net (DStv 101), Sunday 17 September at 17:00.

For the event, M-Net, with the help of Zavion Kotze, created the biggest, most eye-poppingly beautiful, and totally over-the-top flower show media launch spectacle that any broadcaster or TV channel has ever put on in the history of South African television.

Besides everything dripping with gold, silver and flowers everywhere that included an unbelievable flower-wall, each guest got two hand-made, personalised flower arrangements.

Men received a boutonnière and women a corsage that were pinned on at arrival at Zavion Kotze's flower table.

When guests left, everyone received a little golden bag filled with cosmetics, some treats and personalised little cards from each of the presenters, as well as, again, a beautiful flower arrangement.

Scattered all over next to beautiful floral arrangements were portraits of wedding couples, frames from, I thought, Mr Price Home or Boardmans with the stock photography the frame comes with, to enhance and fit the theme.

"No love," I was told. "These are photos of the actual couples who will be featuring their wedding in The Wedding Bashers on M-Net". 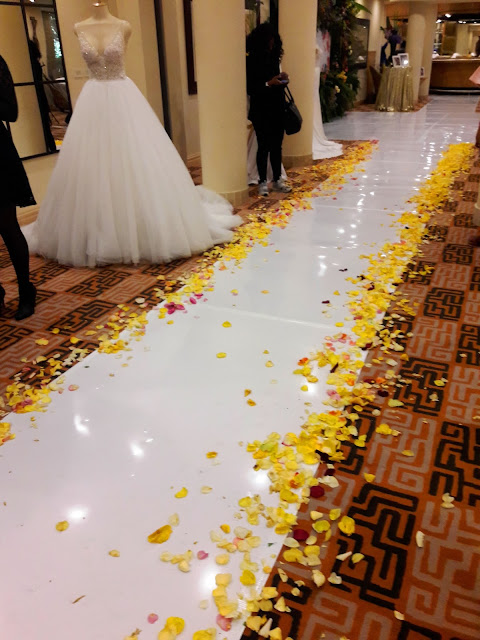 The press - who for once actually dressed up a bit as instructed to please do in the (wedding) invitation - were so truly bowled over by the amazing "wedding day/flower show" presentation at M-Net's The Wedding Bashers media launch at the Saxon Hotel in Johannesburg, that a large number of them decided to simply stay.

More than a dozen and a half media kept socialising for at least 2 more hours after M-Net's event ended as the champagne kept flowing and the media excitedly kept chattering.

Long after M-Net did a Q&A with the press and showed a specially edited preview of the show with outtakes from several of the upcoming episodes, members of the media simply refused to leave the posh Sandhurst enclave - utterly enticed and dazzled over the magical atmosphere M-Net's The Wedding Bashers created.

The Wedding Bashers, produced by [SIC] Entertainment with Gavin Wratten and ProVerb [Tebogo Thekiso] as co-executive producers, will feature 22 weddings that are attended and judged by Zavion Kotze, Cindy-Nell Roberts, Siba Mtongana and Denise Zimba (who didn't attend the event) as the 4-some presenters. 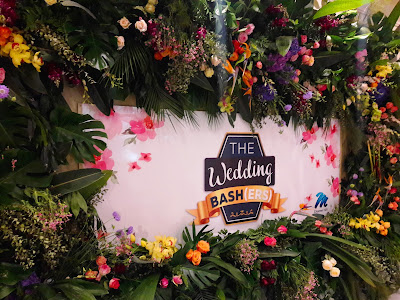 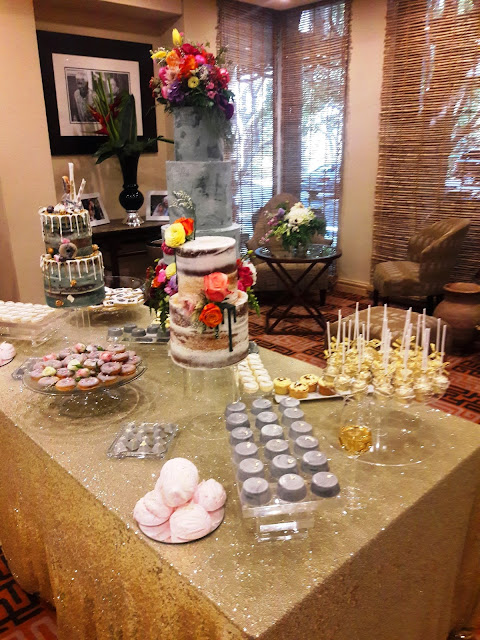 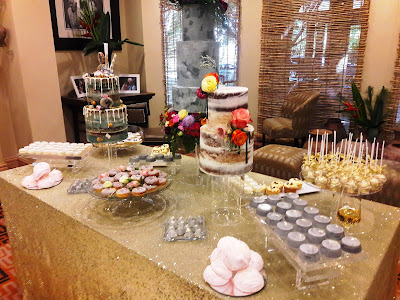 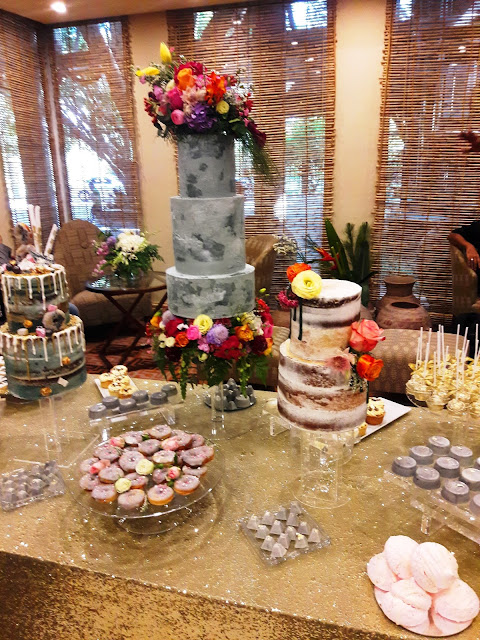 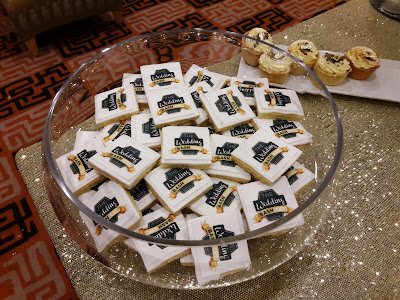 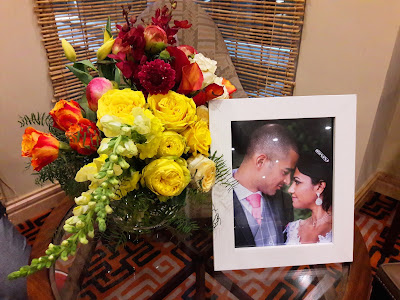 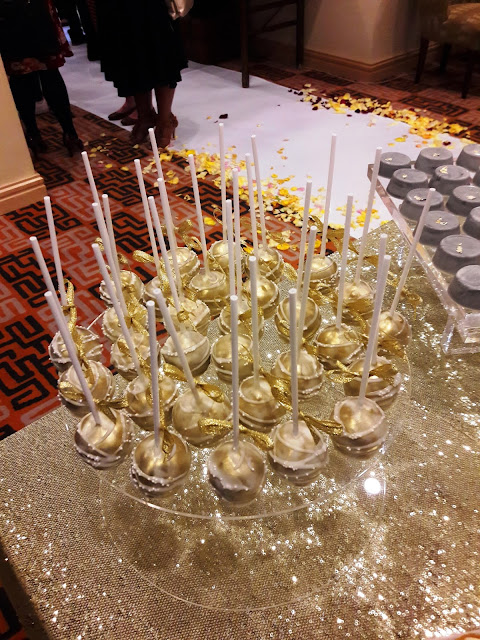 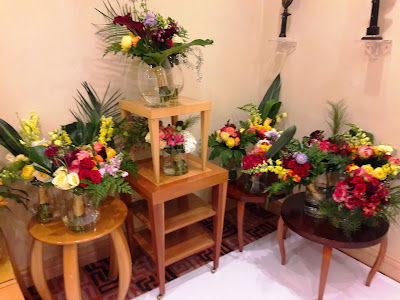 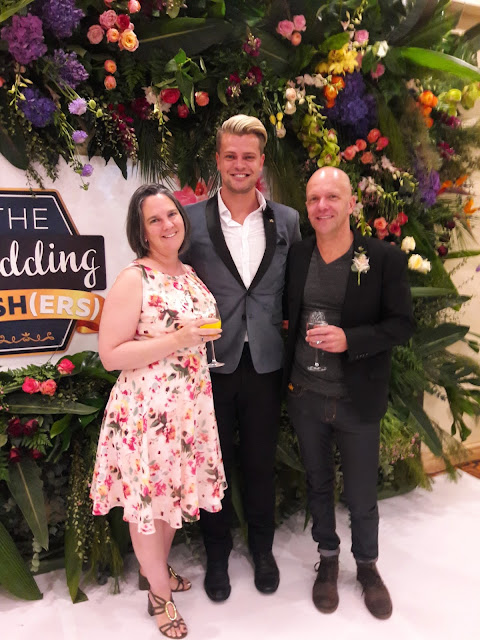 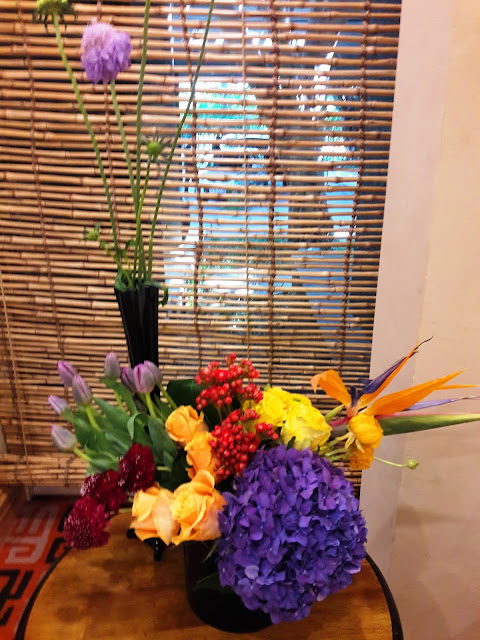 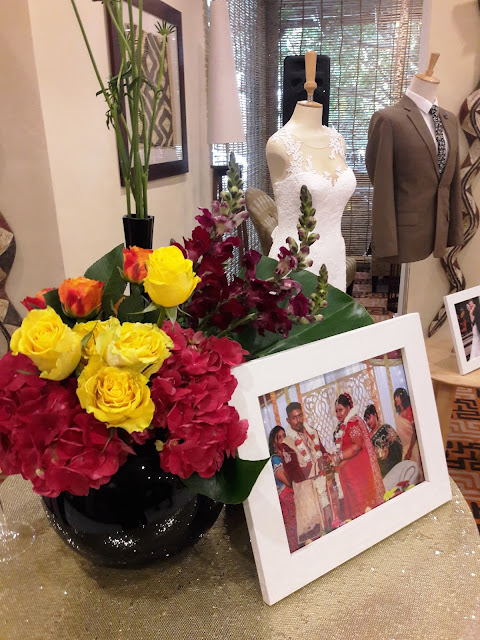 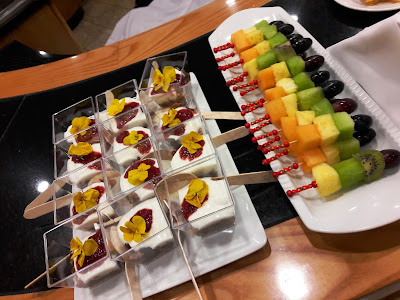 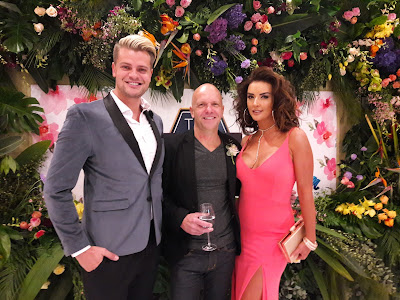 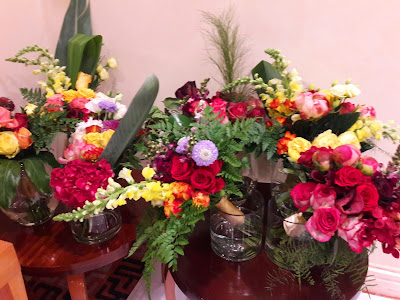 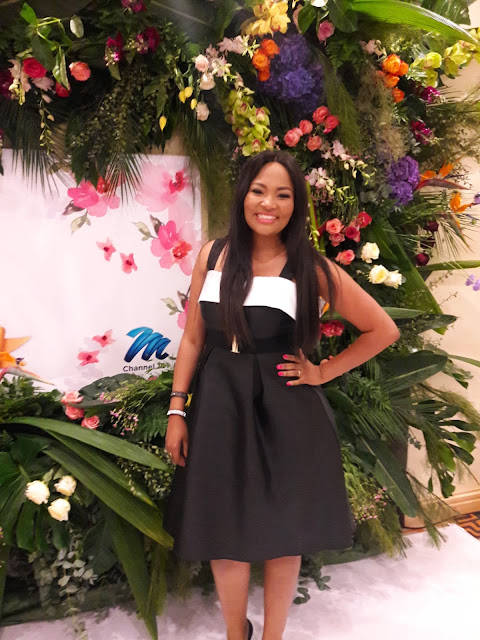 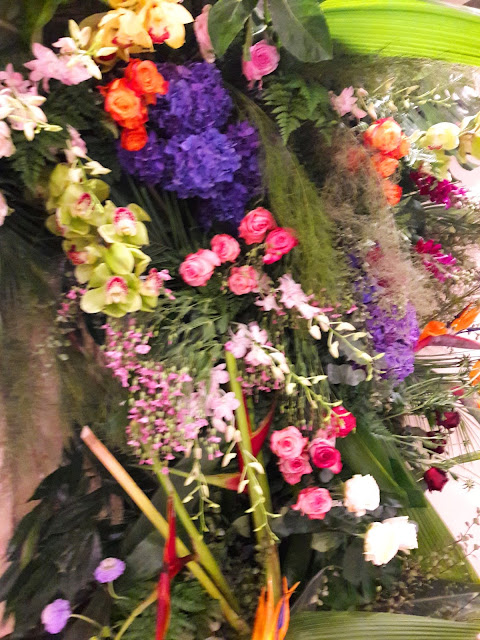 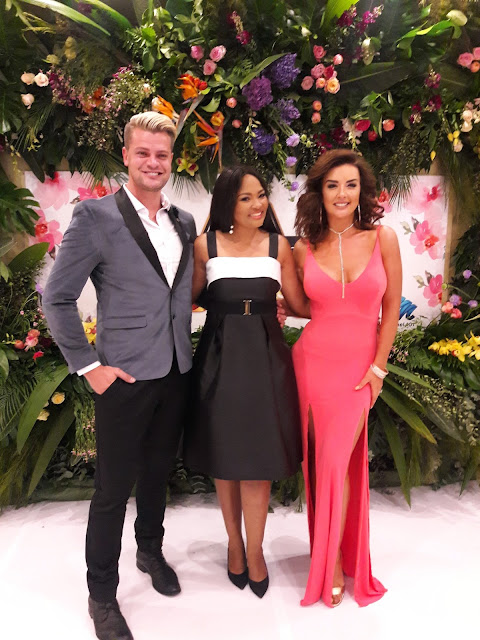 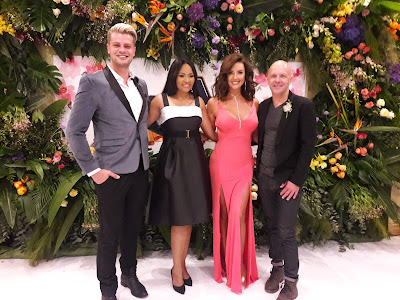 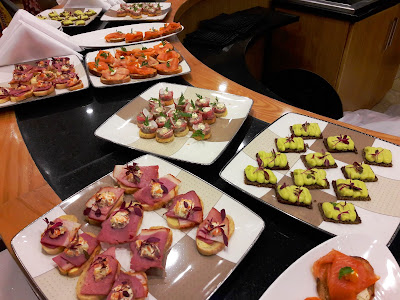 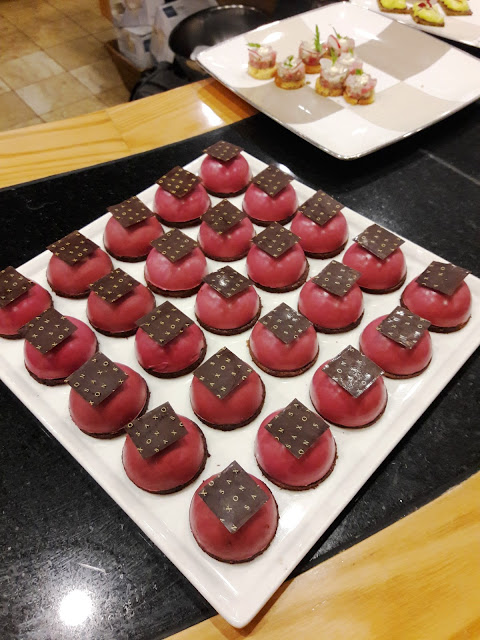 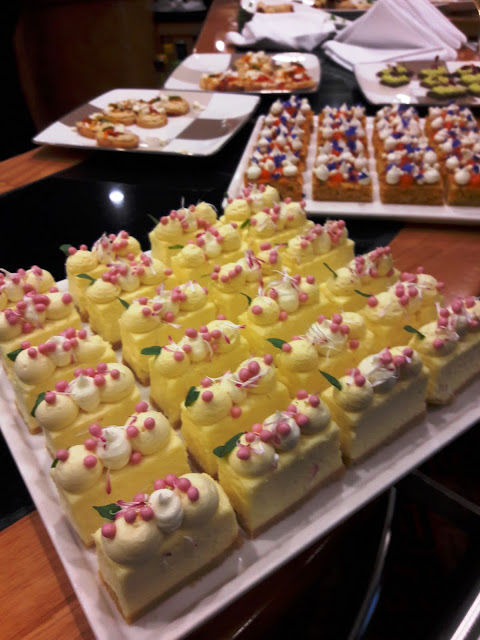 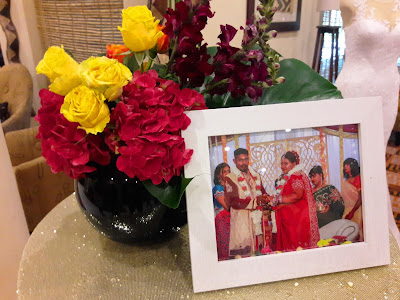 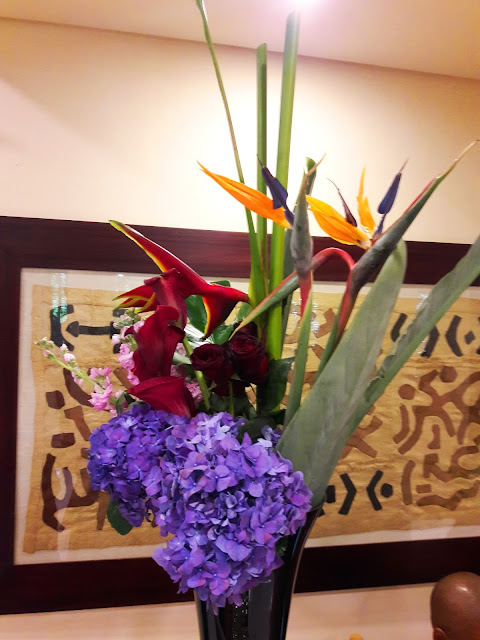 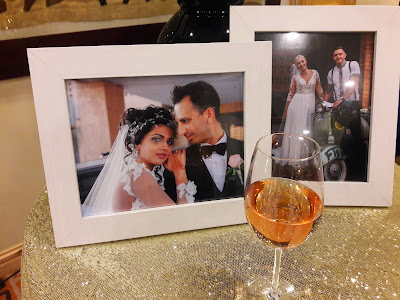