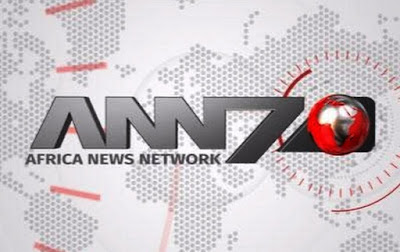 "Vendor licensing" means that the Guptas is lending Jimmy Manyi the money to buy their ANN7 and The New Age.

The Bank of Baroda is closing Oakbay Investments bank accounts - including those of ANN7 and The New Age at the end of August.

The borrow-to-buy ANN7 and The New Age sale means the Oakbay media entities get new bank accounts through Jimmy Manyi.

The controversial Jimmy Manyi with close ties to the Guptas frequently appears as a "political analyst" and as an "analyst" on the controversial ANN7 channel carried on MultiChoice's DStv satellite pay-TV platform that just turned 4 years old where he shills for the Guptas and mentions the Bell-Pottinger created "white monopoly capital" catch-phrase.

The unprofessional and news-skewing ANN7 and The New Age continue to hog headlines as part of the "Gupta-leaks" trove of emails and ongoing revelations regarding South African "state-capture and notorious Jacob Zuma-linked dealings.

The Gupta-owned Oakbay Investments in a statement says the R450 million sale of its two media entities "is part of Oakbay’s commitment to preserve jobs and provide certainty to over 7 500 hard-working employees throughout the group and to safeguard the inherent value of the businesses in which they work."

Offloading the controversial ANN7 TV channel from Infinity Media Networks and The New Age to Lodidox "will also allow the shareholder the time to focus on clearing its name in the face of unfounded media allegations", says Oakbay Investments.

"Under a new majority shareholder, Oakbay believes that both businesses and their employees will have the bright and prosperous future they deserve," says Ronica Ragavan, Oakbay Investments acting CEO in the statement.

"We are delighted to have reached an agreement with Lodidox and the management team; the sale of our shareholdings will secure the future of these businesses and help preserve the jobs of their employees."

"Both businesses are inherently sound and well positioned for growth in their respective market segments. We wish them every success in the future."

Jimmy Manyi says he is "delighted to have reached agreement with Oakbay and look forward to successfully completing the deal."

"These are two strong businesses which are full of potential and, under the right external circumstances, can become an increasingly important and relevant part of the South African media landscape."

"In addition, I am particularly impressed that the shareholders of Oakbay have agreed to do a vendor financing at acceptable terms as part of their commitment to transformation and to expedite the transaction."
on 2:12:00 PM