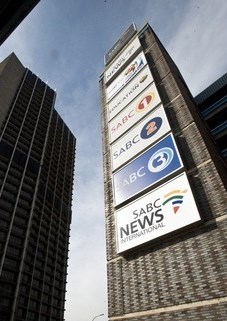 The beleaguered SABC is suddenly admitting that it's facing a new cash crisis and warns in a statement that staff retrenchments could be on the cards at the public broadcaster that now admits that it is funding operations out of its already low cash reserves that’s dwindling fast.

The SABC is also warning that the sustainability of its controversial SABC News and SABC Encore channels it supplies to MultiChoice's DStv satellite pay-TV platform is now suddenly "jeopardised".

The struggling SABC is mired in allegations of mismanagement, maladministration and corruption and largely rudderless after the gutting of the SABC board and the firing of swathes of top executives with no permanent CEO or COO.

The SABC is now blaming its cauldron's brew of negative and sensational news bubbling forth since late December in parliament's ad hoc committee investigating the SABC for a drop in revenue and the SABC's cash balance that's supposed to be held steady at R650 million per month.

The shocking and lurid stories coming from those who testified before parliament's ad hoc committee, apparently scared not just advertisers away, but jeopardised deals being negotiated and caused fewer people to pay their SABC TV licences.

The inquiry's final report that was adopted last week Tuesday, found that all of the SABC's "questionable transactions" should be investigated and probed by forensic audit like the SABC MultiChoice deal, and for a review of the feasibility of The New Age breakfast briefings.

By December the loss-making SABC's cash reserves plunged to just R174 million, with the SABC now saying that it had warned the government repeatedly that it's not getting enough money from the government.

The SABC now confirms a new cash crisis as Auckland Park’s Fawlty Towers is once again hovering close to the financial crisis in 2009 that saw the SABC come to the brink of financial collapse.

This crisis triggered a government bail-out in the form of a R1.4 billion government guaranteed Nedbank bank loan. Now the SABC’s is once again dangerously close to running out of money.

'Activities now funded from reserves’
SABC spokesperson Kaizer Kganyago admitted in a press statement on Thursday that the SABC's revenue is "under pressure with the SABC now funding its activities from its reserves".

Kaizer Kganyago now says that "the SABC cautioned that the collapse of its finances was imminent if due care was not exercised in dealing with the confidentiality of contracts with its strategic partners".

Kaizer Kganyago says that "continuous attacks on the SABC" could now lead to retrenchment of SABC staff and that the SABC suffered a significant drop in advertising income.

The sustainability of the SABC News and SABC Encore channels on DStv are now also "jeopardised" according to the SABC, meaning the future fate of these controversial channels are uncertain.

The SABC's new interim board, their appointment waiting to be rubber-stamped by president Jacob Zuma, will have to try and save the sinking public broadcasting ship.