SABC boss Hlaudi Motsoeneng to hold his own Thank You SABC Music Concert - with Panados - on 10 September to thank itself for 90% local music airplay. 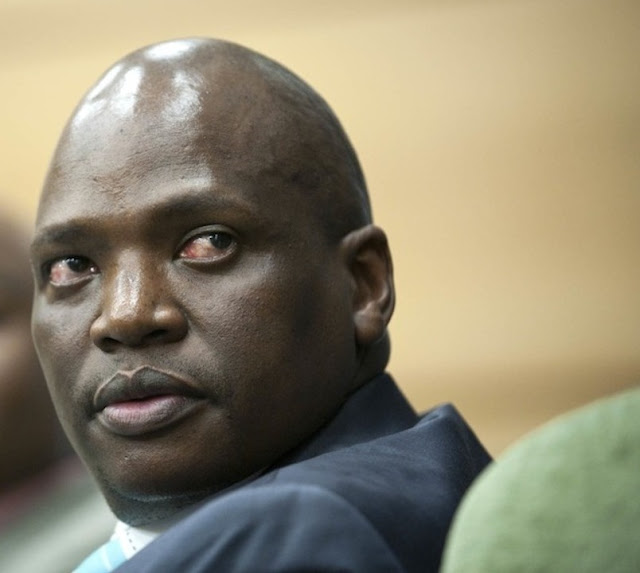 In another bizarre turn of events at the public broadcaster, the SABC's controversial boss Hlaudi Motsoeneng is set to hold a lavish Thank You SABC Music Concert this Saturday - with Panados - organised by the SABC to thank itself and Hlaudi Motsoeneng for his idea a few months ago of enforcing 90% local music airplay on the SABC's radio stations.

Organiser Mzwakhe Mbuli said there might also be Panado pain killers and paramedics will be standing by.

The SABC wants to fill up the massive Orlando Stadium this coming Saturday 10 September and the SABC is giving away a thousand free tickets to valid SABC TV licence holders to attend the concert it is organising for itself to thank itself.

People who can't produce a valid SABC TV licence will have to pay R100 to enjoy the Thank You SABC music concert that will stretch from 10:00 to 22:00 on Saturday.

The cash-strapped SABC is paying for the little publicised concert happening this Saturday but it's not known how much the public broadcaster is spending on the celebratory hullabaloo.

Artists that will apparently appear include AKA, Mafikizolo, Rebecca Malope, Mango Groove, the Parlotones, Emtee, Kwesta, Ladysmith Black Mambazo, Black Coffee and others - 100 artists in all.

The SABC is currently also supporting the three day Moshito Music Conference taking place at the SABC's Auckland Park headquarters - ironically with the theme: "Censored: When the Revolution Could Not Be Televised".

"The SABC has welcomed the Thank You SABC Concert and all the artists that will perform have embraced and are proud of the public broadcaster's initiative to prioritize and support local music," says the SABC in a statement.

The SABC told viewers that the Thank You SABC Concert is to "show appreciation for the 90% local content quota that was introduced in the organisation. The concert will include all music genres from kwaito to hip-hop".

Mzwakhe Mbuli told the SABC that the SABC concert on Saturday will "fill up the stadium, fill up the stomachs of the artists and families".

Mzwakhe Mbuli said "Everybody must vote for SABC. Vote to go to the stadium. We have incentives.We will have free gifts. There will be T-shirts."

He said "If you produce your TV licence, you will enter and celebrate and see all these internationally acclaimed artists for free."

"We are promoting a brand. Even CNN or Al Jazeera or BBC has never had a concert where people in London or artists in London will say 'Thank you CNN or BBC.' So we are the only ones. So it means that what we are doing must go to the Guinness Book of Records," said Mzwakhe Mbuli.