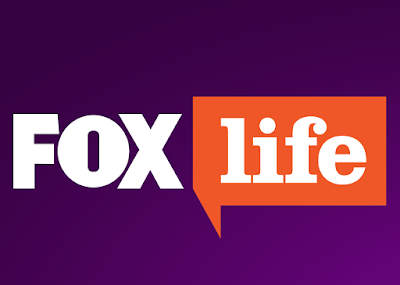 The change of the FOX Crime (StarSat 132 / DStv 126) channel that was supposed to happen from the beginning of September and that was supposed to switch to the FOX Life channel from September has been pushed back to 3 October - but the pay-TV operators and the FOX Networks Group Africa have been bad at explaining and communicating to their subscribers and the media what is happening.

While the FOX Networks Group in Africa, now managed by Gary Alfonso, hasn't bothered to tell the media anything, at least this is now known: FOX Crime will now be replaced by FOX Life on 3 October.

The channel swop will now happen on 3 October after it has been delayed and pushed back by a month.

FOX Crime will now be replaced by FOX Life on 3 October on On Digital Media's (ODM) and StarTimes Media SA's StarSat.

What is unclear is whether FOX Crime will remain on MultiChoice's DStv from October and if the FOX Crime channel on DStv will also be changing to FOX Life from 3 October for that pay-TV operator.

No official channel logo for FOX Life has been issued and no monthly channel schedule for October has been provided to media yet - nor what the channel is about, programming highlights or an explanation as to what will happen to shows that viewers have been watching currently and might not have completed their run by the time FOX Crime gets cut.

TVwithThinus asked the FOX Networks Group Africa, ODM and StarSat, and MultiChoice yet again today (Friday) - after asking the channel provider and the pay-TV operators a month ago (when they were less than forthcoming) - what is happening.

When there's responses, this report will update with those responses.

So far, FOX representatives on Friday told me they're not in a position to give any details at the moment.

What is clear, is that the FOX Networks Group in Africa has and is really not managing the news and media publicity about the upcoming switch of the FOX Crime channel to FOX Life well at all.

Pay-TV subscribers in South Africa are paying real money for a service which they are not properly being informed about and that is changing in a month's time. With a month to go, they're not being told why it is happening and what those changes are.

In the absence of any information and explanations from the FOX Networks Group Africa and operators, viewers of FOX Crime are already negative about the looming removal of the channel and its replacement with FOX Life.

"Why replacing instead of adding?" asks John Johnson.

"No, you must add to FOX Crime. We will boycott you if you replace FOX Crime with FOX Life. Add [it] next to FOX Crime, we pleading. After all, we pay. We have a say. You can't take off FOX Crime," says Norman Lambert.

"FOX Crime I enjoyed," says Maruska Honiball. "Why take it away???"

"FOX Crime was good," says Myburgh Dewald, and Kedibone Mametja sums up what a lot of people are thinking about the upcoming dumping of FOX Crime and replacement with FOX Life: "Why replace and not add?"
on 2:14:00 PM