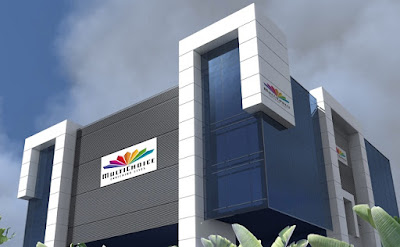 Pay-TV operator MultiChoice says it doesn't plan to disinvest and leave Nigeria and remains committed to doing business there, amidst the West African country's tanking economy and increasingly onerous regulatory environment that's accelerating the scale of the ongoing exodus of South African and other multinational companies.

MultiChoice Africa tells TVwithThinus that the pay-TV company that operates the DStv and GOtv brands across the continent, "remains firmly committed to its joint venture in Nigeria".

It comes as Nigeria's economy continues to nosedive against the backdrop of a regulatory environment for all Nigerian business sectors that continues to grow more hostile for companies to thrive and has also seen onerous conditions imposed on MultiChoice in the country the past few months not found elsewhere in Africa.

Sun International has now joined the stampede of companies that has jettissoned Nigeria over a too harsh investment climate and worsening economic policies, following South Africa's Truworths, Clover and Tiger Brands out the door.

Meanwhile a growing number of airlines have quit their Nigerian routes over mounting losses and at least 14 airlines dumped Nigeria and started the process of moving their operational offices to Ghana. Cellular operator MTN was slammed with an astronomical fine.

MultiChoice says it has no plans to abandon Nigeria where it has become increasingly more difficult to do business.

"MultiChoice Africa was one of the first pan-African businesses to establish operations in Nigeria over 23 years ago. Our commitment to Nigeria has seen major investments in infrastructure, people and great entertainment which will continue as we have a long-term view and confidence in the Nigerian market," says MultiChoice Africa.

Earlier this year Nigeria's Consumer Protection Council (CPC) that executed a shocking raid in October 2015 on MultiChoice's head office in Lagos, ordered onerous changes to MultiChoice Nigeria's service not found elsewhere in Africa, ranging from one month's worth free switch-off per year to billing system changes, and to to pay out "compensation" to DStv subscribers who over time lost paid viewing time by not having their service restored quickly enough after payment.

In February Nigeria's senate slammed "the menace of MultiChoice" while Nigeria's broadcasting regulator, the National Broadcasting Commission (NBC) is tightening the censorship screws that is increasingly having a negative impact on MultiChoice's DStv across the entire Africa.

Since late-2015 Nigeria's NBC has forced MultiChoice and channel partners ranging from Discovery Networks International (DNI) to NBCUniversal International Networks to pull certain programming from various TV channels on DStv, making the content unavailable for the entire Africa - not just in Nigeria - since channel providers have only one satellite channel feed to Africa.

In just Nigeria's telecommunication sector, Nigerians already pay 26 different kind of taxes, with the government that plans an additional, brand-new 9% Communication Service Tax (CST) that will have a further detrimental impact on all telecommunication companies, internet service providers and pay-TV operators like MultiChoice in the country.

Consumer rights groups and telecom stakeholders in Nigeria have been vocal about the adverse effects the CST will have on consumers and businesses already battling a harsh economic environment with a PwC Nigeria report on the proposed tax saying it will add to making Nigeria "unattractive to investors".

GOtv Lite with 20 TV channels, a new lower-tiered option to GOtv Plus and GOtv Value, will now target Nigerian pay-TV subscribers who can't afford the various DStv packages and the two more expensive GOtv options in the country where the worsening economic conditions has negatively impacted subscriber numbers.

In June MultiChoice, owned by Naspers Limited, said its keeping subscription fees in several African countries - including Nigeria - unchanged for a year to try and halt a decline in subscriber numbers.
on 8:15:00 AM