GAME CHANGER. How M-Net and DStv are brilliantly doing right by dragons, expanding the viewer conversation; while the SABC just does draconian measures. 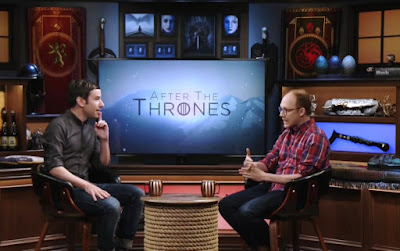 Here be Dragons: M-Net recently did something I didn't think it would (while the SABC now constantly does a lot of stuff it shouldn't): M-Net added the awesome After the Thrones after show to the M-Net Edge (DStv 102) schedule.

To say I was pleasantly surprised is an understatement. I was ecstatic.

Although I loved the idea of seeing an After the Thrones, I thought M-Net wouldn't see the sense and wouldn't bother to really support and build out an existing show's viewership and fan base.

I was completely wrong.

M-Net added After the Thrones to M-Net Edge and I added another must-watch weekly item to my TV viewing list.

The result is that I not only watch Game of Thrones on M-Net Edge (actually on DStv Catch Up where weekly episodes become instantly available), I now watch M-Net Edge more.

By adding more of what what it already had, the Randburg-based pay-TV broadcaster chose to deepen and broaden the television conversation around one of its existing TV properties.

I literally look forward to After the Thrones as much as I do to Game of Thrones.

I simply cannot wait to tune in for every week's new episode and the additional context, explainers, speculation, discussion and analysis from Andy Greenwald and Chris Ryan.

As a TV critic I rarely reveal personal favourites, but on a very personal level, I love this show; what it is, and what it does.

Like what SuperSport has done for sport in terms of pre- and post-game analysis, M-Net is now doing for a TV show as well and a fantasy series at that.

I usually watch TV from behind my laptop, doing notes or writing. Yet, when After the Thrones is on, it's literally as much "event television" for me.

I diligently keep checking and checking until I see that MultiChoice has added the next new After the Thrones episode to DStv Catch Up, I make coffee and get snacks, and go sit in my black Eames lounge chair and I watch, doing nothing else.

M-Net and MultiChoice's dedication to fan service and its conscious effort to support and expand what I would call "geek television" is terrific. 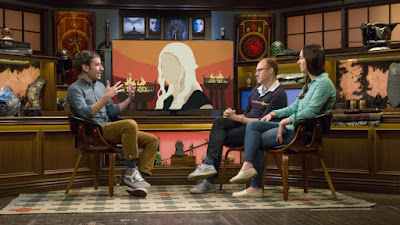 After the Thrones from HBO could easily have been left off of the M-Net Edge schedule.

Yet M-Net decided to enrich, reward and expand the viewer experience. By adding and watching After the Thrones, existing viewers of Game of Thrones get the opportunity to indulge even more - learn more and find out more about a show you already like.

Not only does After the Thrones help to make viewers of Game of Thrones watch M-Net Edge more, it engenders more loyalty (not for the House of Stark) and creates more affinity towards the M-Net Edge brand.

In shark contrast the SABC is doing the exact opposite: By cancelling actuality shows on TV and radio, by banning coverage of newspaper headlines and banning open call-in lines the beleaguered public broadcaster is doing the very opposite of deepening conversations - it's limiting it.

M-Net and MultiChoice are pay-TV brands; commercials brands - pay-TV outlets that, through programming decisions like After the Thrones constantly push the envelope and expand its existing content repertoire.

The sad and ironic thing is that that is what the SABC as a public broadcaster should be doing, but isn't.

Not even remaining stagnant, the SABC is literally sliding backwards.

As an increasingly shallow-caster, the SABC is narrowing the options and types of different editorial viewpoints, closing down on providing public access listeners and viewers with more different views and background and contracting on context and perspective.

While M-Net continues to enrich the multimedia experience of South Africans who can afford pay-TV, the SABC is relentlessly hollowing out an already bare bones offering to public broadcasting consumers.

While M-Net and MultiChoice are constantly fine-tuning their content offering on DStv and honing in more and becoming more adept at clever narrow-casting to segmented audiences, a flailing SABC keeps telling a frazzled South African public what it won't do, won't show, won't tolerate, won't mention, won't broadcast and will be banning next.

While M-Net and MultiChoice very effectively deliver dragons (and cool dragon discussions afterwards) to viewers, sadly the closest that the struggling SABC comes, is in its delivery of yet more stifling and suffocating draconian measures that make viewers flee.

In the dragon race to truly serve audiences, you don't need to sit on an Iron Throne to guess the broadcasting winner here.
on 1:27:00 PM