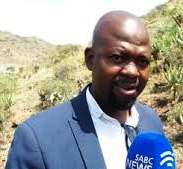 The SABC has fired the SABC News reporter Kgoahelo Magolego, allegedly for failing toproduce a story and report on the minister of communications, Faith Muthambi, handing out food parcels and blankets at a Lephalale event in November 2015 in Limpopo.

"We can confirm the employee was subjected to a disciplinary process and it was recommended that he must be fired," said Kaizer Kganyago, SABC spokesperson to Sunday papers.

"He has appealed the outcome and the SABC is waiting for the appeal process to be concluded".

At the November event, of which an audio recording surfaced in December, Kgoahelo Magolego, asked Faith Muthambi about the reasons for South Africa's delays with the migration of digital terrestrial television (DTT).

Faith Muthambi told Kgoahelo Magolego it's "boring" and then instructed the SABC News reporter not to broadcast the interview, saying "On a serious note I wouldn't like you to play that clip. I have realised very late".

Faith Muthambi allegedly complained to the SABC's chief operating officer (COO) Hlaudi Motsoeneneng asking for action to be taken against the journalist; the SABC denied it.

Nothando Maseko, the SABC's head of TV news told Kgoahelo Magolego that he is going to be suspended. He was allegedly fired over insubordination.
on 12:02:00 PM