Why E! on DStv and its E! Live from the Red Carpet is no longer actually on and next to the red carpet just before the Oscars - E! isn't allowed to. 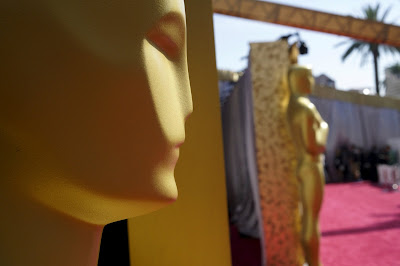 For DStv subscribers in South Africa and Africa watching E! Entertainment (DStv 124) for its billed E! Live from the Red Carpet coverage and wondering why E! is not actually on the red carpet for the Academy Awards for the time period just before the Oscars, it's because another TV channel has the exclusive rights to it and it's not E!.

For the last hour before the annual Oscars, E! isn't on the red carpet and it's because the NBCUniversal International Networks channel isn't allowed to be there.

America's ABC TV network has exclusive access to the red carpet for the final hour before the Oscars starts at 03:00 South African time every year.

E! and other channels like CNN International (DStv 401) all lined up alongside the red carpet can continue to do interviews but they can only show any of it later as recorded interviews, not live, after the Oscar ceremony has started.

ABC and its entertainment reporters are the only channel and reporters allowed to do live interviews, which is why people tuning in to channels like E! Entertainment are not really getting any real "live from the red carpet" coverage the hour before the Oscars.

While Leonardo DiCaprio therefore talks to ABC on the red carpet - something South African viewers don't get to see on E! Entertainment - E! that is forced to cut away, suddenly showed DStv subscribers a badly done talk show panel that included Kardashian momager Kris Jenner and things like celebrity fashion photos.

This state of affairs with E! not actually being (allowed) on the red carpet before the Oscars for viewers is going to continue until at least 2020 - that's for how long the ABC deal goes.
on 1:11:00 PM