The 6th season of Game of Thrones will start Monday 25 April on M-Net Edge at same time as in the United States; will be on Thursdays in prime time at 21:00. 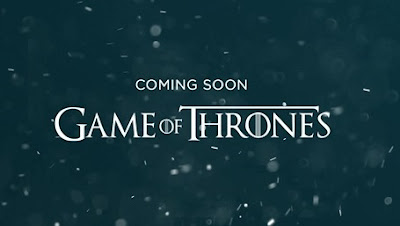 A month ago I reported that the upcoming 6th season of Game of Thrones for South Africa will once again be an "Express from the US" title for M-Net for DStv subscribers and will be shown on 25 April.

Now I can report that South African viewers will once again see episodes at exactly the same time as in America.

DStv Premium subscribers who can't wait, can watch episodes of the 6th season of Game of Thrones from Monday morning 03:00 on M-Net Edge (DStv 102), after which episodes will be broadcast in prime time on the same channel on Thursdays at 21:00.

The timeslots of 03:00 on Monday mornings and Thursdays at 21:00 for Game of Thrones are exactly the same as what M-Net Edge did in 2015 for the 5th season.

It will definitely ... Snow ... if you get what I mean, and in contract to the previous seasons, the 6th season of Game of Thrones will be unpredictable and new for everybody.

The story and episodes don't exist in bookform (yet), since the TV version has caught up and passed creator and writer George R.R. Martin's published book series.

George R.R. Martin is now writing the TV show before the books and the new season will consist largely of events for the 6th novel The Winds of Winter that's not published yet, and a bit of content from the 4th and 5th novels.

The 6th season of Game of Thrones will once again have 10 episodes similar to each of the previous 5 seasons.