Kenya threatens to block Netflix, says 'unregulated arrival' of the global video streaming service 'is a threat to our moral values and national security'. 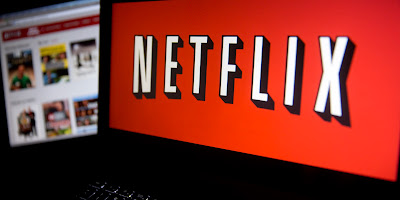 Kenya is threatening to block Netflix two weeks after the "unregulated arrival" of the global video streaming giant's service across Africa, with Kenya now slamming Netflix as "a threat to our moral values and national security" for showing extreme violence and nudity and promoting irresponsible sexual behaviour and drug abuse.

Since there's only one TLC Entertainment channel feed for the entire Africa, the Nigerian threat and resultant censorship and removal from the schedule mean that the entire Africa was prevented from seeing the show.

Now another African nation is up in arms about global TV content funneled to conservative African viewers who are sensitive over on-air depictions of sex, nudity, language and violence.

The Kenya Film Classification Board (KFCB) is now threatening to block Netflix in Kenya, saying its "a threat to our moral values and national security" because Netflix fails to conform to Kenya's ratings and classification regulations as provided in law.

Interestingly Netflix content in South Africa has also not been classified by the Film and Publication Board (FPB), although the Naspers rival ShowMax does contain, show and adhere to the FPB classification system for the country.

At a press conference in Nairobi, Bishop Jackson Kipkemoi Kosgei, chairperson of the classification board, said Netflix must be subjected to Kenya's rules and regulations and that Netflix's content is classified and rated on a system that is at odds with Kenya's regulatory and film classification standards.

"The board regards this development as a gross contravention of the laws governing film and broadcast content distribution in Kenya," says the board, noting that "as Kenyans, we therefore need to ask all the right questions about the unregulated arrival and future of Netflix in the country".

"As a progressive country, we cannot afford to be passive recipients of foreign content that could corrupt the moral values of our children and compromise our national security," said Kosgei.

"It will be against our mandate to allow our children to get ruined by inappropriate content in the name of profit".

Netflix in a statement says that its not a traditional broadcaster not an internet television network.

"We empower consumers to make smart viewing choices by providing details on the titles on Netflix, including ratings and episode synopses. We also provide parental controls".

Besides thousands of hours of content that's not available on Netflix in South Africa and the rest of Africa due to licensing rights not being available and making for an already reduced content offering, Netflix has toned down the sex and nudity when it launched in Africa earlier this month, culling a large number of titles that falls under the banner of "erotica" and that contains nudity and sex.

Although Netflix has is able to offer this programming and has no licensing rights impediment as with some other programming, its notable that the streaming service isn't making this content available in Africa.
on 3:39:00 PM