SABC News fails to broadcast Nkandla debate in parliament live on Thursday while both eNCA and ANN7 showed the proceedings live. 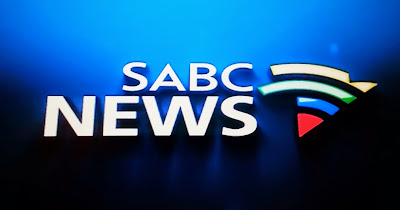 It was shocking to see how the SABC and the SABC News channel apparently completely blocked out live coverage and ignored parliament's live debate regarding the ongoing and highly controversial Nkandlagate scandal.

President Jacob Zuma is implicated in alleged irregular spending of millions of rands in upgrades to his Nkandla home.

The SABC and SABC News, already under suspicion and accused of protecting Jacob Zuma by filtering and blocking negative coverage on the SABC through strategically placed Zuma loyalist, did the broadcaster again no favours on Thursday by again enhancing this perception through giving no live coverage of the Nkandla parliamentary debate.

Meanwhile the two other South African TV news channels on MultiChoice's DStv satellite pay-TV platform, eNCA and ANN7, both brought viewers full and rolling live coverage of the parliamentary proceedings which is news of national interest.

It's not clear why the SABC and SABC News would deliberately chose not to bring viewers live coverage of the Nkandla parliamentary debate.

Earlier the week, in a statement, the SABC boasted that "through the SABC News channel 404 on DStv, the SABC has been able to expand its coverage of live events" and that the channel has "seen a steady increase of viewership figures for its live feed of parliamentary sessions which shows that South Africans are interested in having access to the pulse of government".

Oddly the SABC and SABC News on Thursday, when parliament had a live Nkandla debate, the broadcaster suddenly didn't feel that it warranted a live broadcast although the SABC said days before that viewers are interested and that broadcasting a live feed of parliamentary sessions lure viewers.
on 8:26:00 AM