Hlaudi Motsoeneng's E's and one F: the Fake symbols he made up for a non-existent matric certificate at the SABC he knew he couldn't produce. 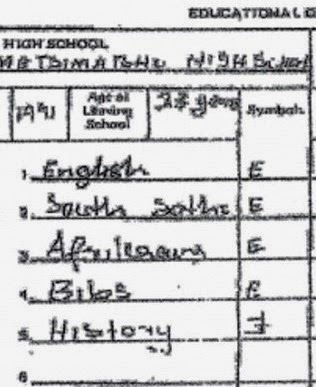 The SABC's famously matricless Hlaudi Motsoeneng who doesn't have a matric and lied about having it, made up fake matric subjects and gave himself E's and one F (written down in the opposite direction.

The highly controversial Hlaudi Motsoeneng was permanently appointed as chief operating officer (COO) of the SABC by the SABC board and the new minister of communications, Faith Muthambi.

The shocking move for a position which was never advertised, prompted universal condemnation and criticism. 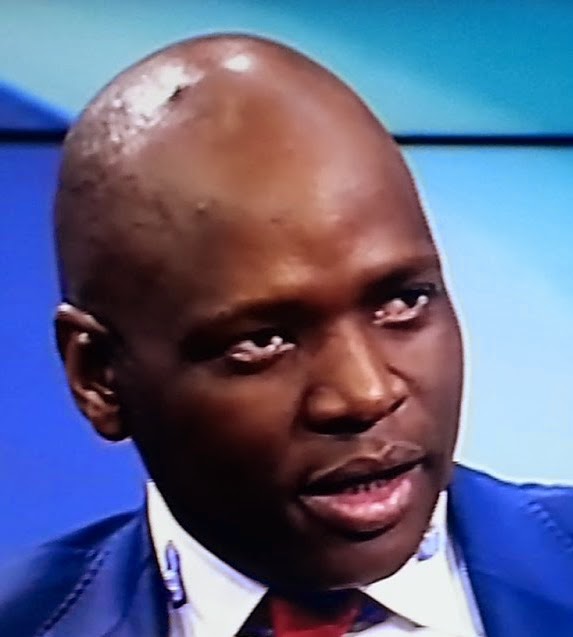 In a scathing report released by the Public Protector in February Thuli Madonsela found that Hlaudi Motsoeneng "should never have been appointed at the SABC".

Last year the controversial figure who doesn't have matric and who reportedly has with close ties to president Jacob Zuma, earned a salary of R2.4 million rand.

"He filled in symbols for matric subjects for a matric certificate Hlaudi Motsoeneng knew he couldn't produce," the Public Protector found in her shocking report.

In a recorded interview with the Public Protector, Hlaudi Motsoeneng admitted that he lied about having a matric, and that he made up symbols for a matric certificate he knew he couldn't produce.

On the form he indicated that he got E's at the Metsimantsho High School for English, Sesotho, Afrikaans and "Bibs" (most likely Bible study). 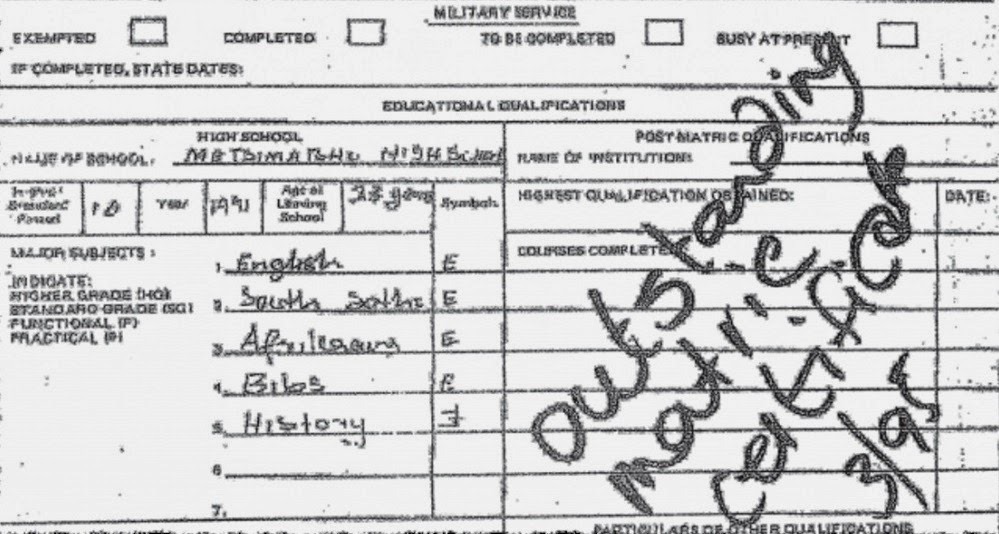 The fake matric symbols - even if they were true - is a world removed from the tertiary qualifications needed for the position of COO at a broadcaster, a position last advertised at the SABC in January 2012.

An SABC audit by Deloitte & Touche done in 2002 found that Hlaudi Motsoeneng was regarded as "a semi literate journalist, inexperienced and not able to communicate in English"

Then, Hlaudi Motsoeneng's lies and inability to produce a matric certificate, as his appointment as permanent COO at the SABC just over a decade later, led to a revolt inside the SABC's Bloemfontein head office as it has now.

The SABC's biggest trade union Bemawu has has filed a dispute over Hlaudi Motsoeneng with the Commission for Conciliation, Mediation and Arbitration (CCMA) over the appointment.
on 10:54:00 PM