TAPE DELAY: IF YOU DON'T PAY, YOU DON'T PLAY. Inside the SABC's ongoing - and growing - 'problem' with securing foreign programming. 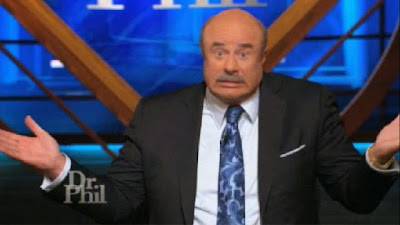 An ongoing problem of promising programming to viewers and then defaulting "at the last moment" when shows have to be replaced because the SABC didn't pay foreign distributors in time, is escalating.

This is creating tension within the SABC, as well as heaping more and more public embarrassement on the SABC's three TV channels, SABC1, SABC2 and SABC3.

All three of the SABC's channels now are pulling promised and scheduled foreign content regularly, with no warning to viewers, no explanation to viewers, silence about what is really going on, and adding to South African TV critics' frustration with the public broadcaster's growing international content no-show mess.

Dr. Phil was supposed to start on SABC2 again yesterday afternoon after months. It didn't.

Survivor was supposed to start on SABC3 this coming Monday. It won't.

The Jeff Probst show was supposed to start on SABC3. It didn't.

So Jeff Probst who was supposed to suddenly be in two shows on SABC3 at the same time, is not in even one.

The Vampire Diaries on SABC2 didn't start when it was promised.

All of this is just the ridiculous and shameful situation just the last month at the SABC regarding foreign content not ending up on the SABC's when as as it was promised to viewers.

Dr. Phil was supposedly set to resume on weekdays after SABC2 embarrassingly had to yank the American talk show off its schedule earlier this year due to playing episodes without paying, and without a valid contract.

According to SABC2, its schedule and its printed listings nationwide in newspapers, viewers were looking forward to Dr. Phil. What they got is the 7th season of Judge Mathis.

The 23rd season of Survivor, Survivor South Pacific was supposed to start Monday 9 December on SABC3.

It won't anymore because payment wasn't made in time and foreign content acquisition at the SABC is again experiencing the "tapes didn't arrive in time" euphemism - which happens when you don't pay in time.

Survivor is suddenly the next season of The Amazing Race.

My Babysitter is a Vampire on SABC1 appeared, and then disappeared without a single episode playing.

Wipeout, the American game show has been wiped out from the SABC2 schedule, and although SABC2 had the American drama Teen Wolf on the schedule in another timeslot, the channel is unable, after multiple media enquiries over weeks, to say what is actually replacing the timeslot.

The start of The Vampire Diaries on SABC2 had to be pushed out and SABC1 which promised Moesha had to flip and change it to the second season of Disney's Pair of Kings.

At least there was enough 80s The Cosby Show which arrived in time to not just fill one, but two SABC channels as SABC3 and SABC1 bulked up on multiple weekly episodes.

So why the schedule mess across the SABC's three TV channels? Two reasons.

Firstly, international distributors don't trust the SABC anymore. In most cases the past two years they're demanding upfront payment before tapes are released, following distributors who got burned by allowing content to be shown and finalising contracts and payment, after which drawn-out struggles ensued when the SABC failed to pay up.

After the SABC's financial, corruption, maladministration and administrative meltdown in 2009 followed by a financial government bail-out, various distributors struggled to get reimbursed and to get what they were owed by the SABC because the broadcaster was in several cases unable to accurately say what were broadcast, how many episodes of specific shows, how many times, and when.

The second reason for programming not materialising in time at the SABC and leading to the growing number of last minute scheduling bait-and-switch changes, has to do with tightened corporate accounting and acquisitions protocol.

That in itself is actually a good thing, but the processes still needs to be fine-tuned from a time-lapse perspective. With more exact sign-off and more exact procedures regarding foreign content acquisition from distributors put in place, the SABC is not allowing more time for deals to be done and for possible hiccups.

In short, the process takes longer. The SABC also has to fully vet and secure contracts to final sign-off stage before a deal can go through as part of tightened regulations, processes and procedures.

The result however is that if for whatever reason, foreign content distributors (or the SABC) are not 100% and entirely fine with a content distribution deal - even if it's the smallest thing or a technicality with paperwork - that it delays tape delivery to Auckland Park.

That is why the SABC's channels keep missing the planned date to start play-out of a show.
on 12:35:00 PM