The SABC's editorial independence will not be compromised in the run-up to the 2014 elections, says the minister of communications. 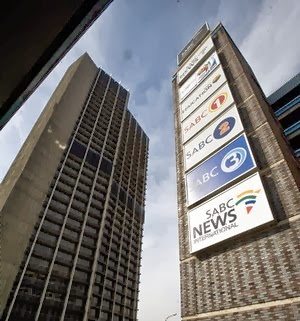 The SABC's editorial independence will not be compromised in the run-up to the South African general elections to be held in 2014, says Yunus Carrim, the minister of communications.

Yunus Carrim was speaking in parliament and said that the SABC is obliged to adhere to the regulations from the Independent Communications Authority of South Africa (Icasa), the Independent Electoral Commission's Code of Conduct and the SABC's own internal guidelines in terms of covering pre-election stories.


Editor's note: There is of course, tragically, two points of intense irony here. Firstly it is that the SABC's editorial independence and editorial integrity has been compromised a long time ago.

The blatant censorship, skewed news values, cronyism and interference in news at the SABC can be observed weekly, if not daily, in the sad and sorry sack of scandals emanating from SABC corridors, such as the very current drama of the matricless Hlaudi Motsoeneng who've ordered The Big Debate talk show to be pulled off of the SABC2 schedule.

Secondly, how sad that a minister from a political party, and from the ruling party in a country, has to say something like that of a broadcaster. As if the SABC is a state broadcaster (which it isn't - it's a public broadcaster).

If anyone was going to say the SABC will be editorially independent, it should be, can only be, and must be coming from the SABC's CEO Lulama Mokhobo who is the editor-in-chief, and not from a political minister.