BREAKING. TopTV ends; StarSat to start on 1 November with more TV channels and some free channels to sample for a month. 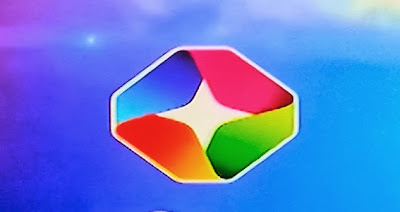 On Digital Media (ODM) will terminate its TopTV brand today, 31 October, and I've also learned that StarSat will start as the new brand-name of the struggling South African pay-TV operator on 1 November.

Current subscribers to the TopTV service will get additional new TV channels which will be made available for free sampling for the month of November, with new StarSat bouquet changes and package restructuring which will be introduced from December.

The Woodmead based company with China's StarTimes as a new investor which came to ODM's rescue with a cash flush lifeline, wants to distance itself from the damaged TopTV name.

ODM and StarTimes are looking for a new start with StarSat after TopTV was pummeled the past two years with bad press over customer service issues, billing system problems, a lack of sport content, a lack of HD channels and a PVR roll-out despite initial promises, and the desire to introduce pornographic TV channels while ordinary TV channels kept disappearing which were never replaced despite promises to customers.

Neither ODM nor its PR agency has communicated anything to the South African press regarding the StarSat brand name change or that it will be happening from tomorrow, 1 November, or channel or bouquet changes, but ODM is set to have a press conference today to officially unveil the new StarSat name change of the terminally damaged TopTV name and to talk about the business rescue process.

ODM has been in business rescue since the end of 2012 and is waiting for regulatory approval regarding stakeholder shareholding changes following a bail-out by China's StarTimes which is getting a foreign effective 65% economic interest in ODM.

ODM shareholders voted at the end of April 2013 for StarTimes to bail-out the beleaguered operator which would have shut down at the end of July 2013 without a massive cash injection to keep the operation and signal distribution of South Africa's second satellite pay-TV platform going.

StarTimes in its rescue bid proposal had some strong words for what it considered mismanagement at ODM as well as its poor content offering and badly priced packages and said that it plans to radically overhaul the TV channels offered, the packages and the customer experience for TopTV subscribers.

ODM today is set to reveal that it will finally embrace a roll-out of high definition (HD) TV channels in the future, something which ODM promised for TopTV when the service commenced commercially just over three years ago but which never got fulfilled. ODM will also introduce additional new TV channels for StarSat which will form part of a new bouquet grouping structure and packages.

ODM will add a number of TV channels to the new StarSat overall bouquet, after the TopTV bouquet saw serious deterioration and atrophy the past year and a half with the loss of numerous TV channels due to financial troubles, debt and the breakdown of relationships with content distributors.

ODM will add TV channels to StarSat's Variety package which current TopTV subscribers will be able to see for the month of November without an additional charge. ODM will introduce StarSat package changes in December.


ALSO READ: TopTV came thisclose to shutting down in July 2013; StarTimes has pumped R30 million into On Digital Media (ODM), StarTimes now helps with acquiring TV content.
on 8:39:00 AM