BREAKING. On Digital Media (ODM) to unveil TopTV's change to StarSat and its new StarSat pay-TV offering on Thursday. 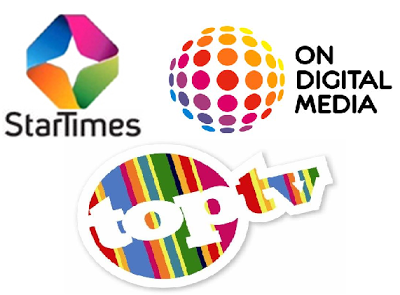 Tomorrow On Digital Media (ODM) intends to take the wrap off of it's "new" StarSat offering when the struggling South African satellite pay-TV operator, which is dumping and completely getting rid of the terminally damaged TopTV brand, plans to officially unveil its new StarSat name and TV channels offering.

ODM in business rescue since the end of 2012 and is waiting for regulatory approval regarding stakeholder shareholding changes following a bail-out by China's StarTimes which is getting a foreign effective 65% economic interest in ODM.

It's not clear whether ODM will also launch a pornographic TV bouquet of sex channels which it got permission to launch from South Africa's broadcasting regulator at the end of April this year after a second application but which dented the company's public image and reputation and the TopTV name.

Interestingly, as On Digital gets ready to reveal its new pay-TV offering to South Africa, competitor MultiChoice is making a raft of premium channels from its most expensive package available to lower-tiered DStv subscribers in November at no additional cost.

From Monday 11 November to Sunday 17 November MultiChoice will unblock dozens of TV channels for subscribers who are not on the DStv Premium bouquet.

On Thursday ODM plans to give an update on On Digital Media's progress regarding the business rescue.

The Woodmead based company has seen court action as shareholders fight behind the scenes and an ongoing diminishing channel line-up this year. StarTimes promised a major restructuring and shake-up of the business as well as a major upgrade of TopTV's on-air content offering.

On Thursday ODM's acting CEO Eddie Mbalo plans to launch StarSat as a new brand in the place of TopTV, promising a "new viewing experience" to subscribers.
on 12:37:00 PM