OPINION. SABC News boss Jimi Matthews' big mistake in saying publicly how 'disappointed' he is in members of the SABC's news staff. 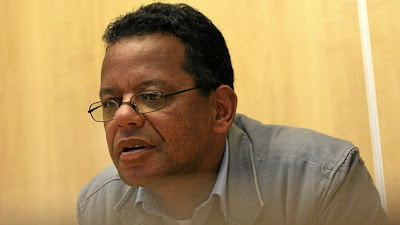 It's beyond shocking that the SABC's acting head of news Jimi Matthews would make statements chastising members of his own staff in public - things which a news editor (I've been one at various places; I know) and news executives do behind closed doors, in private, delicately, and handle as internal operational matters.

Yet Jimi Matthews chose to say in a public statement yesterday from the SABC: "I am very disappointed with the turn of events. Instead of debate, certain members of my staff ran off to other media houses claiming that I had banned Julius Malema from the airwaves. Nothing can be further from the truth. I asked for responsible journalism and intellectual engagement."

On the spectrum of possible things to do and say, this is so far towards the spectrum of "wrong", "mistake", and "no-no" that it boggles the mind. Surely someone like Jimi Matthews knows the SABC news staff by name. They presumably also have email addresses.

Unhappiness like this would be better communicated internally like through a memo to news staff. Not to the whole outside world and during a week in which the SABC is besieged by multiple crises and a hungry press looking for and at all possible weakspots at the public broadcaster.

To say something bad about your people - for any organisation - in public, even if its true, doesn't build self-esteem and trust. It further demoralises, breaks down trust and support, fosters resentment and creates bigger divisions.

If there's one thing the SABC News shouldn't be talking about publicly - its its own discord, unhappiness or disagreements in the newsroom. People and South African citizens want the news - not the thick melodrama swirling behind producing it.

For that we have the brilliant Jane Fonda as the Ted Turner-esque boss in M-Net's The Newsroom.
on 11:40:00 AM