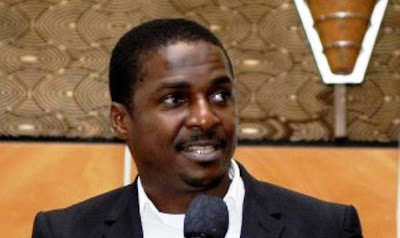 A breathtaking tale of excess, champagne parties, rampant mismanagement and a life of luxury is emerging from the scandalous implosion of the pay TV operator HiTV in Nigeria, where the immediate shutdown of the debt-ridden and floundering pay TV platform in Lagos took with it two channels supplied to South Africa's pay TV operator TopTV: Hi Nolly (TopTV 120) and One Music (TopTV 506).

The massive implosion of HiTV in Nigeria that still launched new TV channels in April, is already called the African pay TV industry's Enron, as salacious and unbelievable details are emerging of the runaway executive culture of excess, rampant financial undiscipline and unbridled greed which seems to have led to HiTV's apparent collapse.

With Guaranty Trust Bank in Nigeria that got an urgent court order against HiTV that has racked up staggering debt, salacious details are now emerging in the Nigerian press of the alleged high life and conspicuous consuption of HiTV's group managing director Toyin Subair and other literally high-flying executives who seemingly used HiTV as their personal piggy bank. Nigeria's TV industry is being rocked by its biggest scandal yet, with lurid stories emerging from staff who claim that they haven't been paid for five months.

While an embarrassed and distressed TopTV in South Africa as well as other pay TV platform partners across the African continent are struggling to find out what exactly is going on and the feasibility and chances of getting their suddenly ceased channels back, Toyin Subair who started HiTV in 2007 has disappeared and sent a resignation letter from London by email.

The playboy TV executive with expensive taste who've splashed out for years on only the best champagne, first class flights and top range cars is now missing. Toyin Subair has suddenly gone to ground in Europe according to Nigerian press, as HiTV has been placed in receivership. HiTV allegedly owes the bank billions.

Yet the embattled group managing director of Hi Media (the parent company of Entertainment Highway Limited that's the owners of Hi TV) did not jet back to Lagos to fix the massive cash flow problems of the crumbling pay TV empire he's built.

HiTV's co-founder instead fled to Britain from Dubai where he was partying it up with friends when Nigerian police stormed and seized HiTV's Ikeja offices where they, lawyers and a Guaranty Trust Bank official gave workers five minutes to collect their personal belongings and leave before locking up the building and towing away luxury cars.

Nigerian press, from before, but mostly from September, detailed lavish parties of utter excess thrown by Toyin Subair, private flights for small trips; a fondness for flashy cars. Irate HiTV employees started resigning after claiming they're owed almost half a year's salary. Of course HiTV subscribers also started not paying when channels ranging from Discovery to Sony started to disappear because of non-payment to channel distributors. HiTV investors are shocked, dazed and confused - but most of all furious at HiTV's missing frontman.

According to the Nigerian press, insiders place the blame for HiTV's financial collapse squarely on Toyin Subair and his ''flamboyant lifestyle'' who allegedly debited ''all expenses incurred into the company's account''.

Nigerian press reported a few months ago about Toyin Subair's 10 ultra-lux cars, the millions he splashed on champagne in September for his birthday party in London, and his private cinema of N100 million naira he built in Lagos.

Toyin Subair apparently ''rarely flies on commercial airlines. He always travels on chartered flights'' - flying first class and staying at expensive hotels internationally (he travels internationally regularly according to Nigerian press) with Toyin Subair and HiTV executives allegedly only staying at ''5 star category hotels both within and outside the shores of the country [Nigeria]''. ''There are genuine fears that he may run HiTV aground,'' the Nigerian press said two months ago about Toyin Subair's expensive taste for the good life.

Even if only a fraction of the massive spending allegations against Toyin Subair and certain HiTV executives are true, it shows what led to HiTV's doomed operations. Expensive 4x4 vehicles, private school tuition fees for the executive team's children and personal private generators for electricity for their luxury mansions are just some of the allegations levelled against Toyin Subair and HiTV management.

While still seen ''sipping expensive drinks'' at an exclusive party by the Nigeria Tribune in October, Toyin Subair is now nowhere to be found.

''Ridiculous, exploitative and unacceptable,'' is how Nigeria's minister of information and communication in 2007 described the way in which Nigerian TV viewers were apparently subjected to -  and have been at the mercy of - foreign pay TV operators when HiTV launched with 24 TV channels.

Now it would seem as if Nigeria's once-hopeful, local upstart pay TV operator ended up doing exactly the same.
on 12:33:00 AM