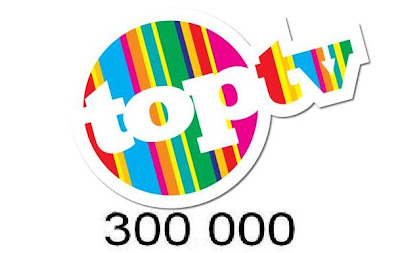 I can exclusively break the news of TopTV's latest - and growing - overall subscriber number which I can reveal has now surpassed the 300 000 mark.

At launch in May 2010, Vino Govender, On Digital Media's CEO, said TopTV would need 500 000 subscribers to remain a viable business.

The more than 300 000 TopTV subscribers that now exist, means that ODM is more than 60% to where it wants or needs to be by the end of April 2013. April 2013 would be the 36th month of commercial operation for TopTV and is the envisioned break-even point for TopTV to reach at least 500 000 subscribers and to remain a sustained, viable pay TV business.

The new and further improved TopTV subscriber numbers will ally some fears, come as relief, and restore some trust in the perceptions of the longterm viability of TopTV by the wider South African TV industry.

Where TopTV at launch started off with a lot of goodwill as a new pay TV upstart, the market has turned decidedly more negative in its outlook of TopTV the past couple of months, mostly due to some unkept promises and a lack of regular updates, news and developments from the company.

The ongoing subscriber growth - basically an additional 100 000+ subscribers signed up by TopTV in 2011 - indicates viability of TopTV's offering as a pay TV platform in South Africa. In a wider perspective however it clearly indicates the continuing strong demand under South Africans for affordable pay TV options, as well as the continuing willingness of average consumers to use a part of their increasingly limited discretionary spending on subscription television despite existing strenuous economic circumstances and a sluggish South African economy.

About the latest subscriber number exceeding 300 000, TopTV told me ''we're happy with it in terms of business forecasts and our growth plans''.