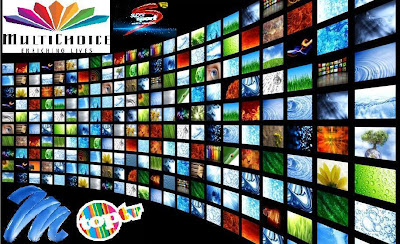 South Africa's pay TV and satellite television business is a multi-billion rand business sector, with the total South African pay TV subcription households that grew by 600 000 in 2010 - the most ever in a single year.

Furthermore the South African pay TV sector, according to the latest projections, is set to rake in in excess of just over R17 billion per year by 2015.

These and other startling information and projections about South Africa's white hot pay TV industry are contained in the just-released PricewaterhouseCoopers' South African Entertainment and Media Outlook 2011-2015 Report inside the television section - like the prediction that pay TV penetration will reach a staggering 66% of South African TV households by 2015.

South Africa's pay TV and satellite TV sector comprises MultiChoice's DStv, M-Net and SuperSport, an On Digital Media's TopTV, while SouthTel is set to start a video-on-demand (VOD) service in 2012.

According to the report, the overall subscription TV household universe rose by approximately 600 000 in 2010 - the largest singleyear increase in South African history. In 2009 and 2010, growth in subscription households averaged 24% annually.

''Competition in this market will continue to increase even further in 2011 with new technologies and product offerings entering the market. We project an approximate 550 000 additional subscribers overall in 2011,'' says the report, that does caution that the advent of digital terrestrial television (DTT) which will provide free additional TV channels in South Africa will somewhat dampen pay TV subscriber growth in future years. 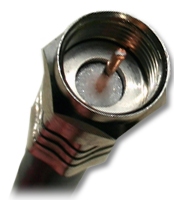 The report predicts that subscription television household penetration in South Africa will reach a staggering 66% in 2015 from 43,2% in 2010. New competition is also holding down average monthly spending, a factor contributing to the growth in pay TV subscribers in South Africa. In 2010, average monthly spending rose only 0,2% to R269. ''We expect another modest increase of 0,4% in 2011 with more focused spending on more affordable packages such as DStv Compact,'' says the report.

The report notes that high definition (HD) viewing continued to attract high-end consumers during 2010 to MultiChoice's DStv Premium bouquet and that ''it is expected that HD will continue to be an attraction for high-end consumers and that more channels will be added in the near future''.

The report says that ''as economic conditions improve and as services include more attractive offerings such as an increase in HD channels and channels in general, video-on-demand and internet viewing capabilities, average monthly spending growth will increase,'' for the average pay TV subscriber in South Africa. ''We project that by 2015, the average subscriber will pay R299,65 per month, a 2,2% compound annual increase from 2010''.


ALSO READ: Special report - South African TV market fuelled by rapid growth and transformation; massive pay TV and digital drive; and set to earn billions in revenue in the years ahead.
on 4:08:00 PM