BREAKING. VOSDAL is finally coming to the South African television industry. What you say? Get ready for Viewing-on-same-day-as-live ratings. 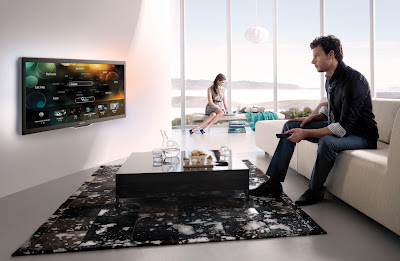 I can reveal that VOSDAL is coming soon to the South African television industry for the very first time. No. Not a third type of alien in the new drama series Falling Skies, or the annual spring day The Wombles decide to peek out their burrow. Say hello to Viewing-on-same-day-as-live (VOSDAL) television ratings for South Africa.

The South African Advertising Research Foundation (Saarf), custodian of the TAMS system that measures television viewing and audience ratings in South Africa, says that it's planning to introduce VOSDAL as well as a detailed, individual, live+7 day viewership rating measurement system for PVRs when it introduces its time-shifted viewership measurement with the next TV universe update, probably sometime in early 2012.

Saarf has decided to remove PVR households for now, temporarily, from the new TV universe for South African television viewership that will come into effect on 1 August. That decision will lead to a sudden, unexpected decrease in the perceived viewership of some TV channels (because the PVR households are no longer considered towards the viewing total). Saarf promises that this ''missing'' or invisible viewership will however be added back in later with more robust, separate viewership information. 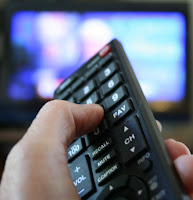 With this new set of PVR household viewership information, ad buyers, media planners, marketing strategists and TV executives will be able to get a detailed and very clear breakdown - for the first time ever - of what specific TV watching of what specific shows happens delayed but still on the same day as broadcast, as well as for each of the 7 consecutive days after a broadcast day.

Saarf plans to make a consolidated file available that will contain ''live+7 day'' PVR information. It will be similar to the live+7 DVR rating the American TV industry has been using for the past few years to get a clearer picture of how many additional viewers really watched a specific show or channel.

The industry will be able to ''customize'' and select what PVR viewership they deem of importance. Ad buyers or media agencies might want to focus on only ''live+VODAL'' - how many viewers saw a show live, plus recorded it but still watched it on that same day. Or you might decide ''live+2'' - viewers who watched a show live as well as those who recorded it and watched it within two days - are still significant enough to count towards your viewership total.

Example: Let's say Idols on M-Net at 17:30 on Sunday attracts a viewership of 950 000 people.
PVR viewership is going to give you a VOSDAL rating of 20 000, meaning that a further 20 000 people watched Idols not at 17:30 but still on the Sunday, bringing the total Idols viewership to actually 970 000.
Then you can add Idols live+1 that might now give you an additional 14 000 viewers who watched the show they've recorded on their PVR on Monday, bringing the total to 984 000.
As you add live+2, live+3, live+4 and so on, the number of viewers on these later days go down as less and less people actually watch what they've PVRed. But it does still make a difference to the overall total number of people who've watched.

ALSO READ: DStv viewership to go down 9% on average from August as PVR viewership, that has become ''significant'', gets temporarily removed.
ALSO READ: TopTV viewership numbers for the pay TV service is coming, but audience ratings won't be available for individual channels.
ALSO READ: PVR viewership removed from TAMS from August; viewership of M-Net, kykNET, SuperSport will decline.
on 11:50:00 PM