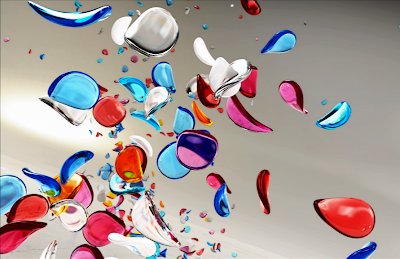 Exactly as I've said it would be, M-Net (DStv 101) introduced the pay broadcaster's brand-new on-air imaging which went into use this morning at 07:00 on both M-Net and M-Net HD (DStv 170) - a beautifully fresh florally, translucent, light and breezy look accompanied with crisp music tones. The new brighter, multi-coloured look that introduces shades of red, orange, and cherry in swirling glass petals (whilst continuing with the iconic blues and the purple shades M-Net is known for) replaces the previous on-air look that was introduced two years ago in June 2009. 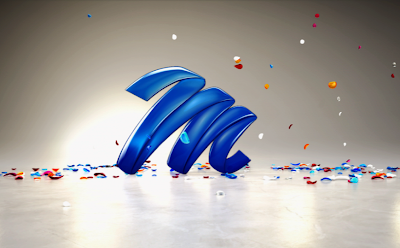 The really ever-brilliant Clearwater that's done (and keeps doing) such terrific visual work for M-Net, is once again responsible for this striking and beautiful piece of television work of glass petal pieces swirling and falling fountain-like, around the ribbon-device M-Net logo.

TV with Thinus has the first inside scoop on M-Net's brand new on-air look. I've asked everything you might possible want to know about this wonderful little bit of (moving) art on TV that so often gets so little attention but, if done right - as Clearwater has again for M-Net - is just beautiful to watch.

M-Net changed its on-air look just two year ago in June 2009. Why this change again so soon, and what exactly is changing in terms of the channel's look?
Two years is quite a long time for a premium entertainment channel to retain the same image. The reason why the previous image lasted was because it continually evolved and was regularly updated. Our new 2011 look will also grow and evolve over time as we've adopted the same organic approach with customizable elements that can easily be updated as the seasons and shows change. All the on-air elements are new. The extensive channel image package includes new music; show bumpers in and out of ad-breaks, channel idents, age advisory boards, promo graphics and daily line-ups. 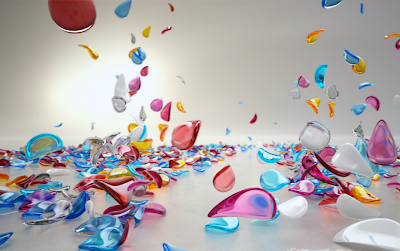 What was the inspiration behind the new look?
The look was inspired by an experimental video by Alex Roman called 'The Third & The Seventh' in which he uses 3D animation to create amazingly realistic imagery. Although our image looks nothing like his experimental video, the concept of creating a look that felt ''photo realistic'' was the primary inspiration which dictated the camera angles and movements as well as the colours and lighting choices. We also wanted something that was fresh and edgy and that looked nothing like anything done before for on-air imaging.

How long does M-Net envision staying with this new on-air imaging, is there a timeframe for the duration of how long it will definitely remain set as the new on-air look for M-Net?
There is no specific time frame. We believe that a channel's image should be inspired and relevant and if that means adding new elements from the first month or keeping other elements for a year or two, then so be it. Our marketing objectives will dictate the evolution of the new look but as long as the elements are functional, beautiful and our viewers respond well to them, we'll keep it. 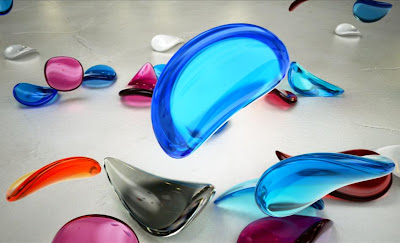 The new imaging is quite a departure from anything that was really on M-Net before in terms of its look and movement. What was the brief to the design company and how far were they allowed to go?
We've always invested smartly and we consider ourselves pioneers when it comes to our on-air presence. Updates are inevitable but re-invention is what keeps audiences excited, sometimes despite their initial reaction to change. This is not the first image that has been a complete departure from its predecessor nor will it be the last. It's important to remain ahead of the trends and relevant to our viewers. The brief to Clearwater - the imaging specialists responsible for this and a number of our previous channel overhauls - was to be colourful, contemporary, modern and edgy whilst celebrating M-Net's core brand attributes. The rest was up to them to translate into beautiful and functional imagery and we trusted them to make that happen. 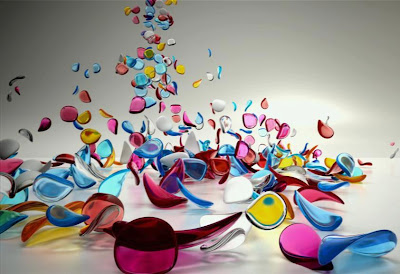 Can you talk about the colours and why these specific colours are used and what they mean.
M-Net is colourful in every respect. From the colourful characters in our shows, to the variety of entertainment we offer. The different colours we use represent this, as well as setting the stage for our world-class entertainment. The colour palette is actually quite carefully designed to reflect certain tones as well. Although we don't specifically colour-code, certain items such as the ''18 age advisory'' board is set in reds and blacks while the ''13 age-advisory'' is set in much lighter and friendlier greens and blues. The same applies to our promo end-boards where colours have been chosen based primarily on the tone of the show they're promoting. 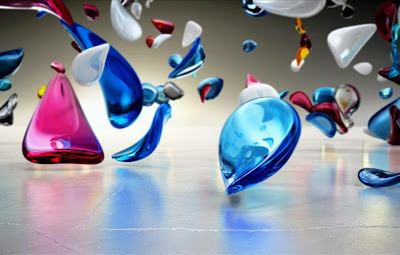 How does the movement(s) of the various on-screen elements help to tell the ''story''? What was the thought behind how the various elements are moving and coming together in the new imaging?
The colourful glass petals used in this new look are moved around by an invisible force - we like to think of this force as ''the Magic''. It's not something you can put your finger on, it's a feeling - a mood. This is what the petals do for us; they represent the ''Magic'' that has always been M-Net's key ingredient. The motion is also beautiful to look at; the petals move unpredictably, they're exciting to watch and completely unique. We love the fact that some are blown with the force of a gentle breeze, while others are thrown or swept and some even seem to dance across the screen. They're incredible versatile. 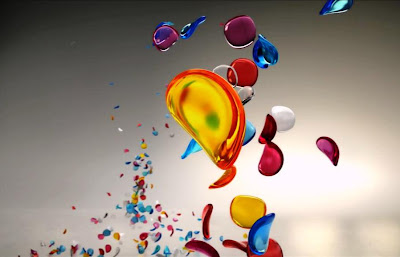 How has the addition and existence of M-Net HD influenced the imaging, for instance, is more possible and did the reality that more striking things can be produced because it will be seen in HD, have an effect on the creative process?
Very much so - HD has definitely changed the way we conceptualize and make television. We're no strangers to HD though. In fact, everything made for M-Net since 2009 has been in high definition and this image overhaul takes full advantage of the possibilities offered by HD; crystal clear images, immense detail, rich colours and of course the wide-screen aspect ratio all played a role in the development of this image. The glass petals for example boast incredible detail that only HD could accommodate. 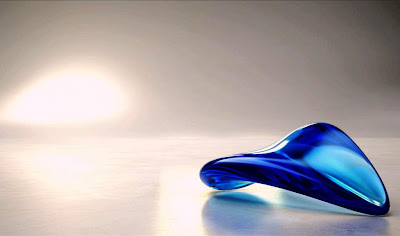 When did the process and conceptualization for the new imaging start and what was the most difficult part of it? Is there maybe some behind-the-scenes secret regarding a certain bit of sequence of image or idea that made it into the final look that viewers won't know but should look out for and actually has a story behind it?
The process behind this new look started over a year ago and although the original idea remains, what you see on air now is probably the 4th treatment in terms of visual detail. The most difficult part was without a doubt working in high definition. What viewers may not know is that every frame of the new image is created using a series of up to eight layers of 3D animation, and there are thousands of frames all of which needed to be rendered in HD, in a given space of time.
There's no facility in South Africa that had the required render power to tackle a project of this magnitude, and so the frames were rendered on farms in 4 time zones and as far a field as South America, Germany, the US and the UK. What's more, it required over a terabyte of bandwidth to download and even with Clearwater's high-speed (20Mps) connection, it actually took longer to download the frames than to render them.
on 9:49:00 AM