BREAKING. Wild drama behind the scenes of M-Net's The Wild as actor Tony Kgoroge departs the show after filming a month's episodes. 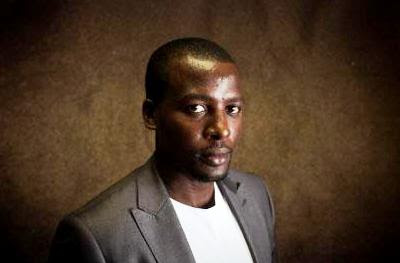 Wild drama is already rocking M-Net's new soap The Wild before its even started its broadcast on M-Net set for 4 April, with TV with Thinus that can exclusively reveal that actor Tony Kgoroge has left the show. Tony Kgoroge had a lead role.

According to sources the Magic Factory production is reeling after the actor who've filmed just over a month's worth's of episodes decided to ''part ways with the show'' as one source put it to me. ''He's in basically every single episode'' said another. Apparently Tony Kgoroge repped by Moonyeenn Lee Associates (MLA) and M-Net couldn't come to an agreement on a contract and Tony Kgorore left the new weekday soap that's set on a game farm. This has forced M-Net to recast the role and start from scratch by redoing all the scenes in which he appeared in so far which one source described as  ''extensive''.

In answering a media enquiry about Tony Kgoroge, M-Net says The Wild will definitely still start, as planned, on 4 April at 18:00 and confirmed that Tony Kgoroge has left the cast and departed the show. ''Following constructive discussions, M-Net and Tony Kgoroge, a selected cast member for the channel's groundbreaking new soap, The Wild, have decided to discontinue the actor's involvement in the show. The decision was made as a result of irreconcilable views regarding the terms and conditions of his proposed contract.''

''A few scenes from the soap's main story line featuring Tony Kgoroge have already been filmed and consequently these scenes will be reshot with a new actor,'' says M-Net. ''M-Net is very excited about The Wild and its high-quality production value and remains committed to bringing viewers top-quality local productions.''
on 1:08:00 PM