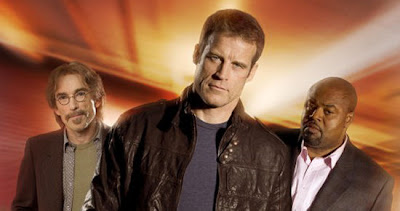 I can reveal that it will be the 2nd season of Human Target that will be replacing Law & Order: Los Angeles on the M-Net schedule when the latest Law & Order spin-off will abruptly stop on the pay broadcaster after 8 episodes on 4 March.

From 11 March it will be Human Target making a comeback, with M-Net that jumped to find a replacement show. Last week I told you that M-Net - as probably other broadcasters around the world - were blindsided by the show that suddenly fired cast members, is creatively retooling and went on an indefinite break. Had M-Net known this, the channel would in all likelihood not have started broadcasting Law & Order: Los Angeles in the first place.

ALSO READ: Why the brand-new Law & Order: Los Angeles on M-Net is going to create a scheduling headache for the pay broadcaster.
on 3:17:00 PM