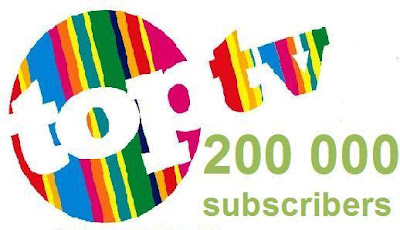 Earlier today On Digital Media's (ODM) TopTV announced that the new South African pay TV operator that launched its commercial satellite television service in May of last year, have crossed the mark of 200 000 subscribers and roughly 800 000 viewers during its first 8 months in operation until Christmas.

But what does that TopTV subscriber number of 200 000 and its estimated 800 000 viewers really mean? Here's some insight.

According to the latest available financial year results, MultiChoice - ODM's competitor - added 450 000 DStv subscribers in South Africa during its 14th year of operation. Now compare the 200 000 TopTV subscribers that didn't exist 8 months ago. An incredibly phenomenal feat for a start-up pay TV business who's commercial service is not yet one year old.

There is no way to independently verify TopTV's claim of 800 000 viewers. However, based on that figure, it would mean that each household with TopTV, or for every TopTV subscriber, there's 4 viewers who have access to that pay TV service. This means (a) more South African TV viewers who get the potential to watch more than just the 3 SABC TV channels, (b) further TV audience fragmentation, (c) a dramatic increase in new channel sampling, pay TV service education and awareness and (d) rapid digital television penetration in the consumer market.

The 200 000 subscribers means that there's 200 000 South African television viewers that exist, and who didn't a year ago, who are using a portion of their disposable income as discresionary spending to pay for a television service. That makes them loud, vocal and more demanding in terms of TV programming and service levels. They are more engaged as subscribers to a specific service and this has an incredible strengthening effect on the general awareness level and consumer power of the overall TV audience exerting more pressure for ''better'' television.

The 200 000 subscriber number theoretically means that ODM signed up a massive 816 new TopTV subscribers per day since it started in May, every single day (although the bulk happened in May and December). It's clear why TopTV's customer care call centre wasn't prepared and had to keep upstaffing drastically several times the past few months.

Vino Govender, TopTV CEO said at launch in May that its TopTV's hope to have 500 000 TopTV subscribers by its 36th month of operation. The 500 000 subscribers which it hopes to reach by the end of April 2013 after 3 years of operation has been envisioned as its break-even point to be a sustained, viable business. TopTV is already almost halfway there (40%) with 200 000 subscribers - and did that in just 8 months.