INTERVIEW. Yolisa Phahle on Vuzu turning one, Vampire Diaries and Vixens: ''We don't talk down to our audience.'' 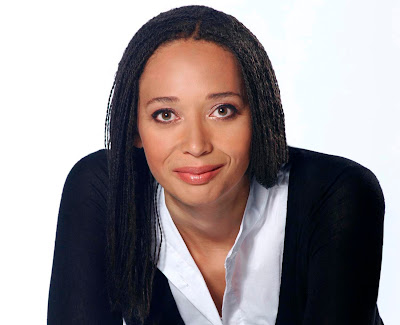 ''Vuzu is committed to local programming, to trying new formats and to being part of a highly creative local industry.'' So says Yolisa Phahle, M-Net's channel director for special interest who runs Vuzu (DStv 123) that just turned one.

I asked Yolisa Phahle about the unbelievable success and popularity of Vampire Diaries on Vuzu (''We knew it was a great show''), why Vuzu has been so successful (''we don't talk down to our audience''), Vuzu's racier fare (''Vixens has been controversial'') and what TV shows on Vuzu are resonating with viewers. Read what Yolisa Phahle has to say about Vuzu's successful integration of social media with the TV channel ethos, what the channel is currently working on and the process of growing local TV productions for the channel's viewers.

For the full interview click on READ MORE below. 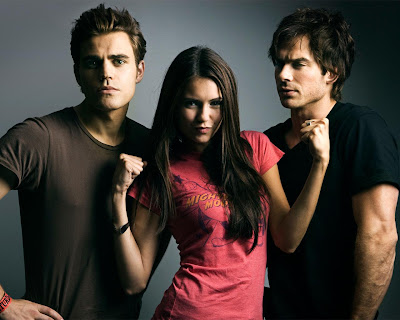 Viewership for Vampire Diaries on Vuzu is just phenomenal and has simply skorocketed since Vuzu was added to DStv Compact just a few months ago. Has the tremendous performance and the growth of the show surprised you? Is Vampire Diaries Vuzu's best show in terms of audience growth and viewership over the past few months? How do you feel about the show?
We knew it was a great show, and hoped it would be massive, we are grateful for the support of our viewers who made it the success it is. I think it was a show that also appealed to people outside of the target market and in many ways brought a new audience. I am hooked on the show, can't wait for another season and was tickled pink this weekend when I came across Verbane or flavoured soap in a hotel bathroom.

What do you think is Vuzu's biggest success if you have to look at the various individual elements making up the channel over the past year?
We are a real 21st century urban youth brand, our target market love Coca-Cola, airtime, iPods and things like that regardless of what race they are and I think we are a true rainbow brand and that is liberating for people. Over and above that we have some great shows, are proudly local, don't talk down to our audience, proactively interact with them and we try very hard!

Can you reveal a secret or two, what's Vuzu working on right now for the second year, what will viewers maybe be seeing in the second half of this year and next year?
We are hoping to do something big with Nonhle Thema, are into tweet ups and are trying to secure the best youth focused shows from America.

How do you feel about the social media and internet and networking aspect of Vuzu? Has that so far been what you've envisioned for the channel to be, do you want to enhance that further, how do you see it growing and expanding?
Social media is now second nature to us, we communicate daily any news, changes, and take feedback 24 hours, seven days a week. Our aim is to provide entertainment and we do that by using all and any platform going!

Besides Vampire Diaries, what have you discovered are the kind of shows that resonates with viewers? What are the content viewers respond to and what are some of the top Vuzu shows?
Reality shows like Ray J and I Wanna Work for Diddy are very popular, but animation is also very popular.

Vuzu as a channel has shown tremendous resonance and also growth as a channel since it was added to DStv Compact a few months ago and DStv Compact is now almost at the one million subscriber mark. Advertisers must be happy. Do you think you'll be able to do even more with Vuzu because of the bigger reach and growing impact the channel can make, or is that not one of the aims of the channel currently? Do you rather just want to continue with the original priorities of the past year?
We're very excited to have the opportunity to reach new audiences and work hard to build our brand on air as well as off air. Lifestyle events are a priority for us. 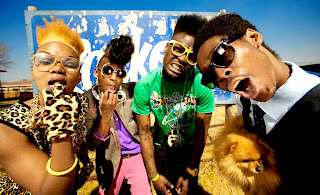 How has the process of local productions for Vuzu been? Difficult, easy? There's been some controversy surrounding Vixens. How do you see the show fitting in with Vuzu, is it maybe not to daring? How do you see local content (growth) on Vuzu into the future?
Vuzu is committed to local programming, to trying new formats and to being part of a highly creative local industry. Vixens has been controversial, it's addressing a real issue, and just one of our local shows. Cream Cartel is another series which is working well, the characters really resonate with our viewers, after all it's great to be able to believe that we live at a time where it is possible to follow dreams and where creativity and innovation means something.