EXIT INTERVIEW - Survivor SA Santa Carolina Izak Davel: ''Its brought me to a point where I feel that, yes, I'm really a man.'' 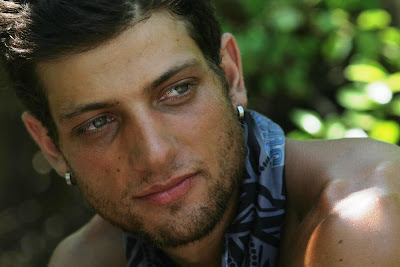 I can bring you the VERY FIRST independent exit interview with Survivor SA Santa Carolina celebitant Izak Davel who became the 6th last contestant to get voted out after a very clever plan to get him outsted.

Earlier today I spoke with the really super cool Izak Davel about his time on the island. He told me who he liked and didn't like, why he decided to do Survivor SA, and the beating that bod in the speedo took because of the island circumstances. See who he says he missed the most, why he had those emotional moments where viewers saw tears, and what he has to say about the fishing trip in his final episode. Find out who he thinks will still make it far in the game. His answers on what he learned about human nature, as well as about himself, will definitely surprise you.

For my full interview with Izak Davel, click on READ MORE below! 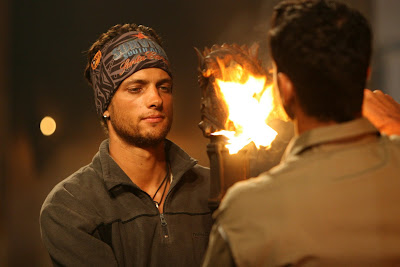 Did you think you're getting voted out tonight?
You know, that morning when we walked around at the tribe and I sat there I started getting a bit paranoid. I picked up some paranoia from members in the tribe and then I started getting a bit paranoid myself. I thought, ''Oh. They're busy scheming and making plans that I'm not aware of.'' But I didn't ask anyone about it. So yes, I suspected it . . . 50/50. 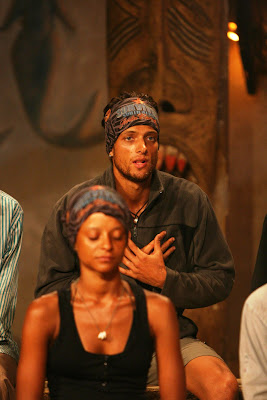 What did you think at tribal council when you sat there and started hearing the answers?
I remember that when Nico Panagio started to read out the votes I suddenly realized and went, ''Mmm, this lot obviously planned some stuff a bit behind my back.'' Obviously they followed a tactical approach to getting rid of me.

What was your strategy when you started Survivor SA and did you stick to that or did you adapt?
I didn't really know how to play the game because I'm a bit of an emotional type of a guy. I only started to approach the game from a strategic point of view towards the end when I decided that it was indeed now time for Okkert Brits to go.That was the first time that I really realized that if I wanted to try and win this game, I will have to play more strategically. Then it doesn't help that I don't want to vote out people who I like. I constantly tried to adapt the best I could.

What was the most difficult for you?
The people I missed: my wife, my family, my friends. And of course the little food we had also played a big role.

What I also wanted to ask you - especially at the beginning we saw you really sad a few times and a few tears during a few emotional moments you were in. Why did you have those emotional moments on camera?
The first time was when I lost against Okkert Brits. I felt very guilty because everyone was so hungry and I could have won a whole crate of food. And I didn't. So I felt a bit like I had a lot of pressure on me. The other time was when we got the letters from the charities we support. I have to say that it was very emotional because you just realized why you're really playing the game and that it's to get money for the various charities. 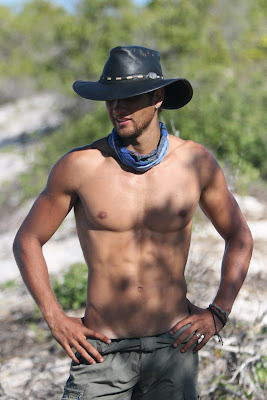 You were one of the strongest guys and showed a lot of muscle and of your body. When you got back from the island, what was the impact of having been there? How much weight and muscle did you lose?
In that first week I picked up 6kg, then another 4 or 5kg. I think it's your body's way of protecting you; of protecting your organs and muscles. Only in the last two weeks or three weeks or so did I get back to close to my normal weight and looking how I did before I left. My body took quite a rollercoaster ride during this experience. 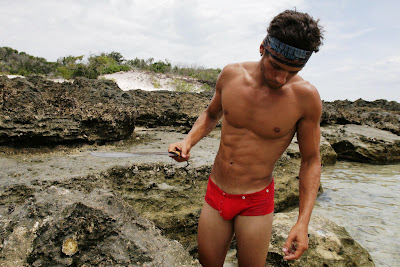 Any stuff that you discovered only after you got back about your body?
Not really. The blisters that I got on my feet are still blue. They don't want to heal. They are no longer open and raw but they're still blueish in colour. And that's the only bodily damage I really got from doing Survivor SA. I have to say I really lost a lot of muscle mass. I'm struggling to get some of my muscles back. It's difficult. But other than that I didn't really sustain any damage.

Then I want to ask you, why did you originally decide to do Survivor SA?
The only way that I can describe it really is that it's a once in a lifetime experience. If you get that opportunity, you just have to take it. It's not something that you're going to be offered twice. That was the main reason.

Who do you think will still make it further in the game?
At this stage the game is very, very interesting because everyone is now starting to play for him or herself and realizing that alliances are not going to help anymore because we're heading towards the end of the game. It's very difficult for me to say who I think is going to win because everyone started to display a different kind of personality to press towards the end. I'm actually very curious to see what's going to be happening in the next few episodes and who does what to take themselves further in the game. I really can't tell you who I think is going to win. It's a bit difficult. 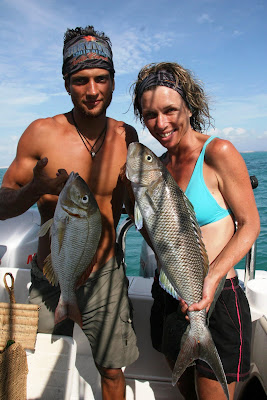 Then the whole fishing trip, and one of the comments you made is that now you're a man. How was the fishing experience?
Fishing was fantastic. I realize now why guys go out to the deepsea to go catch fish. There's this adrenalis rush. Its brought me to a point where I feel that yes, I'm really a man. I don't see myself as a little boy anymore. I finally took the step to say that I am a man, I can stand on my own two feet, I can catch a fish. And that's the stuff that men do. I realized that I can do it and that I don't have to feel ashamed about anything - I can do the stuff that real men do.

Who did you like the least?
Uhm, I think at the beginning when Darren Maule was still in the game . . . maybe we rubbed each other the wrong way. He constantly wanted to know who's in what alliance. And I never told him. So he started to get irritated with me because he knew that I knew that there were alliances. But I never told him. Ha ha.

Who did you like the most?
Ashley Hayden, ProVerb and Kaseran Pillay and I were in an alliance right from the beginning so I got along with them the best. But I think Okkert Brits is right at the top of the list. We got along very well. And we still talk the whole time. 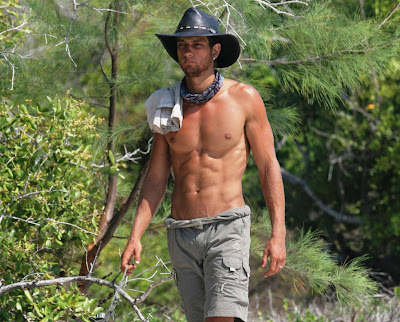 What did you learn about human nature?
I learned that you have to give people chances in life. You don't have to make up your mind about people immediately. I discovered that it's okay, and that people deserve the chance to be themselves in front of you and to reveal to you who they really are. Don't judge other people too quickly. Give yourself the chance to get to know others before you judge them.

What did you learn about yourself?
I used to be a very creful kind of a guy. I'm very careful and I take my time before I start something. In this I've learned that I don't always have to be so careful or reserved. Sometimes you can dive in head first and not lose anything. You don't always have to be scared to do something without thinking it through. Go for it and see what happens!