Discovery Networks is expanding on its available channels in March. Discovery in Southern Africa grew with the recent addition of South Africa's second high definition (HD) TV channel Discovery HD Showcase (DStv 172) in December. The Discovery channel is also moving to DStv 121 to make space for the brand-new channel, Discovery World, starting on DStv 250 from March.

I spoke to Caleb Weinstein, senior vice president and general manager of Discovery Networks for emerging markets such as Southern Africa.
He explains the rationale behind Discovery's current channel expansion here, how the channels are different, whether further growth lies in the future and how Discovery sees its future prospects in the region.
You will want to find out what he says about Discovery's high definition television offering, The Oprah Winfrey Network (OWN), how this TV region compares to others and the benefit of Discovery's new channel numbers.

Click on READ MORE below for my comprehensive talk with Caleb Weinstein and what Discovery Networks is doing in Southern Africa. 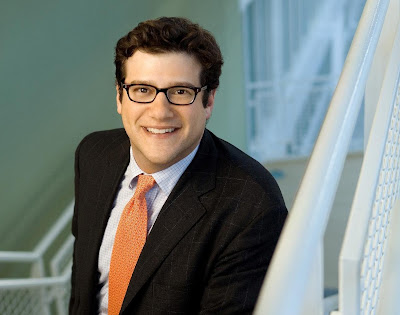 With the introduction of Discovery HD Showcase (DStv 172)  and the introduction of Discovery World (DStv 250) in Southern Africa from March, why are we having this big expansion for Discovery here now?
We've seen an opportunity - with DStv launching their high definition (HD) platform - to participate in that. It has created an opportunity for us to really talk about how we've expanded our portfolio approach around our Discovery channels. I think now is an opportune time in the Southern African market with Discovery World.
Secondly we have our ratings and the performance of the Discovery channel in the market place, and really the perception of Discovery really being much more of an entertainment channel than a ''factual channel''. Thirdly with Discovery HD Showcase, there's the fact that DStv was launching and expanding their HD platform.

Can you give me sort of an indication of when you started having discussions or talking with MultiChoice about expanding the Discovery channel options?
We're always talking with all operators about expanding our offering. We've been in this market with DStv for 13 years now and I think we've finally developed a proposition with Discovery World and Discovery HD Showcase that they've found compelling enough to launch on the platform.

And then a logical expansion on this is: Are we going to see more channel roll-outs from Discovery Networks in the near future, or maybe later this year or more longer terms prospects?
We're always looking at ways that we can innovate and develop our products at Discovery. We're always looking at how we can enhance and build our current portfolio of channels that we offer across the market place. I think it would not be unexpected for us to have further announcements and developments on the portfolio that we are offering to viewers across the Middle East and Africa region in particular. 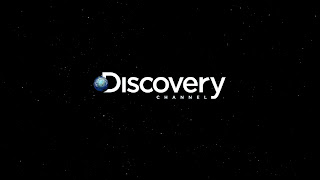 Bringing in new channels, you sit with an audience and consumers who now have more choices. Can you talk a little bit and explain to me what's the difference – programming strategy wise – between what people can see on Discovery and what they can now also see on Discovery World?
I think the best way to describe it, is that Discovery channel is really viewed in the market as an entertainment channel based on factual programming.
Discovery and its history has redefined many of the genres that used to fit into traditional factual programming. We were the first to create the docusoap or docudrama with Deadliest Catch. We've been consistently innovative in the way that we tell these amazing stories. I think that Discovery channel is a place that is driven by entertaining the audience and is where you live life large. That is a very big brand attribute for Discovery channel. It's putting you on the side of Mount Everest; it's putting you in the crab fisherman's boat; putting you there in the action and immersed in all the action going on.
Discovery World is more an objective kind of traditional, documentary approach. For example we just announced last week that we've funded the first ever DNA testing of King Tut and we have a special on that. (Read about that RIGHT HERE.)

Then moving on to Discovery HD Showcase, that's only the 2nd high definition TV channel that we're getting in Southern Africa. Why did you look into an HD channel and how do you think that fits in and works – visa versa – with what MultiChoice is trying to do by expanding their HD offering? Why are you guys so quick?
Discovery was the first one to offer a 24/7 HD channel back in 2002 in America. Discovery has always been an innovator in the realm of HD. Discovery HD Showcase is specifically designed with the HD viewer in mind. It really is from start to finish a creation with that viewer who's got that HD plasma flat screen TV on their wall. All the programming is really crafted to HD TV. It's a distinct offering from Discovery and Discovery World and is designed for a different consumer and a different audience.
We felt we haven't launched it in many other parts of the Middle East and Africa region and we feel that it’s a great product. DStv is a leader in this part of the world and we're very happy and very proud to take such an anchor place on their HD platform.

How do you guys at Discovery Networks see the region's future prospects - if you place it in comparision to the global TV market, and where competitors are operating, but also where Discovery Networks has a presence.
We see a twofold approach. First and foremost the region is such a rich source of content for us. There is so much history and civilization and science on the continent. We're here every day in our productions and we always want to have a presence here in the market: to find the content that can originate from this part of the world. We feel that for Discovery to really find out things about the world, we really have to have a presence on the African continent.
From a global business point of view this is a market that has a lot of untapped growth. We're really looking to participate in that growth and we look forward to the development of pay TV platforms across the market place. We believe that Discovery is a core reason why people get pay TV and we're looking to support the development of the pay TV industry in that way.

How does the Middle East and Africa compare as region to other regions? Are you becoming more excited about this reason or how does it factor into the master plan?
This region is one of the regions where there's actually new operators coming online and new developments in the distribution landscape so we're excited about the developments going on that way. Then we're always excited about innovating products and seeing how our product can be applicable in the market place.

Oprah Winfrey. OWN, The Oprah Winfrey Network is starting in January, 2011 and it part of Discovery. Is Discovery looking at a possible roll-out for this territory when that channel starts or can you tell me whether has been discussions for that? Obviously The Oprah Winfrey Show is on here as well as elsewhere in Africa and she is quite an established and well-known brand here.
I would say there's no bigger media brand in the world than Oprah Winfrey. I can tell you there have been no discussions to date about launching OWN here.
But to quote Christina Norman who's the CEO of OWN, the focus is on January 1, 2011: launching a network - and then on January 2, 2011, to start exploring the international opportunities. I think the team right now is very focused on getting the product up and running. There's various programming announcements coming out and I think the entire organisation is looking for those developments to come online and then discuss what the international opportunities are around that.

Something that might be out of your control – but you might still have an opinion about that – and which differs from operator to operator and territory to territory: On MultiChoice the Discovery channels – which there will now be three of - are not lined-up numerically next to each other. Is that a drawback or a benefit for them to be spread out?
We think it's a huge benefit to us. From the research we've done viewers in South Africa sees Discovery as an entertainment channel. The way I look at it is we've now moved our storefront in the mall to where they're comparable channels. Now, as people go shopping for socks, we're now in the right part of the neighbourhood where all the socks stores are. As people go looking to be entertained -  and actively entertained - we're now on that part of the channel line-up that best fits Discovery channel as an entertainment channel driven by factual content.
The flipside of that is that the launch of Discovery World - which is a much more traditional, blue-chip documentary channel that speaks to a different type of audience, one that is looking to be informed much more than they're entertainment – we're now in that right part of the mall as well.

Our second pay TV operator, On Digital Media (ODM) is promising that in May 2010 they will start their pay TV service. Can you maybe tell me whether Discovery will be delivering any channels to them?
I can't confirm at this time whether we're delivering any channels to them. But as with all distributors in a landscape we're constantly talking to everybody about available product.

My last question is, what's the hopes for Discovery Networks for especially the new channel additions – what you would like to see them achieve in terms of performance in general?
Our aspiration is clearly to grow our offering across the entire region – the African region. Frankly, that we're doing business here every day.
The next natural step in our evolution is that we get to a point of scale in this market and size on both distributors and advertisers and consumers - and being in consumers minds that we have a local on the ground presence. I think that's the next stage of our evolution.
After 13 years of having been with DStv, we're very exited to launch these two new products.
We've very excited about the possibilities that's out there in the future: continuing to grow our offering, possibly launch a lifestyle product in the region, and having a local office that would support that. We do see Africa overall as a growing region and with growing importance in our portfolio. We want to build a business that has scale in this market so that we can truly have a local connection with it.