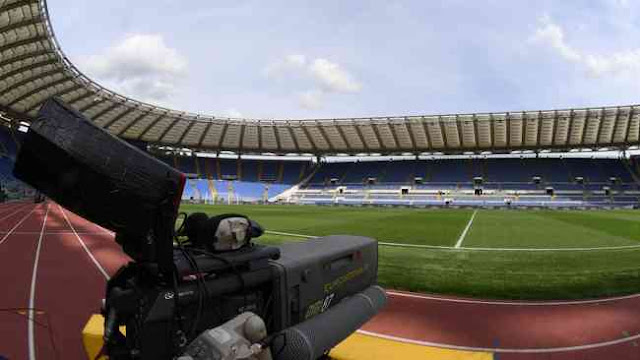 Last week SuperSport announced that Premier League, La Liga and Series A matches would return for DStv subscribers in June along with the broadcast of the new Aotearoarugby event, with Formula 1 and cricket tests coming in July.

On Tuesday SuperSport said that Spain's La Liga matched will "look and sound far different" than they did before the league was postponed because of the Covid-19 coronavirus pandemic.

There will now be a "virtualisation" of stands for international broadcasters like SuperSport and changes to "fan audio", in addition to new camera positions and the images that that will offer to DStv subscribers.

For these broadcasts, the stands will be virtualised and offer to-scale images of seated fans wearing the colours of the home club.

When match play is stopped, this image of fans can be transformed into a canvas that matches the colour of the home team.

"Virtual sound" will also be played into matches with the sound that was recorded in real stadiums.

In terms of camera angles matches will also be seen differently because of new camera positions. Some cameras will shift their location to positions where they would previously have affected the sightline of fans in the stands.

The aerial camera will modify its flight path to offer new shots, the bench camera will be moved to the opposite stand, while robotic cameras will be used in the tunnel for reasons of health safety.

"We have made these broadcasting changes so fans can enjoy La Liga," says Javier Tebas, La Liga president. "We work with global partners to offer a great viewer experience. We are in an exceptional situation, but for us it has been important to be able to adapt and offer a compelling, cutting-edge broadcast to our fans."

While the Europeans compete at the Bislett Stadium in Oslo, 1500m world champion Timothy Cheruiyot, Manangoi, Edwin Meli, Vincent Keter, and Timothy Sein will race at Nairobi’s Nyayo National Stadium. There won’t be a single fan in the stands due to the pandemic.

Cheruiyot will be joined by his predecessor as world champion, Elijah Manongoi, as the two teams compete to see which team can clock the best overall 2000m time from its top three runners.

While the race is being held as a team event, individual performances will also count, with the three Ingebrigtsen brothers aiming to break Steve Cram’s European record of four minutes 51.39 seconds.

PGA golf also makes its long-awaited return this week, with the Charles Schwab Classic in the US starting on Thursday 11 June (CSN / SuperSport 1 / SuperSport 5) at 22:00. Here there will also be no live crowds.

Fighting Championship (UFC) will also feature this weekend with UFC Fight Night headlined by Jessica Eye and Cynthia Calvillo in a flyweight showdown in Las Vegas on Saturday (SuperSport 1 / SuperSport 11) from 04:00.
on 4:22:00 PM