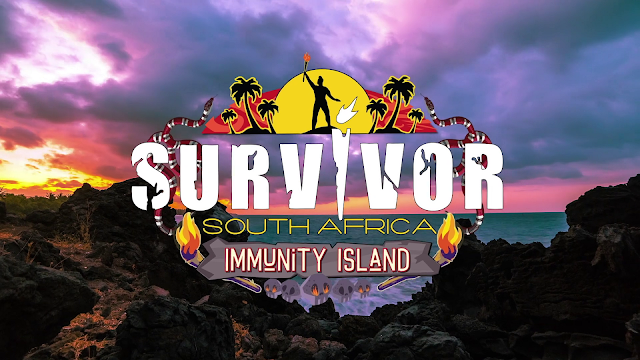 There's a smart secret hidden in M-Net's brand-new Survivor SA: Immunity Island video for the season's call for entries on-air promo - here's how it was done, as well as 8 other must-know things about the upcoming 8th season.

M-Net (DStv 101) has renewed Survivor South Africa for an 8th season in 2020 with the entry process that has opened for the new season that is entitled Survivor SA: Immunity Island and that will once again be produced by Afrokaans.

South Africans older than 18 who have a passport that is valid until August 2020 have from now until 20 January 2020 to enter at www.mnet.tv/survivorsa for the change to be marooned and vote people off an island.

Survivor SA: Immunity Island will be broadcast on M-Net in the second half of 2020.

In the new call to enter promo, Nico Panagio who will once again be the host, is seen standing at the tribal council area in Samoa that was used as the setting of season 7's Survivor SA: Island of Secrets.

But how is that possible when filming ended in March 2019 with Afrokaans which had no idea at that time whether there would be another season? M-Net hadn't renewed the show at that stage and only commissioned the new 8th season very recently - 8 months after anything was last filmed on the island.

Indicative of how South African television and local producers are getting smarter and more sophisticated, Afrokaans actually filmed the 8th season's call to entry TV promo months ago and just shot it at the time anyway - in case Survivor SA got picked up for another season.

It means that the production took the initiative and made the effort even if it didn't have to and even if the footage was never broadcast or ever used, just to have the possibility of using the on-location footage to make for a cooler call to entry video in case a promo video would be needed by M-Net at some point in future - meaning now.

About the new setting - which will of course be another island or two - M-Net is only saying that castaways will be left on a "desolate exotic island" but TVwithThinus can reveal that no specific island destination or country has been chosen yet.

"We have not made a final decision about the country of filming and island yet," says M-Net. The pay-TV channel is only going to reveal the island location that was eventually chosen once the castaways have arrived on the island, are isolated from the outside world and have begun playing the game.

Why did M-Net decide to renew Survivor SA? The MultiChoice Group's financial results for the 6 months to end September 2019 yields a clue and is the only local TV show specifically mentioned because of its viewership performance during the period.

"The ratings for Survivor South Africa rose by 36% in relation to the previous season," the MultiChoice Group reveals in its half-year report.

In September TVwithThinus asked M-Net why the format show from the Banijay Group wasn't renewed yet for an 8th season despite the ratings growth.

"What we do as a team, is work out our schedule line-ups three years in advance," said Kaye-Ann Williams, M-Net’s head of local productions and independent films.

"So we have to look at how our budgets are working out, what content is coming in, what do we have the licenses for; do we have the money for it. Obviously ratings and performance help us to make those decisions – but we’re not there yet for Survivor South Africa."

"It’s not that we don’t love it, we absolutely love it. And we’re all dying to do it but the stars have to align." Clearly the stars did align!

Yes, people who had entered before for Survivor SA are allowed to enter again but no - M-Net is not willing yet to say how many castaways will be selected and form part of Survivor SA: Immunity Island and the new season.

For how long will the new season run in on-island days? Survivor SA: Island of Secrets ran for 39 days and individual episodes also had a longer playout time to fit in more story and more tribal council time. While episodes of the new season will once again be slightly longer in length M-Net doesn't yet want to reveal the number of days the castaways will actually compete for.

"We would prefer not to mention the number of story days yet but castaways who are on the jury will be away for about 50 days, including travel," the production says.

And what about the mysterious sounding "Immunity Island"? Where does the name come? Does it mean castaways go there to escape the possibility of getting voted out at Tribal Council? Do they have to search for an Immunity idol or necklace there, or what does the name mean?

"This will be revealed close to the broadcast of the show," says M-Net. "It would be fascinating to hear what our fans think this will mean! But remember, in Survivor South Africa anything is possible. The show has become renowned for its twists."

People have to enter online and submit a 3-minute video "selling" themselves to the producers who are always on the lookout for those surprising, quirky, stand-out contestants who simply pop on screen - people who are able to clearly define them from the rest of the crowd as somebody that South African viewers can't look away from.

So what do people really have to keep in mind when they film and submit their 3-minute video in order to grab the producers' attention?

"We receive thousands of entries, so ask yourself: What will make me stand out from the crowd and persuade the panel that I have to go to the island? Show, don't just tell! Don't fret too much about the technical quality. It's about the content, not whether you're a Steven Spielberg in the making," the show says.
on 12:24:00 PM