No further Confederation of African Football (CAF) coverage on SuperSport in South Africa or Africa after CAF scraps rights deal with Lagardère. 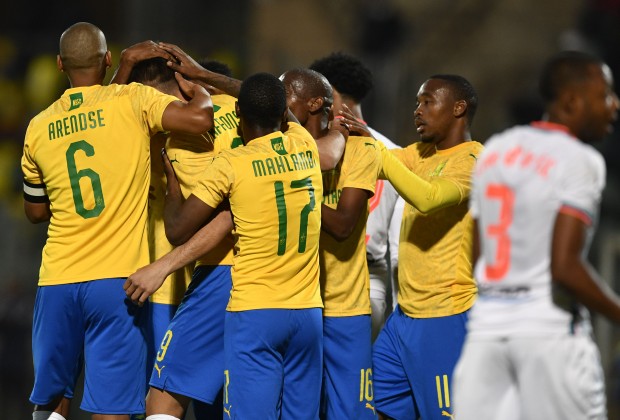 There will be no coverage of the Confederation of African Football (CAF) soccer championship on SuperSport in South Africa or across sub-Saharan Africa starting with the under-23 championship kicking off in Egypt this weekend after MultiChoice's SuperSport was unable to sign a contract for the broadcasting rights.

Neither this weekend's under-23 championship, nor the Afcon qualifier matches resuming on Wednesday 13 November will be broadcast on SuperSport.

It means that DStv subscribers won't be able to watch Mamelodi Sundowns and Bidvest Wits with the teams who will start their CAF Champions League and Confederations Cup group stage assignments later in November.

SuperSport will also not be able broadcast Bafana Bafana’s 2021 Africa Cup of Nations back to back qualifiers away to Ghana at the Cape Coast Stadium on Thursday and against Sudan on Sunday next week at the Orlando Stadium.

The tournament serves as the qualifiers for the 2020 Tokyo Olympics men’s soccer tournament.

"We are in a difficult position where we cannot broadcast the CAF games when we don't have a firm contractual arrangement in place. SuperSport had previously acquired these broadcast rights from Lagardère," says Joe Heshu, MultiChoice Group's corporate affairs spokesperson.

CAF says that the Cairo court in Egypt in November 2018 ruled that the contract breached "Egyptian competition rules because Lagardère was appointed as CAF's exclusive agent for marketing and media rights for an uninterrupted 20-year period without any open tender".

In a another separate judgment, the Competition Commission of the Common Market for Eastern and Southern Africa (CCC) also found in 2017 that the agreement infringed competition regulations.

"Given the above developments, CAF had no choice but to terminate the agreement. Termination of the agreement is the legal consequence of the judgments of Egyptian courts and the recommendations and imminent decision of the CCC," says CAF.

"CAF had no choice but to terminate the agreement. CAF has repeatedly made it clear to Lagardère‚ including at a meeting this week‚ that its termination of the agreement was not a 'unilateral decision' as was wrongly presented in Lagardère’s recent press release‚" says CAF.

Lagardère says it will fight to enforce the contract and has slammed CAF's right's deal termination that was supposed to run from 2017 to 2028 as "unlawful, unreasonable and unjustified".

Arnaud Lagardère, managing partner at Lagardère, says "We have here a very, very strong case and we'll do whatever it takes either to maintain the contract, deal with more changes or get a significant amount of cash".
on 8:37:00 AM