MultiChoice pushes the launch of its new ‘Dishless DStv’ OTT service the first quarter of 2020. 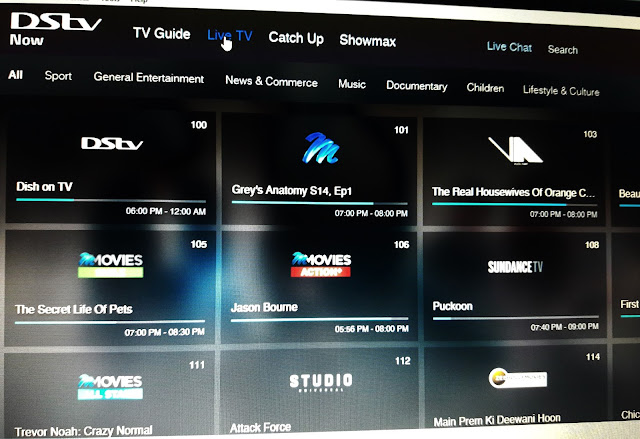 MultiChoice will no longer launch its stand-alone streaming version of its DStv pay-TV service before the end of 2019 as promised but has now pushed the evolving plan out to March 2020 as it irons out technical issues and beta-test its so-called "dishless DStv".

With ongoing broadband growth the "internet" version of DStv is part of MultiChoice's ongoing plans to retain and capture pay-TV subscribers in South Africa and across sub-Saharan Africa who are able to and want to watch premium pay-TV content this way and without a physical installation.

MultiChoice is also trying to combat churn and to compete with the proliferation of global OTT players like Netflix, Amazon Prime Video, Apple TV+, VIU and others who have entered the South African and African market and are starting to steal DStv subscribers away with more frictionless online offerings.

Currently "DStv dishless" is still a work in progress as MultiChoice has been testing the DStv decoder-less service internally.

The Randburg-based company has been learning and gaining valuable data and user feedback from updates and technical problems with its DStv Now service. DStv Now is currently available to ordinary DStv subscribers as an added-on bundled service.

Calvo Mawela, MultiChoice CEO, in mid-May 2018 said that MultiChoice will launch an over-the-top (OTT) version of DStv as a video streaming mirror-service to its existing direct-to-home (DTH) offering that requires the installation of a satellite dish, cabling to a building, as well as a physical set-top box (STB).

MultiChoice experienced technical problems in 2019 with the online streaming of popular programming like HBO's Game of Thrones on M-Net and the 2019 Rugby World Cup on SuperSport through DStv Now which raised technical capacity questions about whether it would be possible to launch a "Dishless DStv" version without ongoing technical issues that would negatively impact the user experience.

Niclas Ekdahl hasn't yet revealed the commercial name that MultiChoice might possible use for "Dishless DStv" - for instance DStv Plus, DStv+ or DStv-i - nor pricing, or the way in which this new service will differ from the DTH version of DStv.

Niclas Ekdahl however showed journalists how much the interface and capabilities of DStv Now have already changed over the past few years to develop and make it its own distinct service, with its own look and feel.

DStv Now recently introducing "profiles" and no longer looks like the "satellite DStv" version and which is how it looked like when MultiChoice started this service.
on 11:30:00 AM