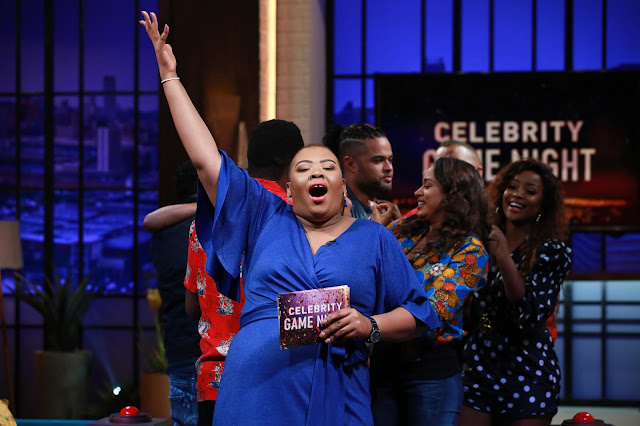 It's fun and games galore on Monday nights from Monday 28 October at 20:00 on E! (DStv 124) with Anele Mdoda holding sway as the host of the perfectly-adapted format game show, Celebrity Game Night.

Celebrity Game Night produced by Rapid Blue and done for NBCUniversal International Networks's E! channel, the crisp and hilarious South African version is filled with real South African celebrities, competing in two teams and playing a variety of games that make the viewer feel instantly at home and as if you've just stepped into the living room on a Saturday on Sunday late afternoon while a group of friends got a board game out.

In each episode, two teams of celebrity guests face-off as they play hilarious and outrageous party games that test pop culture knowledge, acting skills and nerves of steel with Jason Goliath and Ayanda Thabethe as the two team leaders.

"I’m so excited to host Celebrity Game Night on E! and can’t wait for viewers to join the party," said Anele Mdoda. "Hanging out with Jason, Ayanda and our top celebrity guests on my sofas is going to be hilariously wild. Let the games begin."

Jason Goliath has a warning to viewers: "This isn't a typical game show. Joining Celebrity Game Night as a team captain and trying to wrangle a crowd of stars with Anele and Ayanda is epically entertaining".

Ayanda Thabethe said "Celebrity Game Night is going to be the hottest A-list ticket in town. If you've ever wondered how the rich and famous let their hair down and have a good time, this is the show. It's going to be so much fun I don’t think it will feel like work".

Hilarious games in the debut episode include Hold My Balls, Get with the Programme, Where You Going?, Clue Boom and Four Letter Words. The various games differ from episode to episode.