HBO Max is launching as another global video streaming service - but although it will go global it won't be available in South Africa initially. 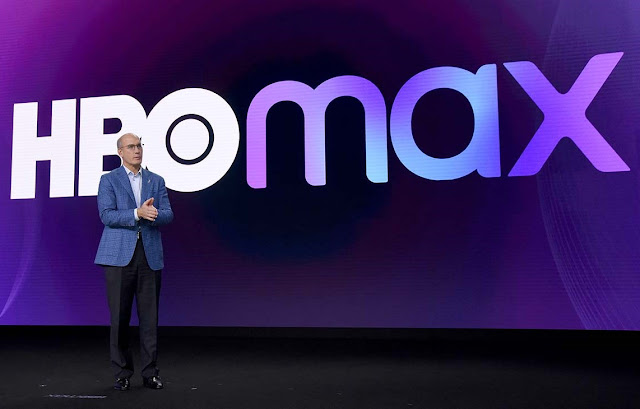 Another video streaming is launching - HBO Max - that will go global just like Netflix and Amazon Prime Video, but it won't be for South African or African viewers and consumers - at least not initially.

HBO Max, from AT&T Inc.'s WarnerMedia division, will launch in May 2020 in the United States the company revealed late on Tuesday during a media upfront presentation event it held at its Warner Bros. studios lot in Burbank, California in America at the price of $14.99 (R219.39) per month.

Unlike Netflix and Amazon Prime Video, HBO Max won't be available globally or rolled out in South Africa initially.

HBO - that does have a presence in South Africa and throughout sub-Saharan Africa thanks to mutually beneficial output deals and programme licencing contracts with MultiChoice's M-Net on DStv and its streaming service, Showmax - does plan to eventually make HBO Max available globally, including Africa.

Initially though, South Africans won't have access to HBO Max and its exclusive new content, similar to The Walt Disney Company's Disney+ subscription video-on-demand (SVOD) service that will be launching on 12 November and is rolling out in some countries like Canada, the Netherlands, Australia and New Zealand as a start.

Apple will launch its streaming service, Apple TV+ on 1 November in over 100 countries and regions.

After the United States, HBO Max will target Europe and Latin America.

"In the era of Amazon, Apple, Google and Netflix, scale is no longer defined by distribution to a quarter of US consumers," said John Stankey, AT&T’s president and head of the WarnerMedia division, as part of his presentation. "It’s a global game. HBO Max will have positive and immediate impact on stickiness of wireless, pay-TV and broadband".

Bob Greenblatt, WarnerMedia’s entertainment and direct-to-consumer chairman, at the presentation said that "When you live in a world with dragons - like Netflix, Amazon and Apple - it feels very good to have one of your own in the game. Welcome to House AT&T, everyone."

The projection is to have 25 million HBO Max users in America by 2025, and 90 million globally.

Besides a carousel of library series, HBO Max is producing and adding new series.

These will include a new Green Lantern-inspired show from the Arrow and Flash producer Greg Berlanti, a reboot of Gossip Girl, and Strange Adventures, an hourlong DC Comics anthology series that will feature various DC characters that will explore the intersecting lives of normal people and superhumans.

Raised by Wolves, produced by legendary filmmaker Ridley Scott, will revolve around two androids who have to deal with raising human children on a mysterious planet.

Late-night talk show host and comedian Conan O’Brien will be doing 5 stand-up specials for HBO Max but won't necessarily be appearing in all of them.

It will also have David E. Kelley's The Undoing, a  prequel to Alice Hoffman's Practical Magic entitled Rules of Magic, The Boondocks; as well as Gremlins: Secrets of the Mogwai.

A slate including several original documentaries and film features have also been commissioned for HBO Max.