Ferguson Films responds after Vatiswa Ndara's open letter: Says the production company doesn't get money for repeats or licensing deals and that 'we're pretty much in the same boat as the artist'. 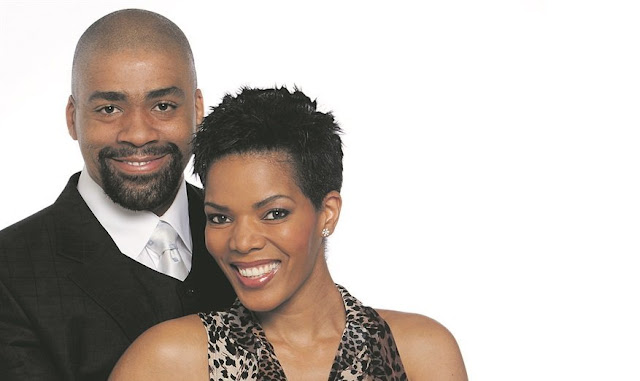 Ferguson Films said that the production company "does not reap the financial benefits through repeat broadcasts, licensing deals and repackaging of the show" and that Ferguson Films is "pretty much in the same boat as the artist".

On Wednesday Ferguson Films, owned and managed by the actor-producer couple Connie and Shona Ferguson, released a statement through their attorney Brendan de Kooker, saying that "As actors ourselves and producers we are aware of the challenges facing the entertainment industry".

"We support 100% a need for the industry to be regulated and for the Performance Protection Amendment Bill to be signed sooner rather than later. With that said, the allegations made by various actors do not reflect the true position of the industry and paints a false picture, that may mislead the public."

"We attempted to negotiate with the actress and her agent in good faith and within the scope of the applicable production agreement, however the agent subsequently recused himself from the negotiations," Ferguson Films said.

"Thereafter we dealt with her manager.  They made it very clear that Vatiswa Ndara would not accept anything less than R700 000 for the 5-week shoot. She absolutely had every right to decline our offer, which she did, and we on the other hand as we could not meet her financial demand, due to contractual restraints, had every right to move on amicably, which we tried to do."

Ferguson Films said that "Just like actors the production company is not guaranteed work, whether the show is performing or not. We do not own the shows we produce under commission, and therefore have no right or say in what happens with shows post final delivery to the broadcaster."

Ferguson Films was not the production company in question in relation to the sad passing of Vatiswa Ndara's mother and her having to resume work shortly after. Conveniently, Vatiswa Ndara neglects to mention this fact therefore insinuating it was Ferguson Films."

"Shona and Connie Ferguson have other business interests apart from their production company and do not owe anyone an explanation as to how they manage their finances and lifestyle. The jab from Vatiswa Ndara is petty, unnecessary and uncalled for."

"Producers are held 100% accountable by the broadcaster as to how a production budget is utilized. It needs to be clear that these funds do not belong to the producer."

The allegations towards Ferguson Films are consequently misguided, misdirected and misleading and can be seen as a ploy to defame and tarnish our name and reputation."

"There have been other slanderous and false allegations made by Dieketseng Mphuti [an actress who appeared on The Throne produced by Ferguson Films] and Katlego Malele [a crew member who worked on The Throne] which are being addressed separately by our legal team."

"Ferguson Films prides itself in producing quality shows, providing much needed employment to new and old talent and contributing to the growth of the industry. We will remain steadfast in our endeavour to treat everyone who works with us fairly and with the utmost respect".


ALSO READ: Actress Vatiswa Ndara quits Mzansi Magic's iGazi and slams Ferguson Films over alleged exploitation and 'contributing to a rotten system'; says artists are not valued and calls for bigger industry practice oversight.
on 11:07:00 AM