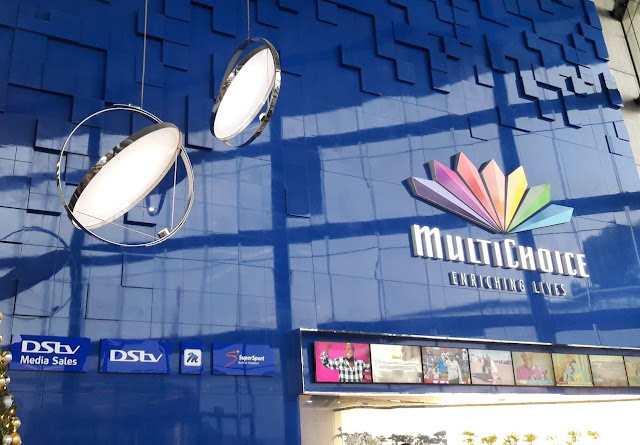 MultiChoice has indefinitely shuttered its offices in Lagos, Nigeria as well as in Lusaka, Zambia following public protests at its offices in these countries.

The protest action follows a horrific spate of xenophobic violence and looting in Alexandra in South Africa directed against mostly immigrant-owned shops across Johannesburg that started in Jeppestown on Sunday and by Tuesday had engulfed Alexandra, Tembisa, Germiston, Kempton Park, Coronation Park, Turffontein and Malvern. Five people have so far died.

Joe Heshu, MultiChoice's head of corporate affairs, says MultiChoice decided to shut its brances in Nigeria and Zambia "to safeguard customers and staff until further notices". These MultiChoice offices and brances will remain closed indefinitely "until the situation is under control".

MultiChoice in a statement on Wednesday said that it urges "all our customers, followers and stakeholders to shun violence".

"MultiChoice is committed to uniting Africans through our programming and cultural initiatives."

"We advocate equality and condemn all forms of discrimination. The ongoing violence in South Africa against foreign nationals, is against the spirit of Africa, and counter-productive to the decades of work done by African leaders and well-meaning organisations to unite the continent."

The company said that "We are a proudly African company and although our story began in South Africa, today we represent the African continent in all its diversity through our presence across the region."

"We embrace and celebrate the diversity of varied nationalities, traditions, cultures and religions from across the continent and beyond."

"This is demonstrated through our multinational staff complement, our multicultural supply chain, as well as the local and international content that we showcase on both our DStv and GOtv platforms."

"We believe Africa’s full potential can only be realised through dialogue, peace, and unity. This is a sombre period for every African on the continent and beyond, and we urge all our customers, followers, and stakeholders to shun violence."

The 2019 DStv Delicious International Food & Music Festival is set to take place at the Kyalami Grand Prix Circuit in Midrand on 21 and 22 September.

Tiwa Savage said "I refuse to watch the barbaric butchering of my people in SA. This is sick. For this reason I will not be performing at the upcoming DStv Delicious Festival in Johannesburg".

Meanwhile AFP reports that Zambia has cancelled an international friendly football match which was set to take place in Lusaka next weekend against South Africa. The match was also cancelled over the shocking xenophobic attacks.

"This is because of the security concerns, you never know what can happen," the Football Association of Zambia (FAZ) secretary general Adrian Kashala, told AFP. "We want to be sure of the security of (the) visiting team".
on 1:20:00 PM