Disney+ content: Bad news for South African viewers as none of the avalanche of upcoming new shows like Star Wars' The Mandalorian will be available on other channels because Disney isn't selling. 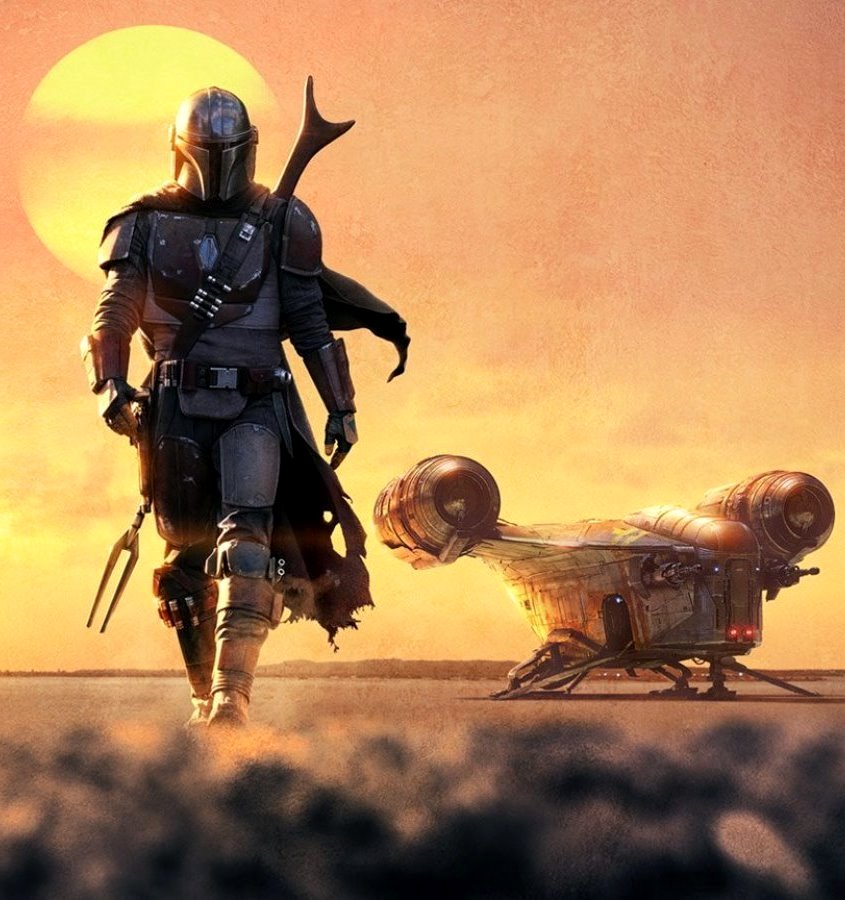 South Africans are highly likely to pirate-view content from 13 November, the day after The Walt Disney Company launches its Disney+ video streaming in the United States, with Disney that won’t be selling its new Disney+ content to other pay-TV platforms and broadcasters like MultiChoice and M-Net in countries where it doesn’t have a presence yet.

Consumers across sub-Saharan Africa willing to pay but without any legal means will likely take to illegal torrents and pirate sites in droves from mid-November to watch buzzed-about new shows rolling out on Disney+ exclusively.

Besides America, Disney+ is officially launching on 12 November 2019 in Canada and the Netherlands as well, and a week later in New Zealand and Australia with further international roll-outs planned.

For now, the initial Disney+ launch schedule excludes South Africa where streamers – ranging from MultiChoice’s Showmax, Netflix South Africa, Amazon Prime Video, Cell C black and a growing number of other smaller entrants – are battling it out in an over-heated video streaming war.

At Walt Disney Africa’s recent, annual content showcase for the media, advertisers and retailers that was held on 20 August, the Mouse House was tight-lipped about Disney+ and Christine Service, Walt Disney Africa boss, only went as far as acknowledging its global launch during the presentation.

While the most-asked question from journalists to Disney reps at the upfront was when Disney+ will launch in South Africa, Disney officially had no comment and nothing to share.

According to several high-ranking sources within South Africa’s TV broadcasting industry – all specifically asked about and speaking about Disney+ over the past month and a half but not authorised to speak officially about the topic – Disney+ content is not being made available to broadcasters and other TV channels in territories where Disney+ won’t have a presence, like Africa.


In the dark
Sources mentioned that even Disney Africa’s execs have been kept and are still mostly in the dark themselves about developments around Disney+ as it pertains to South Africa as a region.

According to insiders, M-Net’s content acquisition team has for instance been able to, continues to acquire, and will continue to buy content from the Hulu streaming service that is now majority-owned by Disney – for instance shows like Catch-22, The Handmaid’s Tale, Runaways and Future Man that has been on M-Net and Showmax, but none of the upcoming Disney+ content has been made available.

With Disney+ content not for sale to M-Net or other third-party channels, the result is that MultiChoice won’t be able to offer any Disney+ shows to DStv subscribers who also won’t be able to access and watch it anywhere else through legal means even if they’re willing to pay the $12.99 (R191.02) monthly subscription fee.

Asked whether Disney isn’t concerned that viewers will pirate and watch Disney+ content which will dilute the perceived consumer value of the new SVOD service before a possible “if or when” launch date, and why Disney isn’t monetising its Disney+ content through territory licensing in international regions where it doesn’t have a presence the way Netflix did, the blunt response from one veteran South African TV exec not working for Disney was simply: “They just don’t care”.

With all of them adding to the existing glut of content with their individual original content slates, MultiChoice was asked how much of this international content it will have access to and it is able to acquire for its DStv and Showmax subscribers.

MultiChoice in response to the media enquiry, said “these services and platforms are not launching or available in our part of the world at this time. This means we expect programming we require to be available for acquisition from studios where we have deals in place”.

"We do indeed live in a fast-moving industry and things may change, but our commitment to providing the best international content and our increasing investment in local programming for viewers across the continent remains".

Without a cent spent in marketing it in South Africa, Disney+ interestingly already enjoys a very high consumer awareness under TV viewers and especially local pay-TV subscribers who continue to be vocal about wanting to pay for access to Disney+, upset about missing out on the 12 November launch date and that they’ll be forced to make use of other means of watching its content.

South Africans have been vocal about wanting Disney+ - and being willing to pay for it or otherwise pirating the content.

"I won't be able to watch The Mandalorian because it seems Disney+ isn't rolling out in South Africa," remarked StarWarsStories, with Joe Mabija that asked on Twitter without any answer from Disney: "Disney+ when will you be launching in South Africa?"

Yusuf Moosa said "Hey Disney+, a lot of us here in South Africa would love to give you our money" and Rish Rialto said that "if the global rollout isn't quick and extensive (Africa & Asia) expect a ton of lost revenue to piracy. Be smart please!"
on 3:46:00 PM