The reboot of BH90210 addresses the death of Luke Perry in a touching scene: 'I can't believe that we are all here ...' The reboot of Beverly Hills, 90210 made its debut in the United States last night and in a melancholic scene, the iconic stars of the new BH90210 coming to M-Net (DStv 101) soon, addressed the recent unexpected death of Luke Perry the moment they got together with a lot of hugs.

The new BH90210 plays as a new type of reboot - the scripted drama series is still fictional but this time the actors are not playing their characters but a heightened version of themselves with the story following Tori Spelling trying to get the group together to do a new version of their famous 1990s Hollywood postal code show. (Psst: Of course she's successful and new drama ensues.)

In the first episode the gang immediately addresses the unexpected death of Luke Perry who played the character of Dylan McKay and who unexpectedly passed away in March this year after suffering two strokes while playing Archie's dad in the Riverdale youth series.

In BH90210 the original cast comes together at a 30-year reunion appearance at a convention centre where they all admit that they feel a bit strange.

"I like that the anniversary brought us together. I can't believe that we are all here," says Gabrielle Carteris who played Andrea.

"I wish that were true," remarks Jason Priestley who played Brandon, as the group of friends all exchange knowing solemn looks as they start to hug.

As part of a new in-show photo shoot the actors recreated one of their iconic poses but this time with Luke Perry absent from the group. 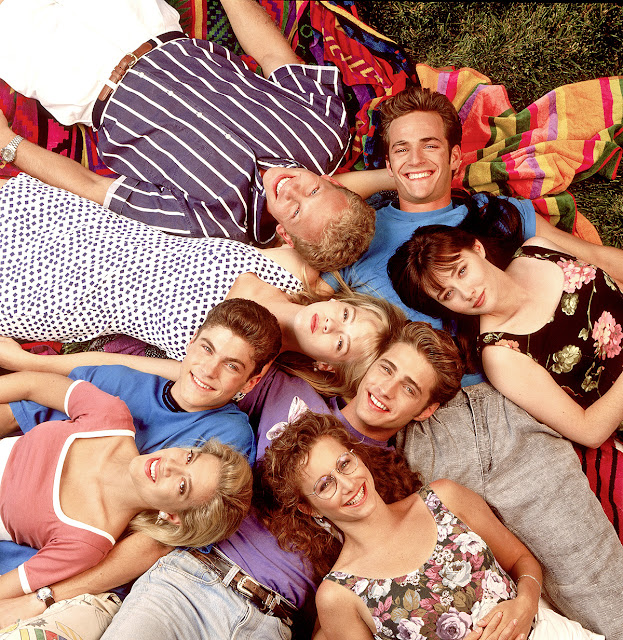 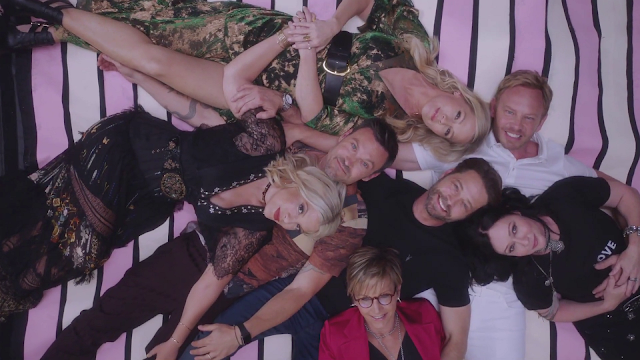 The updated show kept the entire opening theme and the whole song, redone with the older cast: