Moja Love won't cancel homophobic Zodwa Wabantu Uncensored on DStv but finally apologises after being ordered to do so by MultiChoice, says channel will put measures in place to prevent discriminatory content from making it to air. 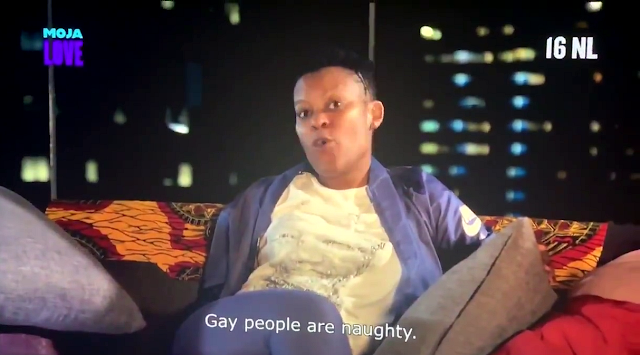 After urgent discussions with MultiChoice the Moja Love (DStv 157) has been ordered to apologise for a shocking lapse of homophobic content that made it to air in Zodwa Wabantu Uncensored on the channel supplied to DStv, with Moja Love in a statement on Thursday afternoon saying it's now implementing steps it should have had to prevent a repeat of discriminatory content from making it to air.

MultiChoice on Thursday morning also strongly condemned and distanced itself from the homophobic reality TV star and dancer Zodwa Wabantu, amidst growing calls for Zodwa Wabantu Uncensored to be cancelled and an escalating controversy about her shocking comments in a pre-recorded episode that passed several levels of vetting at the Moja Love channel.

More and more DStv subscribers and organisations have been calling for MultiChoice to cancel Zodwa Wabantu Uncensored following the entertainer's homophobic remarks in Saturday's pre-recorded episode.

Calls to can the Moja Love show comes alongside a growing online petition with thousands of signatures at Change.org and complaints that have been laid with the Broadcasting Complaints Commission of South Africa (BCCSA).

In a statement on Thursday Moja Love says "We do not condone any form of discrimination
through sexuality, religion, gender and culture" and that the channel from Siyaya TV accept responsibility for the oversight that occured in Zodwa Wabantu Uncensored".

Moja Love however doesn't plan to suspend Zodwa Wabantu or to cancel or remove the show from its schedule.

"We convey our sincere and profound regret that these utterances have caused. We have placed
internal measures to ensure that such an incident does not occur in the future."

"Our channel talent will be given the proper tools and guidelines to enable them to understand the various dynamics that make up our society. We are currently working with a LGBTI rights organisation, Iranti, on remedial actions and to ensure that education around the issue is promoted.

"MultiChoice strongly condemns any acts of discrimination. As such we distance ourselves from the comments made by Zodwa Wabantu. We welcome a society where freedom of speech and diversity is celebrated, and we take a stand against discrimination in all instances."

On Wednesday the LGBTQ advocacy group, Johannesburg Pride, in a statement demanded that MultiChoice suspend the Zodwa Wabantu Uncensored series on Moja Love "with immediate effect" after her homophobic and transphobic comments.

The group said it sees Zodwa Wabantu's comments allowed to air on Moja Love on DStv as "disrespectful and offensive, promoting discrimination and encouraging of hate crimes particularly towards the trans community. In our tireless efforts to deconstruct stereotypes, we view these statements as degenerative and damaging to the continuous struggle for equality".

"DStv needs to be mindful of the hate it is promoting. This must be a lesson to all media personalities and influencers to be mindful of how they conduct themselves and what they say," Johannesburg Pride said.

By Thursday morning Musa Kawula's online petition has amassed over 7 800 signatures supporting the cancellation of the show, passing the goal of 7 500.

In Saturday's episode of Zodwa Wabantu: Uncensored, producers decided to include the star filmed making sweeping negative and false generalisations and Moja Love channel execs seeing nothing wrong with Zodwa saying "Gay people are naughty. Name a gay person who has never fought with a girl."

Another viewer said "The producers need to be slapped. Why did they allow her to go and attack LGBT+? I think they thrive on her being controversial so much that they missed the facts that her views were discriminatory and bigoted."
on 2:18:00 PM