Ongoing silence from kykNET as DStv's Afrikaans channel remains quiet over questions around its handling of the kykNET Ghoema Music Awards 2019 controversy. 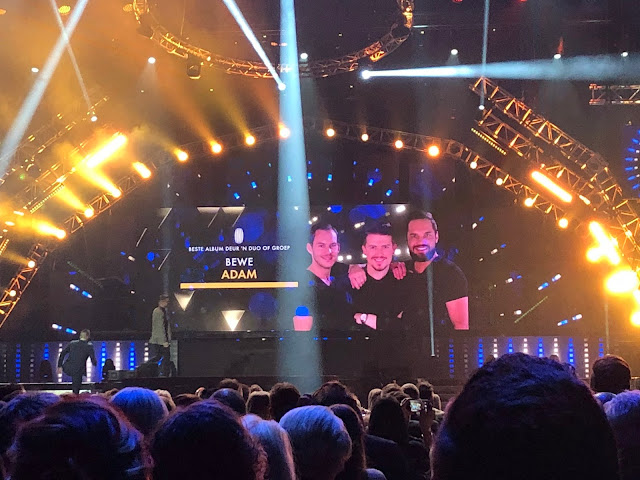 M-Net's Afrikaans kykNET channels division is still silent with director Karen Meiring who has not responded with any answers in media enquiries the past two days to questions around pertinent issues around the channel's handling of its kykNET Ghoema Music Awards 2019 awards show that was plunged into controversy this week.

kykNET, that appears to have managed the controversy involving its Afrikaans channel brand badly, has been asked since Wednesday afternoon and several times since, for comment from the channel specifically pertaining to channel management, channel brand, policy and strategy issues.

The controversy surrounding the kykNET Ghoema Music Awards 2019 came follows after an ultimatum from MultiChoice as the main sponsor, ordering that a music video nominee featuring Steve Hofmeyr, be removed from the Afrikaans music awards show.

The singer Steve Hofmeyr who had a long-running Safta-winning talk and variety show, Dis Hoe Dit Is Met Steve for several years on kykNET (DStv 144) since 2001, has increasingly courted public controversy and acrimony the past few years.

With provocative public statements, as well as ongoing race-baiting comments and images on social media like saying "blacks are the architects of apartheid" and supporting the old South African flag, the singer has increasingly become a polarising and persona non grata public figure within the Afrikaans and broader South African community.

Steve Hofmeyr happened to appear in the Die Land (The Land) music video that was a nominee in the category for Best Music Video at the kykNET Ghoema Music Awards 2019. Besides him, it features several other Afrikaans singers like Bok van Blerk, Bobby van Jaarsveld, Jay, and Touch of Class.

The badly-attended awards show managed by the Ghoema Music Trust - likely due to the resulting controversy that made talent and ticket-buyers rather stay away - took place on Wednesday evening at the Sun Arena at Times Square in Pretoria.

kykNET originally scheduled it as a live awards show broadcast for Wednesday evening but then quietly dumped it without any notification to the media and shifted it to Saturday night, 20 April as an edited programme - likely out of caution and fear of possible live on-air disruption or messages it won't be able to prevent as part of a live broadcast.

Several DStv subscribers on social media also indicated throughout Wednesday that they have called to cancel their DStv and kykNET channel pay-TV subscriptions and others who said they are going to do so.

The Afrikaans singer Demi Lee Moore who won in the category for Best Music Video at the kykNET Ghoema Music Awards 2019 in her acceptance speech on-stage on Wednesday night honoured the 5 artists from the music video that MultiChoice as sponsor ordered to be removed.

Steve Hofmeyr's son Devon and a friend were also told to leave the awards show venue after they somehow gained entry without tickets and tried to cause disruption.

kykNET was asked since Wednesday about various issues that South Africa's TV industry has been wondering about.

So far the channel has been silent, with only MultiChoice that is running the DStv satellite pay-TV service on which the kykNET channel is carried, issuing an overall statement, saying "We are committed to the building of a non-racial society and strongly condemn any acts of discrimination" and that the company "welcomes a society where freedom of speech is celebrated, however we take a stand against racism".

On Thursday morning kykNET spokesperson Suzaan Keyter told TVwithThinus that it wasn't possible to respond to media enquiries on Wednesday since kykNET staff were all at, and busy at, the venue.

kykNET was again asked for answers to the various questions on Thursday morning and Thursday before the close of day but by Friday kykNET still hasn't responded to the media. No explanation has yet been forthcoming as to why kykNET couldn't respond to media enquiries on Thursday the day after the kykNET Ghoema Music Awards 2019.

Karen Meiring was asked for reaction from kykNET as a channel over MultiChoice as a sponsor ordering the Ghoema Music Awards to remove a nominee after nominees were chosen and announced.

kykNET was also asked for its reaction over the Afrikaans singers not connected to Steve Hofmeyr, who said - and then went through - with their boycott of the kykNET Ghoema Music Awards 2019.

With MultiChoice refusing to support and distancing itself from a new music video in which Steve Hofmeyr appears, kykNET was asked whether kykNET as a channel on DStv is still allowed to schedule and broadcast Steve Hofmeyr music videos - in other words, whether any type of ban, block or policy decision has been placed or made at M-Net regarding the future airing of any of his entertainment work on kykNET.

kykNET was also asked how viewers and consumer who had voted and spent money on voting for Die Land music video in the category before it was removed from the kykNET Ghoema Music Awards 2019, would be paid back or refunded, and whether this is at all possible.


ALSO READ: TV CRITIC's NOTEBOOK. I said no to Steve Hofmeyr years ago - then South African Afrikaans television finally caught up and rightly said no but in one of the worst ways possible.
ALSO READ: Afrikaans singer Demi Lee Moore after winning Best Music Video at controversial kykNET Ghoema Music Awards 2019 honours artists from removed nomination as Steve Hofmeyr's son is told to leave the auditorium.
ALSO READ: MultiChoice orders the kykNET Ghoema Music Awards to remove Steve Hofmeyr as nominee, as kykNET dumps it as a live broadcast, after which singers now say they will boycott tonight's awards show.
on 10:05:00 AM