MultiChoice orders the kykNET Ghoema Music Awards to remove Steve Hofmeyr as nominee, as kykNET dumps it as a live broadcast, after which singers now say they will boycott tonight's awards show. 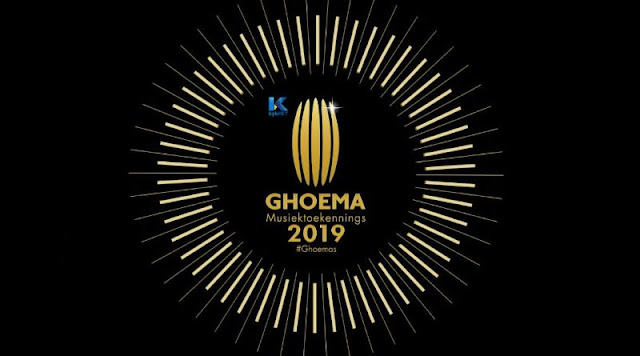 MultiChoice has ordered the kykNET Ghoema Music Awards for Afrikaans music and broadcast on M-Net's Afrikaans language channel kykNET (DStv 144) to remove Steve Hofmeyr as a nominee, with kykNET that has abruptly removed it as a live broadcast tonight from its schedule, and with several singers who have announced that they will now boycott the Ghoemas.

The kykNET Ghoema Music Awards are set to take place this evening, 17 April, at the Sun Arena at Times Square in Pretoria and was originally set to be a live broadcast awards show ceremony on kykNET at 20:00, with the Ghoema Music Awards that agreed to MultiChoice's demand as a sponsor for one of its selected category nominees to be removed.

MultiChoice on 25 March gave the Ghoema Music Trust an ultimatum and ordered the awards show to remove Steve Hofmeyr and one of his songs from the nominee list and told the organisers that MultiChoice will withdraw as a sponsor if this isn't done.

kykNET has meanwhile dumped the kykNET Ghoema Music Awards 2019 as a live broadcast tonight with any warning or advisory to the media which will now be a recorded show that will be shown on Saturday 20 April at 20:00.

Several DStv subscribers on social media also indicated that they have on Wednesday called to cancel their DStv and kykNET channe pay-TV subscriptions and others who said they are going to do so.

The song Die Land (The Land), that features Steve Hofmeyr along with other Afrikaans singers like Bok van Blerk, Bobby van Jaarsveld, Jay, and Touch of Class, was nominated for a Ghoema award in the Best Music Video category.

Steve Hofmeyr as a white Afrikaans man has increasingly courted public controversy and acrimony the past few years with provocative public statements, comments and images about race on social media.

In February 2019 for instance he tweeted a photo of himself on social media posing with the old South African flag and captioned it with: "Good rains. Found a waterproof roof. Mooi ne" meaning "pretty, right?"

Joe Heshu, MultiChoice group executive for corporate affairs, in a statement as to why it ordered a nominee to be removed from an awards show, says "We are committed to building g of a non-racial society and strongly condemn any acts of discrimination".

"MultiChoice is proud of its support for Afrikaans, not only our investment in content for our DStv platforms, but also our sponsorships of festivals, events and the broader Afrikaans performing arts sector."

"Our commitment to Afrikaans and all local languages will not change.  It has come to our attention that Steve Hofmeyr was nominated for a Ghoema Music Award in the category for Best Music video."

"We have requested that Steve Hofmeyr not form part of the event that we sponsor as his views are not aligned with our values. We welcome a society where freedom of speech is celebrated, however we take a stand against racism."

kykNET's spokesperson Suzaan Keyter and M-Net's Afrikaans channels boss Karen Meiring were both asked for comment on Wednesday but have so far not responded to questions asked. When comment is received from kykNET it will be added here.

kykNET was asked for its response as a TV channel over MultiChoice, as sponsor of the kykNET Ghoema Music Awards 2019, ordering the removal of a nomination from an awards show.

kykNET was also asked for its reaction over Afrikaans artists who said they will now boycott the Ghoemas, why the plans to broadcast the awards show live was suddenly scuppered, and what it makes of DStv subscribers saying they're cancelling their subscriptions.

It's also not clear if or how people will be refunded who already spent money to vote for the music video.

Heidi Edeling, Ghoema Music Trust CEO, writes in response to MultiChoice as a sponsor ordering the removal of a category nominee that "I've received an official letter from Joe Heshu, MultiChoice's group exec for communications. Due to Steve Hofmeyr's participation in the video, MultiChoice requires that the nomination of Die Land be removed."

"Further MultiChoice says that if this doesn't happen they have no other option but to withdraw their sponsorship from the kykNET Ghoema Music Awards 2019."

Steve Hofmeyr in a statement on his Facebook page says "The bottomless childishness continues. Hi-jacking the arts, especially the white part of it. Just look at how MultiChoice is making the Afrikaners at the Ghoemas jump through a fire hoop of political correctness like poodles."

The other Afrikaans artists who appear in the music video, said they will now boycott the kykNET Ghoema Music Awards and will no longer be attending.

Bok van Blerk on Twitter said "I will definitely not be seen at the Ghoemas".

Bobby van Jaarsveld on Twitter said that he "will not be attending the Ghoemas. If our music isn't welcome, then we surely aren't either. Getting tired of keeping quiet while they bully us".

Dewald Wasserfall also said he won't attend and Corlea Botha said she is disappointed over the silly decision, asking "are we going to only be allowed to work with certain people?"

Bok Radio that was the sponsor of the kykNET Ghoema Music Awards' Most Popular Song category said that it is withdrawing its sponsorship of the Ghoemas due to Steve Hofmeyr's music video being removed from the Best Music Video category.

"Bok Radio can't support discrimination on any level against any artists, group, or language. Bok Radio supports the arts and artists right of association, poetic freedom, and freedom of speech."

On Wednesday another sponsor of the kykNET Ghoema Music Awards 2019, the vitamin brand Immunadue, also withdrew its sponsorship after it has been involved with the Afrikaans music awards for five years.

Immunadue said that it is "shocked and disappointed. kykNET knew two months ago already about the removal but it only came to light two days before the Ghoemas. If they told us earlier we would have withdrawn as a sponsor then already but it feels as if they've tried to push us into a corner to stay involved by not telling us about it," the Immunadue CEO told Maroela Media.

Coleske Artists under whose music banner the song was entered in the Best Music Video Category in a statement says "We are deeply saddened to receive your email notifying the industry that the video of the Die Land has been withdrawn from the Ghoemas".

"Not only does this affect the artists participating, the composer of the song and director of the video, but every other artist who receives an award, as we believe that this decision will put the integrity of the awards in question."

"We have to express our utter disappointment in this decision by the Ghoema Musiek Trust, which is in vast contrast with what is stipulated in the official criteria, rules and regulations. This is a slap in the face for the arts, freedom of expression and for the furtherance of Afrikaans."


ALSO READ: Afrikaans singer Demi Lee Moore after winning Best Music Video at controversial kykNET Ghoema Music Awards 2019 honours artists from removed nomination as Steve Hofmeyr's son is told to leave the auditorium.
ALSO READ: Ongoing silence from kykNET as DStv's Afrikaans channel remains quiet over questions around its handling of the kykNET Ghoema Music Awards 2019 controversy.
ALSO READ: TV CRITIC's NOTEBOOK. I said no to Steve Hofmeyr years ago - then South African Afrikaans television finally caught up and rightly said no but in one of the worst ways possible.
on 11:38:00 AM