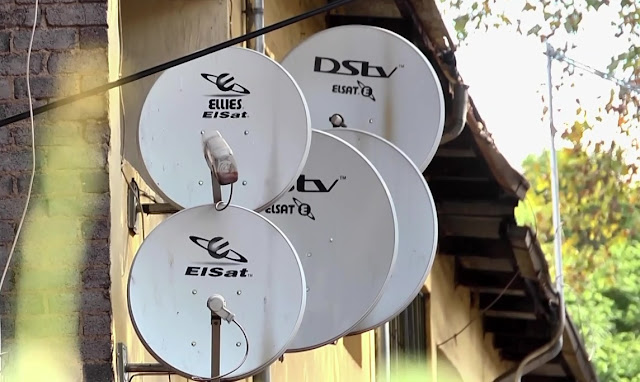 Africa's pay-TV subscribers in South Africa and the rest of sub-Saharan Africa will continue its strong growth despite the much-hyped threat from global video streaming services, and will reach 45.63 million pay-TV subscribers by 2024.

According to new market research from Digital TV Research, the projection is that sub-Saharan Africa will add more than 16 million additional pay-TV subscribers over the next 5 years between 2019 and 2024, for a total of 45.63 million.

While all three are forecast to increase their pay-TV subscriber base over the next half a decade, their proportion is expected to fall to 89% by 2024. 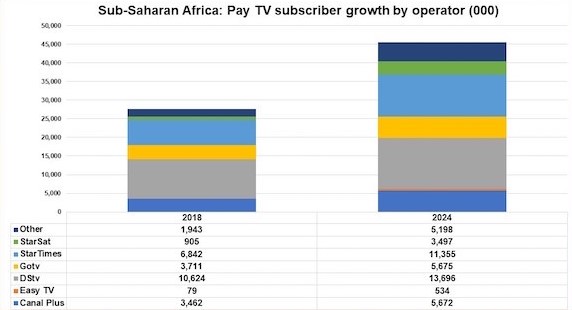 Naspers' The MultiChoice Group that plans to unbundle and spin-off as its own company in the first half of this year had 14.34 million pay-TV subscribers across satellite pay-TV platform DStv and digital terrestrial television (DTT) platform GOtv at the end of 2018.

France's Vivendi had 4.01 million pay-TV subscribers for its Canal Plus satellite pay-TV platform and Easy TV DTT platform by the end of 2018. Vivendi will grow this to 6.21 million by 2024.

Meanwhile China's StarTimes (StarSat in South Africa and Southern Africa) had 7.75 million pay-TV subscribers at the end of 2018 and will grow this to 14.85 million by 2024 - roughly what MultiChoice has currently.

Simon Murray, principal analyst at Digital TV Research, says "Subscriber numbers will climb by 61% over this period, but pay-TV revenues will rise by only 42%, indicating lower average revenue per user (ARPUs)".