TV REVIEW. The shocking TV-trash rubbish dump that was the 13th SA Sport Awards on SABC1 was a horrific cringe-fest that damages the SABC, SuperSport and SA sport - and has no place on South African television. 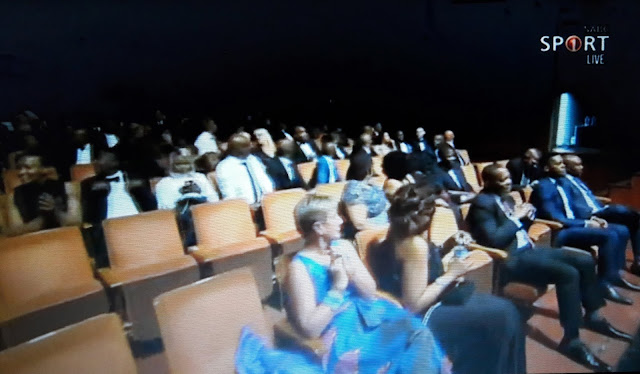 The utterly incompetent and horrific TV-trash that was the 13th South African Sport Awards broadcast Sunday night on SABC1 and in the week on SuperSport on MultiChoice's DStv was a shocking, amateurly done cringe-fest that damages the SABC, SuperSport, and sport in this country - a tele-travesty that has no place on South African television.

The rubbish dump broadcast done from the Sand du Plessis theatre in Bloemfontein on Sunday night showed how little respect the minister of sport Tokozile Xasa, South Africa's department of sport, as well as the SABC and SuperSport as the broadcast partners, have for the viewing audience who are subjected to watching this trash at home.

The extremely bad and worst-ever SA Sport Awards since it started being shown on South African television was very poorly done, and a disgusting and extremely disrespectful mess from beginning to its long-overrun ending - with the poor hosts Udo Carelse, Thomas Mlambo and Vaylen Kirtley fronting it, who had to take the fall as the faces of this unvarnished TV dung heap.

Horrifically bad organisation and stage management, sound problems and bad sound, awful and abrupt sound breaks, shoddy and shaky camerawork, link gaffes, a large and shocking number of empty chairs (getting loving, panning camera shots over and over to show how empty the auditorium actually is) and weird silences were just some of the cringe-inducing stuff that were visible in this awful spectacle.

Incompetent and bumbling presenters were clearly not prepped beforehand or told what they are supposed to do. Struggling to read scripts, it was clear that the majority - if not everyone - read what they had to say for the very first time.

A failing autocue (or asleep autocue operator), terrible directing, the apparent lack of a floor manager, winners abruptly getting played off mid-sentence, and even Tokozile Xasa standing on stage clueless as to what to do or say, was emblematic of how truly trash-bad the SA Sport Awards was.


A rural primary school prize-giving end-of-year award night is better organised and will look better on handycam that the disgusting awfulness the SABC and South Africa's department of sport saw "fit" to showcase to South Africa's viewers Sunday night.

The two-and-a-half hour SA Sport Awards live broadcast trash-fest that went half an hour over time was an unmitigated cringe-per-minute disaster.

It was peppered with unintentionally hilarious production mistakes, like viewers hearing Thomas Mlambo talk backstage multiple times ("What do we have to do next?"), while ironically multiple people stood on stage when they were supposed to talk, unable to say anything.

What there was of the auditorium audience in attendance couldn't bother to clap as they blatantly laughed and gawked at the multiple awkward trash-moments on stage as presenter after presenter stood there sheepishly, looking clueless and utterly helpless.

South Africa, South African viewers and South African sport deserve much, much better than this terrible trash that is supposed to highlight, honour and promote sport and the sport heroes in this country.


Who besides Tokozile Xasa is responsible for this trash? Why does the SA Sport Awards - instead of improving - keep getting worse year after year?

Even the dumbfounded dear Toko - stunned into silence - ended up asking from stage and looking perplexed after getting laughed at: "The autocue. Where is it?"

Why does the SABC do a live broadcast of a bad sports awards show that is has clearly shown in the past it is not capable of doing, and continue to do even worse after months of planning and organising? How much money was spent on the broadcast of this travesty?

Whoever sit behind this televised rubbish are so incompetent that they broke several codes and regulations for both competitions and for broadcasting in South Africa by running a voting/viewer competition but failing to disclose - as must happen - the cost of a SMS on-screen. It's basics, people. 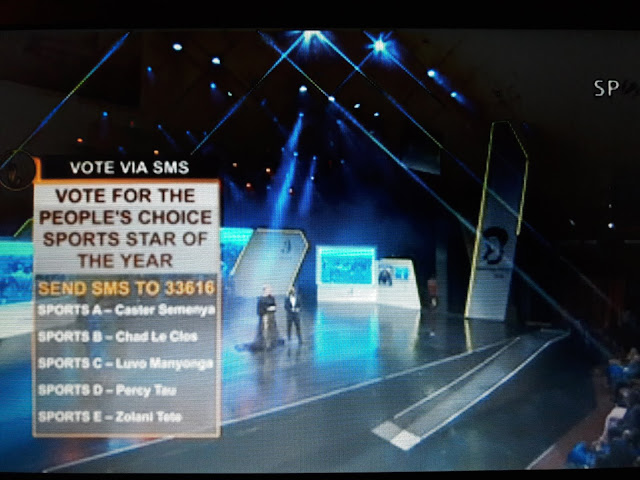 Online and on social media, the department of sport and the SA Sport Awards couldn't even get simple words like "Dstv" and "vist" right.

It also hilariously undermined the SABC and SABC1 by begging for votes by promising ... a DStv decoder - literally creating the marketing impression that a DStv decoder and DStv is more desirable and better than anything the SABC could possibly give away to entice people to vote. 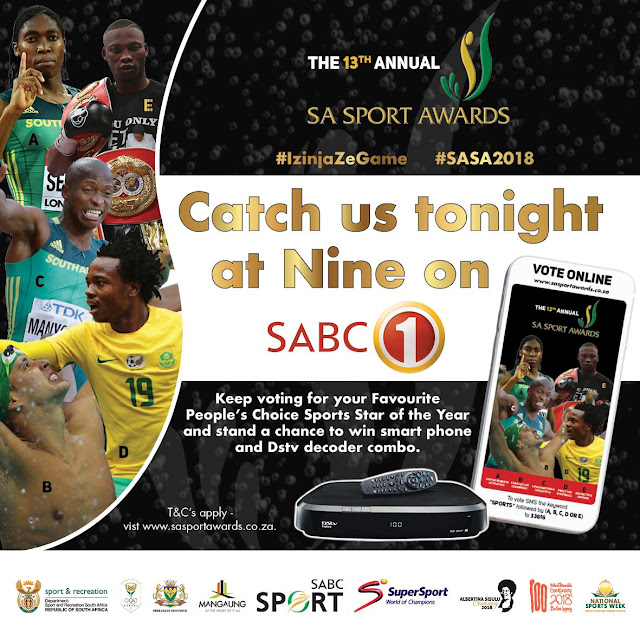 South Africa, and South African viewers, deserve much better than this - whether on pay-TV or public access television. Being on free television doesn't mean something can and should be "less than" or outright rubbish.

Incompetent producers and people who don't belong in television-making are inflicting damage on the country's TV industry by continuing to make completely unacceptable television like the SA Sport Awards that is not just an embarrassment but that brings shame on broadcasters like the SABC, SABC Sport and SuperSport who are attaching their brands to this trash.

How are sport stars and South African sportsmen and women supposed to feel about this SA Sport Awards mess? Does what we saw make them look good (better) and honour them, their achievements and their legacy, or does it denigrade their achievements?

Do better - please - people doing and involved with the SA Sport Awards, or stop doing it.

At this point, after this shocking TV trash dumped on viewers, doing nothing will be better than doing it this badly.
on 2:14:00 PM